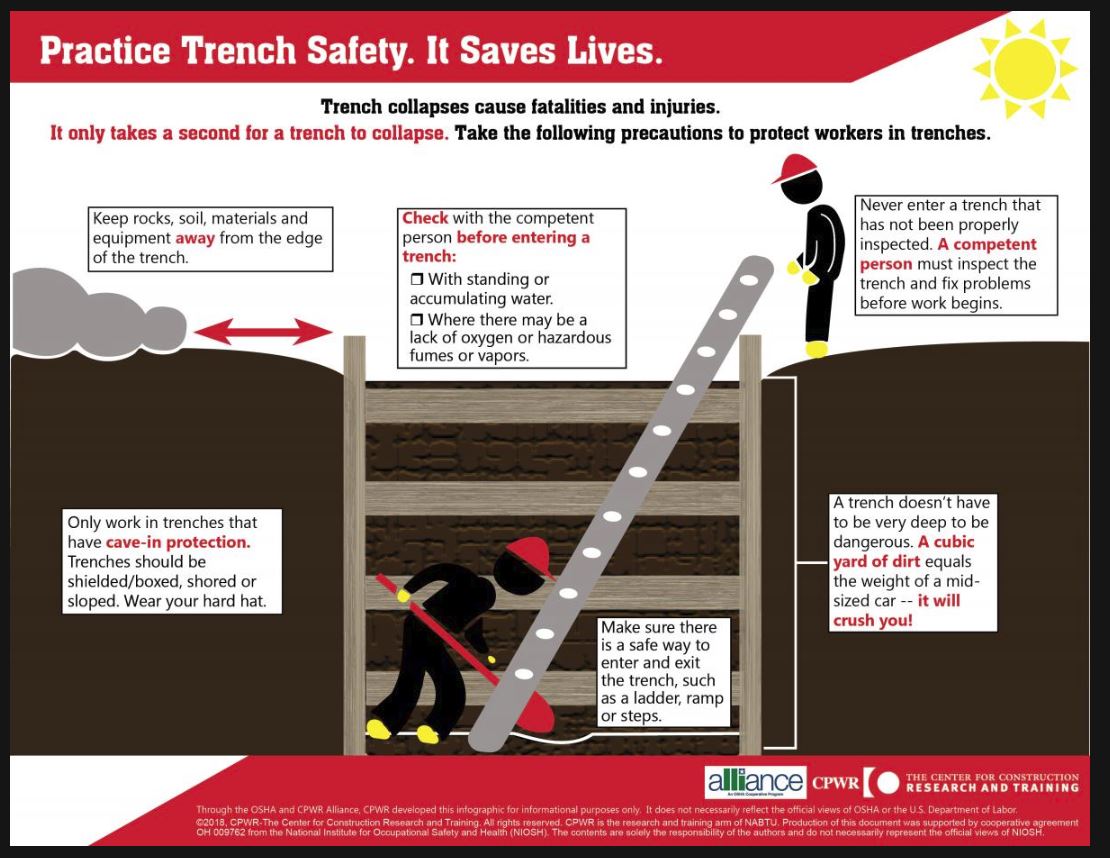 Among the 130 dead workers, 104 were working for the private construction industry and among them 40 died at industrial places and premises, 39 died at private residence sites and 21 died at streets or highways construction sites.

2 of the fatalities occurred in New York. On April 6 2015, 22 year old Carlos Moncayo died in a 14 foot-deep trench that collapsed on him. The accident was completely preventable and the negligent contractor, Harco Construction, was convicted of manslaughter, criminally negligent homicide and reckless endangerment.  A few months later, on September 3rd 2015, 19 year old Fernando Venegas died after a wall collapsed at a Brooklyn construction site. Two other hard hats were seriously injured in the accident that again was completely preventable. Investigators found that no adequate support was provided to support the remaining structure.

In an effort to curb severe injuries and fatalities related to these accidents, OSHA announced that it was organizing a Trench Safety Stand Down from June 17 to June 21. The purpose of the stand down is  to “identify and to reduce hazards which are causing or likely to cause serious injuries and fatalities during trenching and excavation operations… because of the continuing incidence of trench/excavation collapses and accompanying loss of life…”

All construction companies across the country are invited to take a break with their employees and discuss the risks of trenching and excavation and how to use trench protection systems to protect workers from hazards. All employers participating to the stand down will receive a Certificate of participation. Information and  resources to promote trench and excavation safety can be found on OSHA website.