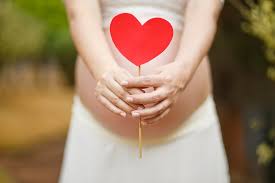 Every year 700 to 900 mothers are dying from health complications during their pregnancy, during the child-birth or post partum.  According to a recent article written by Nina Martin and Alessandra Freitas for Pro Publica little is known about the circumstances of these deaths except that 60% of them could have been prevented. Often hospitals concentrate on the baby but forget about the mother’s health.  Mothers too can suffer and die from birth injuries.

When such a tragedy hits a family, the grief and sometimes the guilt is so intense that members of the family are reluctant to share their story. The death circumstances are often kept private and not mentioned in the obituary. Medical institutions  have never been a trusted source of information when it comes to deaths related to health complications of their own patients especially if medical malpractice is suspected. Additionally, official statistics on maternal fatalities are so poorly reported by states that the United States hasn’t reported an official maternal mortality rate since 2007 according to a recent study published in The Journal of Obstetrics and Gynecology.

In an effort to try to put a face and a name on these 700 to 900 mothers who died in 2016, Nina Martin and Alessandra Freitas decided to launch a major investigation. They hoped that they would gather enough information about the circumstances of these mothers’ death to be able to get picture of  who these women were and why they died. They spent months searching social media and various other sources to identify these mothers. So far they have found 120 of them.