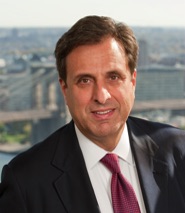 In 2012 Elissa McMahon went to Lenox Hill Hospital in New York City for a fibroid removal. At the time of the surgery, pathology slides from Lenox Hill Hospital clearly indicated that the patient had cancer but doctors failed to diagnose it. Two years later she went to a doctor after suffering from severe back pain. She was diagnosed with stage 4 cancer. 6 months later she consulted with our firm and discovered that the statute of limitations had passed and that she was unable to sue. Our partner Jeffrey Bloom is now helping Elissa McMahon in her battle to change the law and get justice. If the law goes through in the next session Elissa McMahon, a 46 year old single mother of a teenage son, will be able to bring a lawsuit. If it doesn’t pass this session she will have to wait until next year. She has stage 4 metastatic cancer and told the News “Even if my son can’t benefit from this, there are other people in similar situations.”

Below is a video of Elissa McMahon in which she discusses her tragic situation with Jeffrey Bloom. Jeff traveled to Albany in support of Elissa and others in her situation to push for the passage of Lavern’s Law. It is a travesty that the Republican’s in the legislature have been blocking this law.