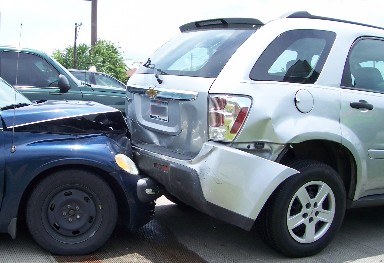 The Traffic Injury Prevention Journal  recently released a study comparing traffic accidents involving novice teen drivers and experienced adults. The study uses data from the Strategic Highway Research Program 2 (SHRP2) Naturalistic Driving Study. Naturalistic driving is a new approach of analyzing driving behavior. In the SHRP2 naturalistic driving study, 2,360 drivers of all ages and genders across the US agreed to have their driving behavior electronically monitored. For a specific period of time, each participant’s car was equipped with high tech data-collecting devices that analyzed their day to day driving activities and behavior.

A team led by researchers from the Center for Injury Research and Prevention at the Children’s Hospital of Philadelphia used the naturalistic driving data to compare crash rates and rear-end striking crashes among novice teens and experienced adults.  Researchers found 539 crashes involving novice teen drivers (16 to 19 years old) or experienced adult drivers (35 to 54 years old). They looked at data from onboard instrumentation such as scene cameras, accelerometers and GPS to  identify rear-end crashes. Each of these rear-end collisions were then analyzed to obtain information about impact velocity and severity of the crash.

The study found that rear-end crashes represented 43% of all significant at-fault crashes. Novice teen drivers had a crash rate of 30 per million miles driven and a rear-end striking crash rate of 13.5 compared to respectively 5.3 and 1.8 per million miles driven for experienced adult drivers. The median impact velocity for rear-end crashes was 18.9 mph for novice drivers and 2.8 mph for experienced drivers. Rear-end crash severity was also higher for teens than for adults.

END_OF_DOCUMENT_TOKEN_TO_BE_REPLACED

Half a million people suffered personal injury and 1,700 died in more than 1.7 million rear-end vehicle accidents in 2012 in the US. Many of these accidents could have been avoided or at least mitigated if vehicles were equipped with collision warning systems paired with active braking systems according to a new Special Investigation Report from the National Transportation Safety Board (NTSB) entitled “The Use of Forward Collision Avoidance Systems to Prevent and Mitigate Rear-End Crashes“.  In the report the NTSB demonstrates the efficiency of such systems and criticizes the National Highway Traffic Safety Administration for not doing enough and being to slow in implementing performance standards for these technologies. The  report also notes that manufacturers have too little incentive to add these technologies to their new vehicles.

Picture: before and after a rear-end crash courtesy of Wikipedia