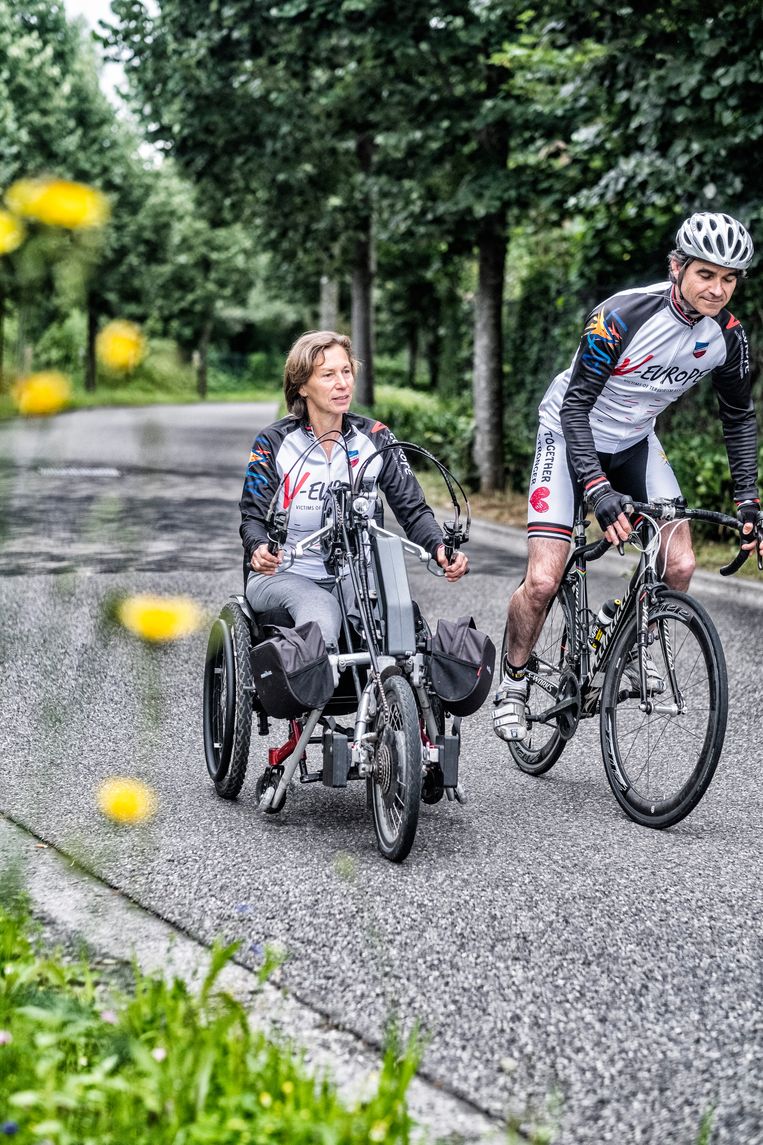 We would like to warmly congratulate two of our clients, Marion Van Reeth and Aristides Melissas for their amazing performance last July, climbing Mont-Ventoux, one of the most difficult climbs of  Tour  de France!

The couple who suffered critical injuries during the terrorist truck attack that took place on the Greenway, downtown Manhattan on October 31st 2017,  were among 10 other victims of  terror attacks who climbed Mont-Ventoux on July 6 ahead of the Tour the France cyclists to support victims of terrorism and call for worldwide solidarity and generosity.

A symbol of the long fight that terror victims endure while recovering from their injuries and trauma, the climb marks the 20th anniversary of the 9/11 attack in the US and the 5th anniversary of the Brussels and Nice attacks and was organized by Tour the France with Association Française des Victimes du Terrorisme and V-Europe.