16 people died in traffic accident in the city last April compared to 12 during the same month a year before and 11 in April 2017. Traffic fatalities are on a declining trend in New York since Mayor de Blasio implemented the Vision Zero Program. While the monthly traffic deaths were above 20 in April 204 and 2015 they stayed below 20 for the last 4 years, reaching their lowest for a month of April in 2017 with 11 deaths.

It is interesting to notice on the graphs below (click on them for full size view) that every year the number of traffic accidents usually reaches a low in February, increases in March and then slightly decreases again in April before increasing again and staying above the trend for the summer and fall months. Injuries also show some type of seasonal pattern but after a dip in February they usually increase gradually in March and April  but stay below the trend line before shooting up above the trend line in June and staying above it for the summer and the fall months.  Car accidents fatalities do not show as much seasonal pattern as the number of accidents and injuries. 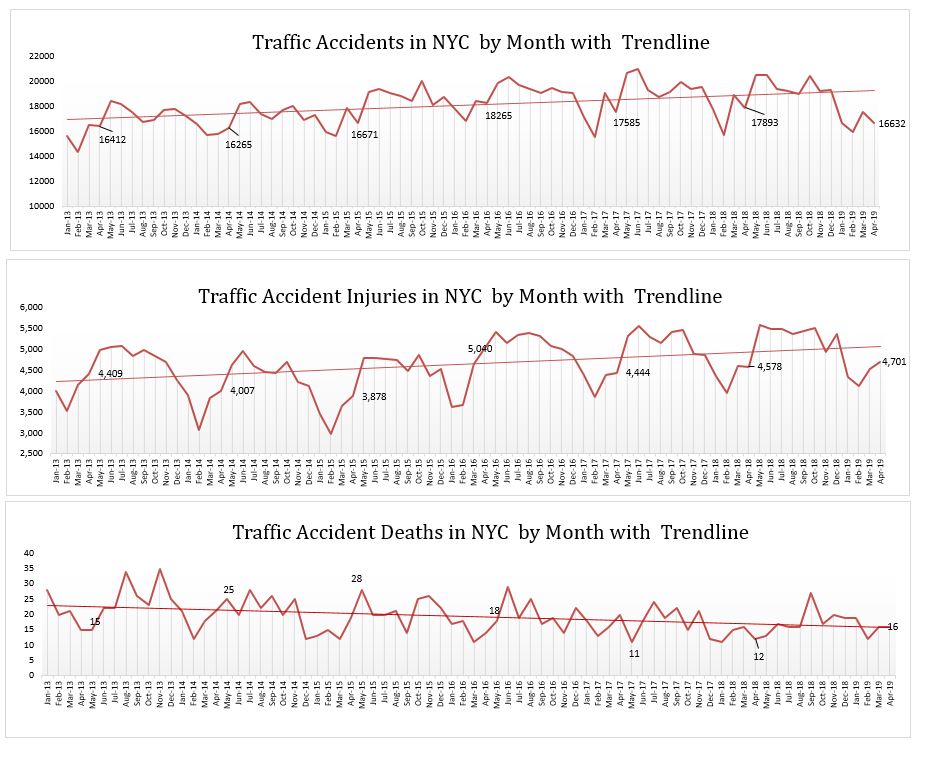 The rising trend in car accident injuries in New York is mostly related to a significant increase in motorists injuries and to a lesser extent to bicycle accident injuries. Passenger and pedestrian injuries are on a declining trend.   Vision Zero initiatives such as reducing the city speed limit to 25 mph or the introduction to the Right of Way law have led to a significant decrease in pedestrian deaths and injuries. However so far, Vision Zero hasn’t been doing much to deter distracted driving which is the number one cause of accidents in the city and which might be an important factor in the increase of motorists injuries. Since April 2015 the monthly number of motorists injured in car accidents in April was always above 2000. 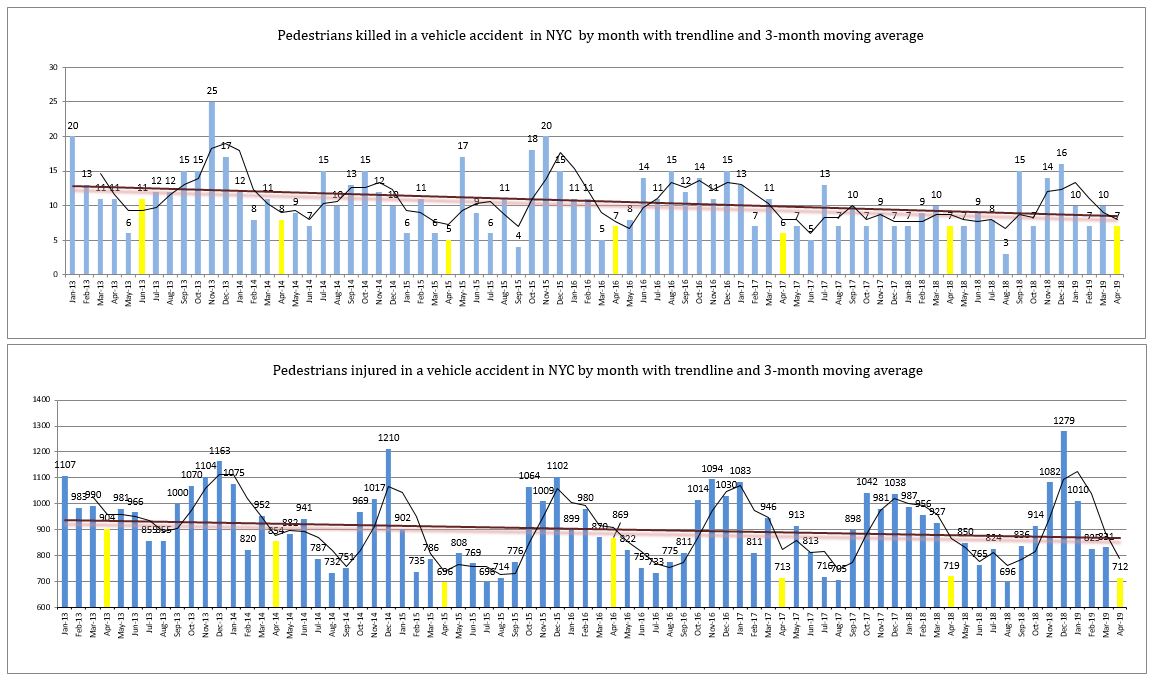 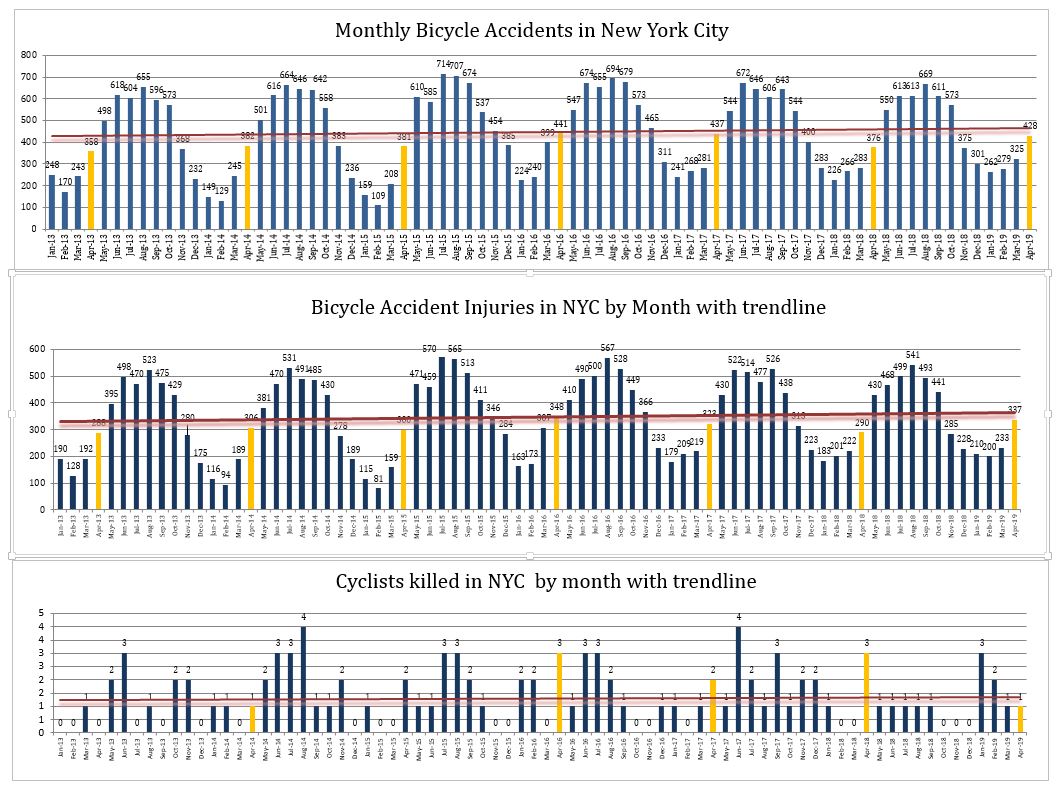