While looking at past statistics,  we notice a seasonal factor that causes the number of crash injuries to always increase during the month of May compared to the previous months of  February, March and April. Last May the auto accident injuries in New York City increased to a record number.

Vision Zero initiatives have helped curb the number of fatal crashes, however the global number of traffic accidents in New York City keeps on increasing as well as the injuries resulting from these accidents. (Click on Graphs for full size view) 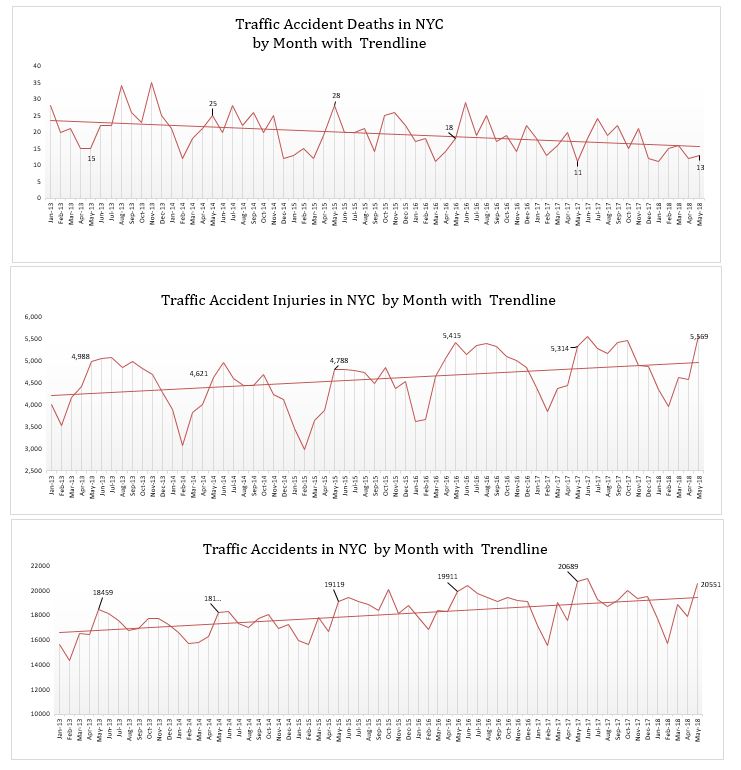 Despite a decline in motor vehicle accident fatalities in New York City, pedestrians continue to be the road users the most at risk of dying in a crash

The graph below clearly shows that the street safety initiatives launched as pat of the Vision Zero program lead to a decline in fatal crashes. So far, since the beginning of 2018, the monthly number of people dying in traffic accidents was constantly below 20. This is the first time this occurred since Vision Zero started.

1 person died and 430 others were injured in 550 bicycle accidents in New York City last May. The total number of  bicycle accidents for the month of May reached its highest in May 2015 with 610 bike accidents. That was the only time that this number went over 600 in May.  The global stabilization of bike accidents and the resulting injuries and deaths over the last 3 years may be correlated to the growing number of protected bike lanes installed in the City as well as the implementation of other Vision Zero initiatives to protect cyclists. Last year the DOT added 77 miles of bike lanes in New York City including 25 miles of protected bike lanes.

The De Blasio administration has been pushing New Yorkers to use more sustainable ways of commuting through the city to decrease carbon emissions. These days, an average of 460, 000 bike trips are recorded every day in the city, a 156% increase over the last 10 years.

The bike share program Citi-Bike that started 5 years ago has been an important factor in the increase in bike rides in the city. In 2014, Citi Bike recorded 8 million rides. This number increased to respectively 10 million, 14 million, and 17 million bicycle rides in 2015, 2016 and 2017. 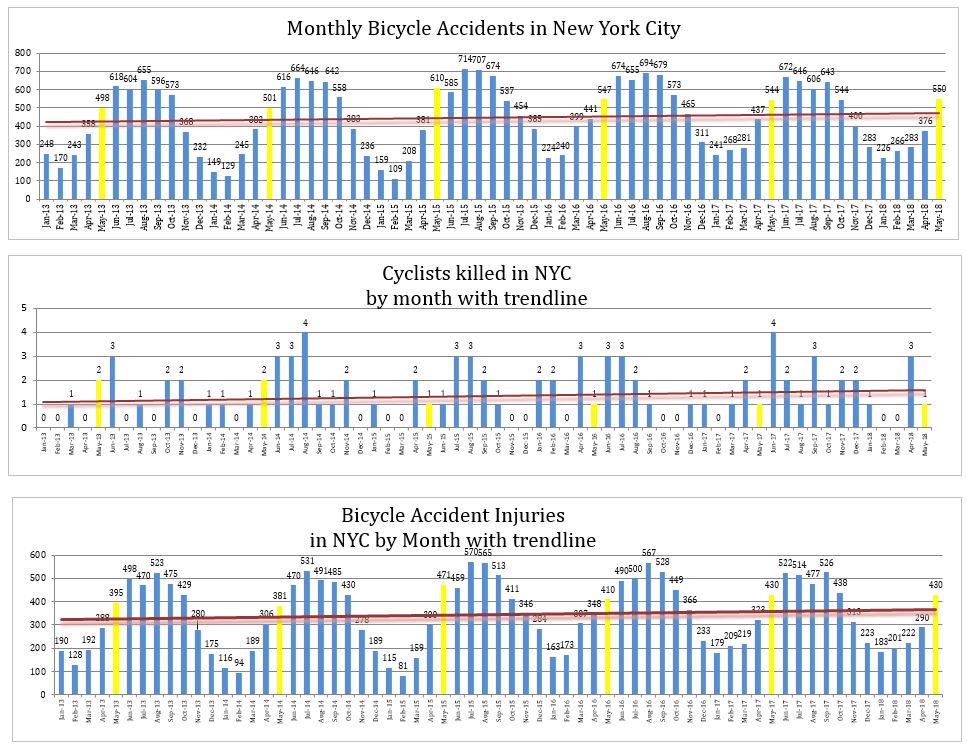 Truck accidents continue to be a concern in New York City