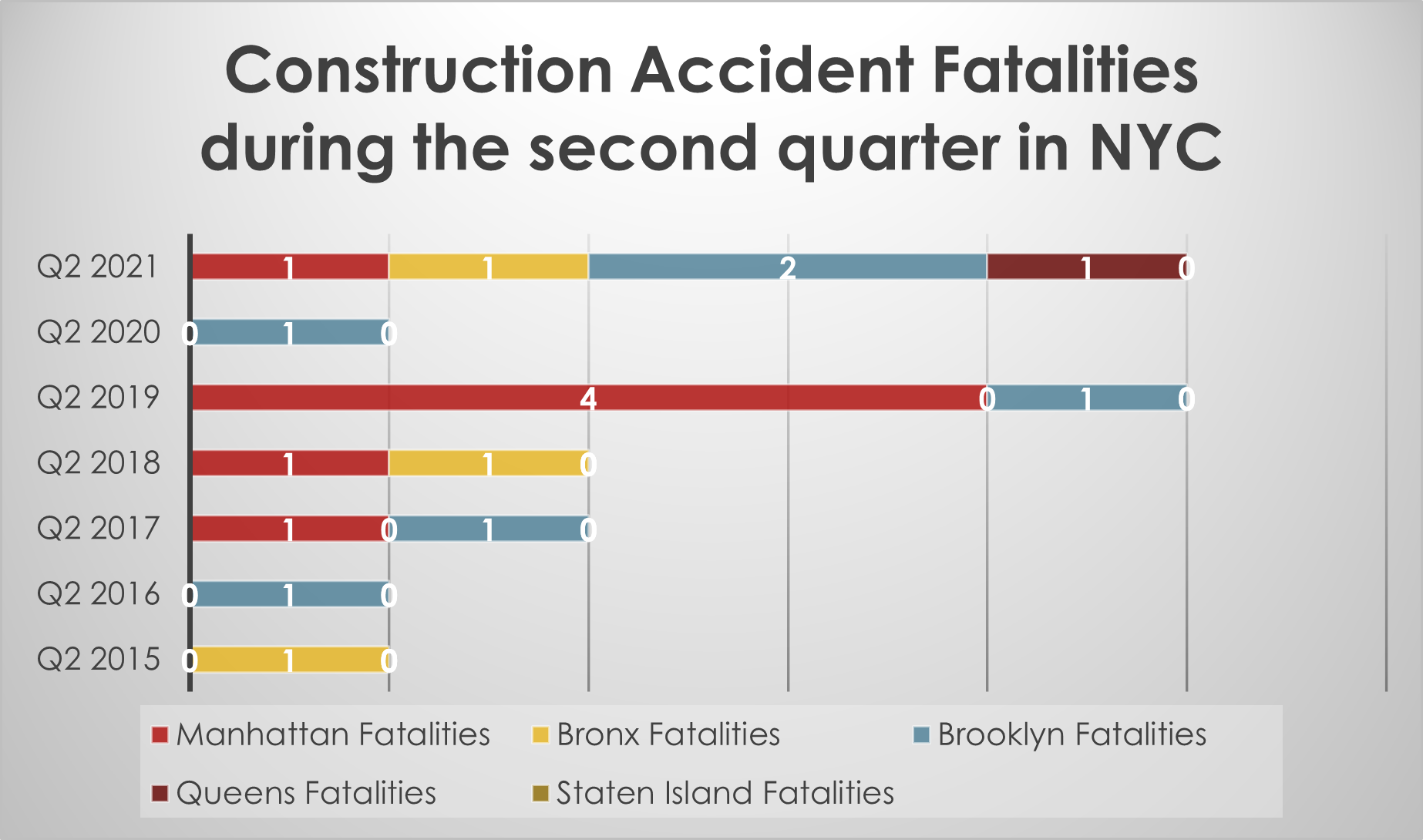 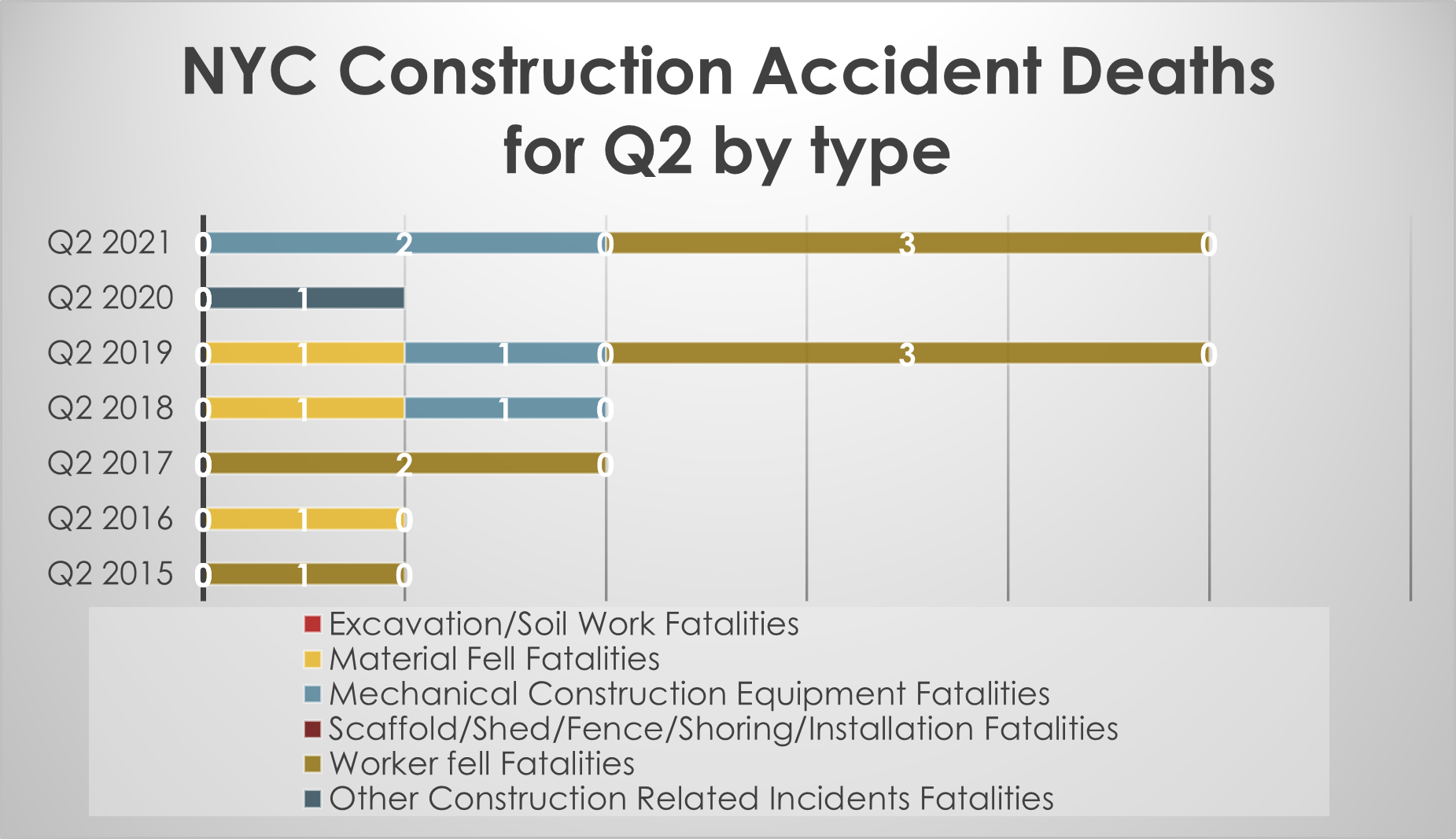 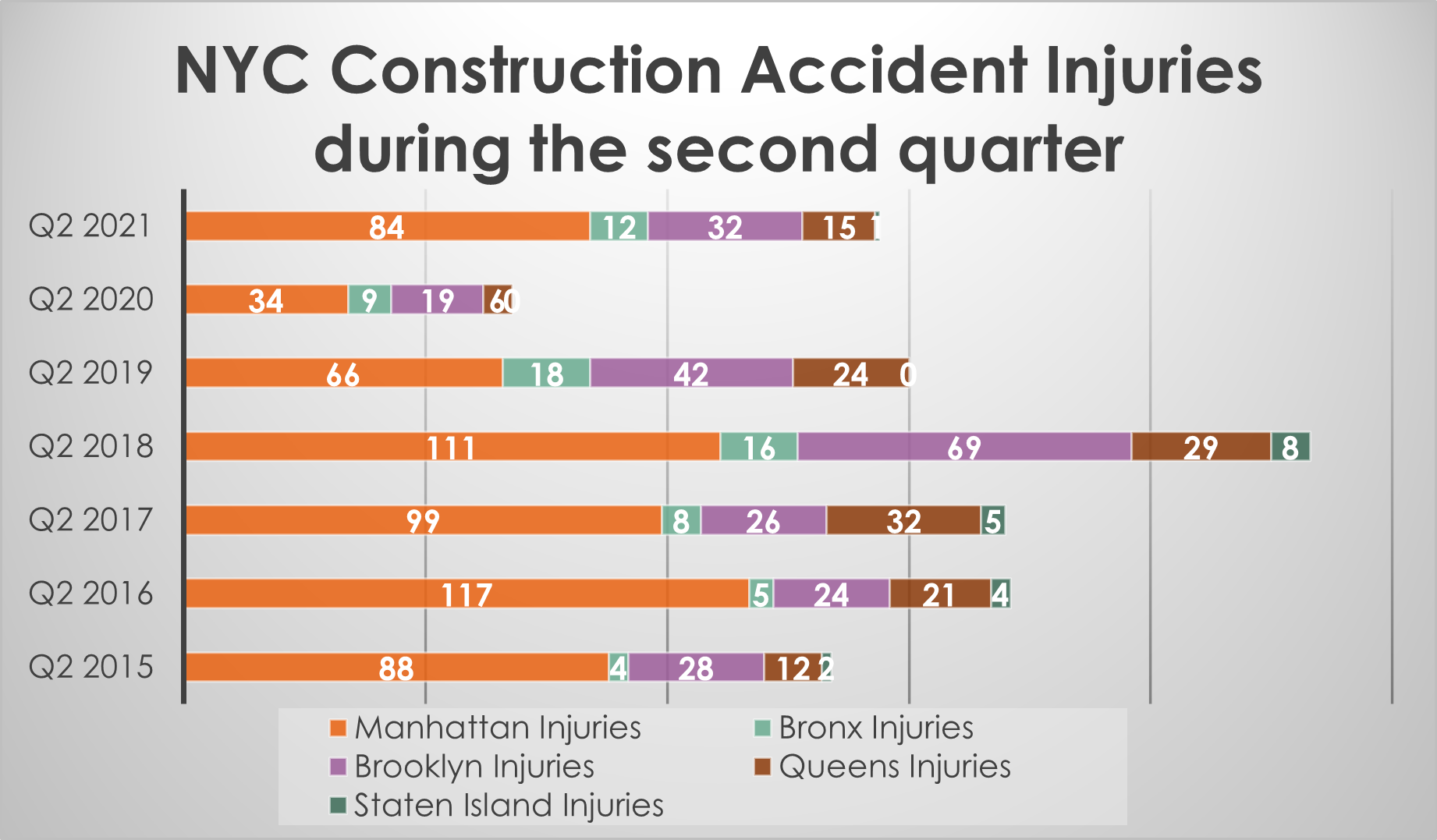 Fall related injuries remain the most important cause of injuries among New York construction workers. During the second quarter, 57 workers were injured in a fall, 5 of them were injured in scaffold accidents, 3 of them in accidents linked to material falls and 2 of them in accidents involving mechanical construction equipment. Another 77 injuries were classified as others. These are often minor injuries.