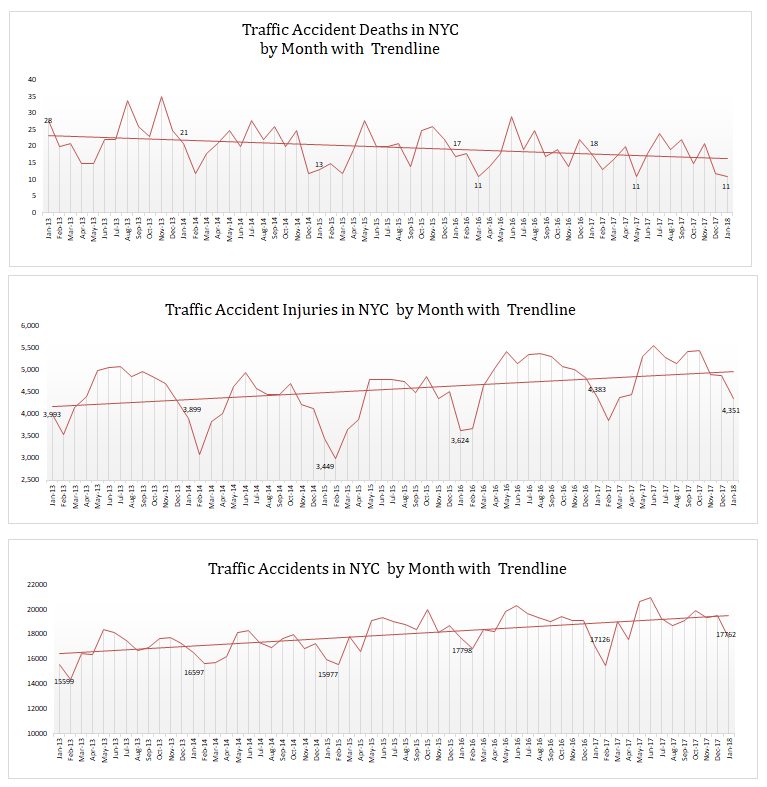 Despite being on a declining trend, pedestrian deaths continue to account for most traffic fatalities in New York City. 7 of them died in auto accidents in January while 2 motorists, 1 passenger and 1 cyclist also died during the same month.

In January 2013 before Vision Zero, 20 pedestrians died in auto accidents in the City. After Vision Zero was launched the number of pedestrian deaths never went above 13 in January. It reached its lowest in January 2015 with 6 deaths.

Pedestrians have a higher risk to be struck by cars during the months of October, November, December and January. Accidents often occurred at the end of the day as people get out of work after sunset and are less visible by motorists. The number of pedestrian injuries usually fluctuate around 1000 in January. In January 2013 before Vision Zero was launched the number of pedestrian injuries was 1107. It went down to 1075 in 2014, to 902 in 2015 and reached its lowest at 899 in January 2016. It went back up to 1083 in 2017 and decreased slightly to 987 last January. 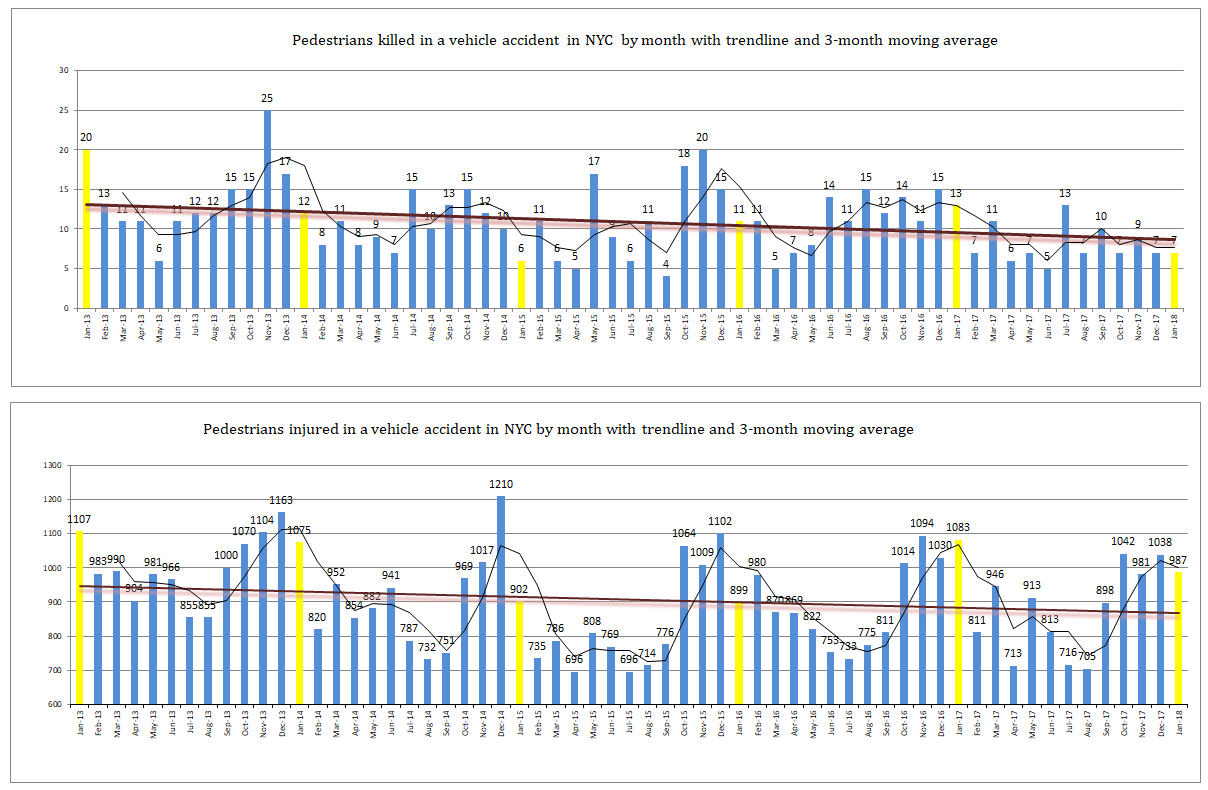 Drivers and passengers account for the biggest part of the traffic injuries. 1914 motorists were injured in car accidents last January compared to respectively 1851, 1524, 1133, 1295 and 1336 in January 2017, 2016, 2015, 2014 and 2013. Over the last 3 years the number of motorists injured in traffic accidents in New York City has almost doubled.  Distracted driving which is the number one cause of accidents in New York City is most probably a factor in many of these accidents. 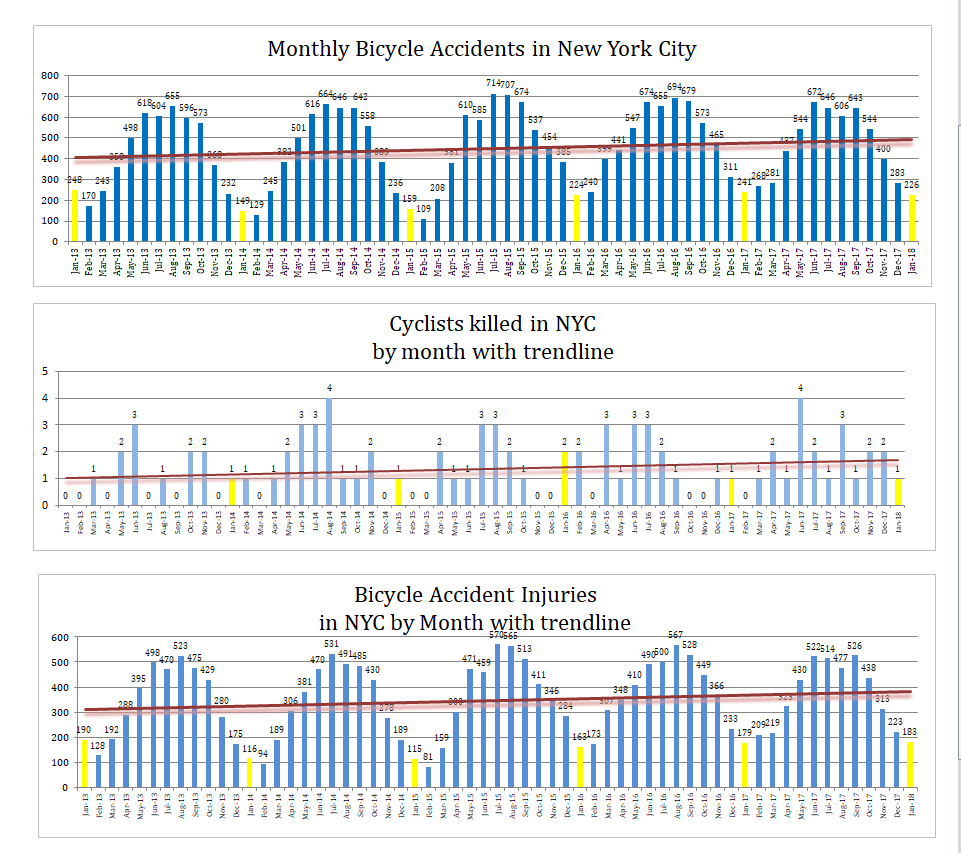