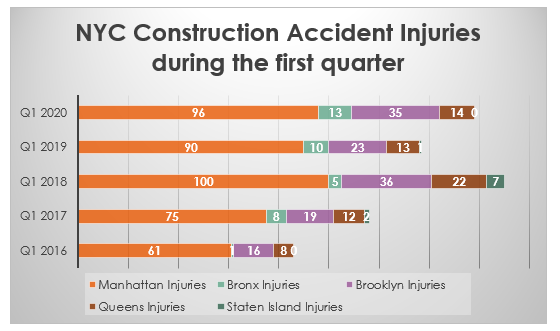 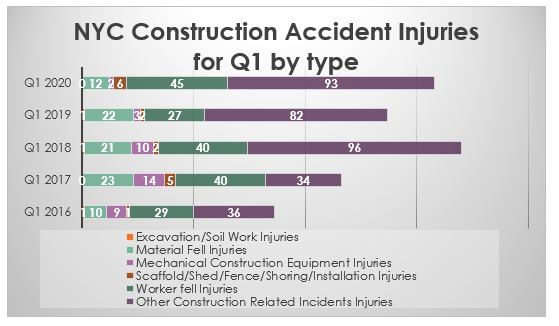 1 construction worker died in Queens on February 20. 50 year old David Johnson, a unionized welder who had difficulty finding work accepted a non unionized gig at a dangerous demolition site. The floor he was standing on gave way and he died buried in the debris (see previous blog).  Over the last 5 years Queens and Manhattan both recorded  3 fatalities during the first quarter while Brooklyn recorded only one death and the two other boroughs, none. 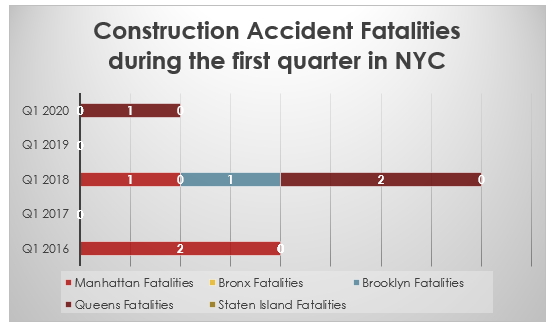 Injuries related to falls are the most common and so are the fatalities. Over the last 5 years among the total of 7 deaths that occurred on NYC construction sites during the first quarter, 3 were related to falls. That is almost half of them. The death that occurred in February was related to material falling. Because of the nature of their activity, workers on demolition sites have a high risk of accidents and therefore they should be provided with all the necessary safety measures and equipment. In the death of David Johnson, the DOB investigation is still ongoing but preliminary reports indicate that safety logs were missing at the site and multiple instances of non compliance were present at the job site. The demolition was also not following sequence. A violation was issued for failure to safeguard persons and property affected by the demolition and more violations are expected to be issued after the investigation will be completed. 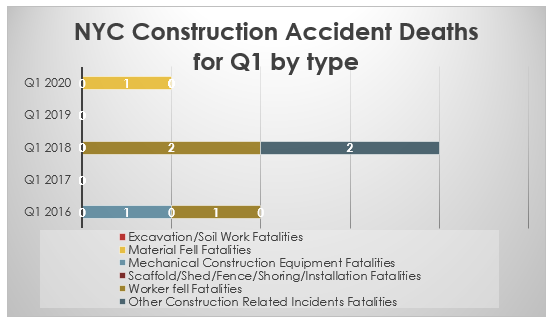