A teacher at KIPP NYC who allegedly groomed and sexually abused a female student for years was recently arrested and the school’s principal was fired for not proprely handling the matter.

39 year old Cesar Sanchez, a science teacher at KIPP Washington Heights Middle School, started to make lewd and sexually suggestive comments to the victim when she was in fourth grade and became more and more aggressive in his behavior. By the time the girl was in seventh grade, he was groping her.  The abuse stopped when the class was remote during the covid19 lockdown and started again when students started to attend school in person again. According to the complaint, Sanchez touched the student’s breast and pushed his crotch against her. The abuse was discovered after another female student complained to her parents that Sanchez blurred student-teacher boundaries by asking her to be friends on Instagram which made her uncomfortable. The parents reached out to school officials and during a conversation with them the girl told them that she had heard Sanchez had been behaving inappropriately with another girl.

Sanchez was considered an excellent teacher and was the recipient of the 2018 New York Family “Blackboard Award”. He is married to another KIPP school principal and has two children.  He was arrested and arraigned on December 23rd and charged with sexual conduct against a child and endangering child welfare.

END_OF_DOCUMENT_TOKEN_TO_BE_REPLACED

From sexual abuse to physical or emotional abuse as well as maltreatment and neglect, child abuse can have various forms. It occurs when a parent or a caregiver causes injury or death to a child because of his or her action or failing to act.

Sometimes however, mandated reporters hesitate to report suspicion of child abuse. In a recent article, Dr. Michaela A. Medved, MA, TSSLD, CCC-SLP, ClinScD, a Clinical Assistant Professor at Yeshiva University’s Katz School of Science and Health in New York City and Daniel Pollack, MSW, Esq., a professor at Yeshiva University’s School of Social Work in New York City  explains why some mandated reporters hesitate in reporting their suspicions. They found in a previous study that reporters are more reluctant to report their concerns when the abuse is mild or less apparent or experienced by children with disabilities.

END_OF_DOCUMENT_TOKEN_TO_BE_REPLACED

A nyc school teacher was arrested for having sex with an underaged victim. 31 year old Zeshaan Naqvi is a teacher at The Young Women’s Leadership School in Jamaica, Queens, a girl only NYC public school serving more than 500 girls in Grades 6 through 12.

The teacher knew that the victim was underage

The sexual predator who lives in Queens Village in NYC met his victim, a teenage girl, online and knew she was underage. They chatted online for 3 months after which the teacher booked a flight ticket to Tampa and a hotel room on Falkenburg Road in Tampa, FL.

END_OF_DOCUMENT_TOKEN_TO_BE_REPLACED

Jerry Harris, one of the stars of the Netflix show “Cheer” has been arrested after he was charged with producing child pornography.  The 21 year old man admitted to the FBI that he had been interacting with several minors on Snapchat asking them to send him pictures and videos of their genitals.

Jerry Harris is also the subject of a lawsuit which was filed 3 days ago on behalf of two twin boys. According to the complaint, Jerry sent them sexually explicit pictures of himself and tried to corner one of them in a bathroom and  asked him to perform oral sex on him.

Jerry Harris became a TV star after the show Netflix “Cheer” started to follow his cheerleading team from Navarro College in Texas in its attempt to win the national title.

END_OF_DOCUMENT_TOKEN_TO_BE_REPLACED 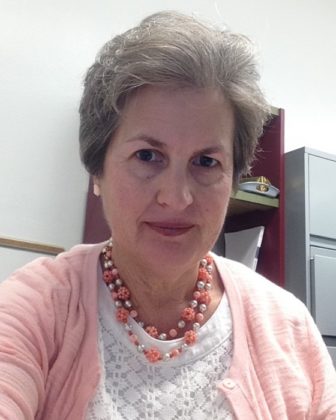 Peer on peer child sexual abuse occurs when a child sexually abuses another child. In the US, States and even regions have different views and legislation when it comes to defining “peers” and if a sexual act between teenagers is consensual and legal or punishable.  In a recent article in Youth Today, Daniel Pollack M.S.S.A. (M.S.W.), Esq., a professor at the School of Social Work, Yeshiva University, New York City and Lori S. Kornblum, Esq. an adjunct faculty member at Marquette University Law School and an instructor at Milwaukee Area Technical College (Paralegal Department) explain why the law and terminology should be standardized when if comes to  sexual activities among teenagers.

While it is quite common for teenagers to have a sexual relationship with each other, their relationship can be legal or illegal depending in which state it occurs.  In many states teens under a certain age are unable to consent and sexual activity under that age is criminalized as “statutory rape”. The age of consent often varies between 16 and 18 year old. However because many teenagers below the age of consent are having sexual relationships, many States have adopted “Romeo and Juliet” laws that decriminalize sex between two teens as long as it stays between a specific age-gap, The age-gap however differs from one State to the other and can go from 2 years to 6 years. The age-gap laws only apply if the sex was consensual between both teens and no violence is involved.

According to the authors of the article the age-gap laws tend to make more uniform the manner how similar aged teens having a sexual relationship are prosecuted or not and put in place general community standards in regards to this particular behavior. The age-gap laws tend to standardize punishment but don’t address larger issues and questions such as whether  older teens should have sex with pre-teens.

END_OF_DOCUMENT_TOKEN_TO_BE_REPLACED

Well before the passage of the Child Victims Act, the child sexual abuse attorneys at Gair, Gair, Conason, Rubinowitz, Bloom, Hershenhorn, Steigman & Mackauf have been fighting for justice on behalf of victims of sexual abuse.  Our top results speak to our commitment to ensuring survivors of sexual abuse receive justice.

It is for these reasons that we support the recent extension of time to January 14, 2021, for survivors of child sexual abuse to file a claim for monetary damages against their abusers and the institutions that allowed the abuse to happen.

In 2019, the New York State legislature enacted the Child Victims Act (“CVA”).  Before the CVA was passed, survivors of child sexual abuse had a very limited period of time (known as a statute of limitation) in which to bring a civil lawsuit against their abusers.  The CVA did two important things: (1) extended the statute of limitations for civil claims, allowing survivors to file a claim until they are 55 years old; and (2) opened up a one year “look-back” window that allowed victims whose sexual abuse claims were previously barred by the old statute of limitations, to file suit.  This one year “look back” which was supposed to expire on August 14, 2020 has been extended by Governor Andrew Cuomo from August 14, 2020 until January 14, 2021.  Our New York sexual abuse attorneys are eager to continue to fight on behalf of survivors of sexual abuse and help them secure compensation that will ensure they are protected for life.

END_OF_DOCUMENT_TOKEN_TO_BE_REPLACED

As investigations continue into past clergy sexual abuses, Propublica found that many of the priests that had been accused of abusing children were sent abroad by the Catholic Church and some continue to work with children.

Many abusers were sent to Mexico

In an article released Today, Propublica reveals that investigators were able to track 51 priests who had been accused of sexually abusing children and who were then kept on the church payroll but sent abroad in various countries such as Ireland, Nigeria, the Philippines and Mexico (21 of them were sent there).  One of them was Rev.Jose Antonio Pinal. Back in the 80ies Pinal was a young Mexican priest sent to the Parish of Sacred Heart Catholic Church in Gridley, a small city in rural California. Pinal developed a friendship with a family of Mexican immigrants and helped them with some administrative tasks such as filling an application for food stamps. Their son Ricardo who was 15 at the time was encouraged to become an altar boy. When Ricardo went to the Parish, Pinal gave him alcohol, showed him porn movies and raped him. After the rape was discovered, lawyers assured Ricardo’s family that Pinal would never been allowed around children again.