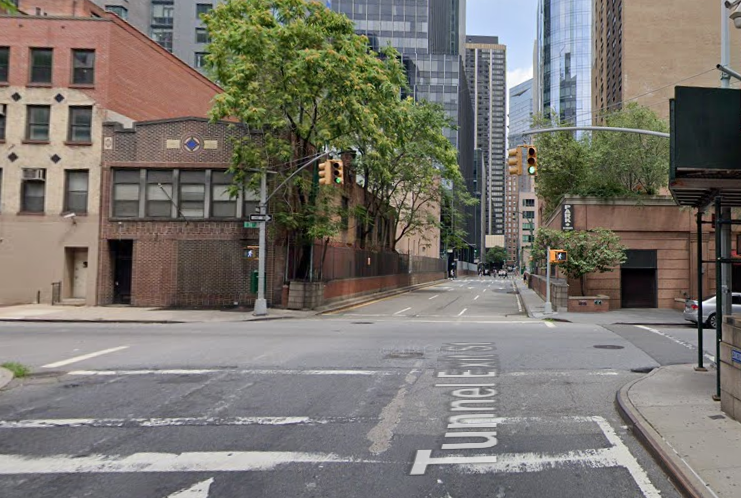 A Man who was seriously injured in a e-bike accident near the Queens-Midtown tunnel on Saturday November 28th died from his injuries, the NYPD announced on Tuesday. 28 year old Jakir Hossain from the Bronx was riding an electrical bike on East 38th Street, Saturday November 28th around 8:45 pm when he was struck by the driver of a Rolls Royce convertible travelling North on Tunnel Exit Street. The cyclist was ejected from his bike and suffered multiple trauma to his head and his body. He was transported to the hospital where he died from his injuries after more than a week of pain and suffering.

The 30 year old driver of the Rolls Royce was not charged. The investigation is still ongoing. The report mentions that the driver had the green light . Tunnel Exit Street is notoriously dangerous. Drivers are speeding and visibility is bad. Last year 17 crashes were reported on this short street segment.

The death of Jakir Hossain once again demonstrates that while more and more people are riding bicycles in  New York City, many streets of the city are still extremely dangerous to ride and more should be done to protect cyclists. Read more in Street Blog

END_OF_DOCUMENT_TOKEN_TO_BE_REPLACED

After a pedestrian was killed by a reckless cyclist in Central Park a few months ago, the city decided to lower the speed limit to 20 mph from 25 mph in Central Park. Signs will be installed in the next few days and the new speed limit will be in effect immediately after their installation is completed.

73 year old Ronald Corvin is suing Citi Bike for the traumatic brain injury he suffered after a bicycle accident during which he fell from one of the Citi Bikes he was riding. The Citi Bike lawyer is arguing that the man should have worn an helmet. However Citi Bike stations in New York do not provide the option to rent helmets at their docking station. This option exists in Canada and in Australia where Alta, the Citi Bike operator, has installed helmet rental kiosks for their clients. Read more in the NY Daily News

It will be interesting to follow the evolution of this case as the Citi Bike program doesn’t have any insurance on their bikes. The cyclists using the share program are responsible for the damages incurred while they are using the bike. (read more here)