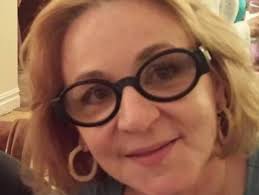 On April 24th, 41 year old Dameon Doward was riding his bike on 57th Street.  He ran a red light at the mid-block traffic signal between Fifth and Sixth Ave and struck Donna Sturm who was crossing the street in the crosswalk after the light turned green for pedestrians. Sturm died two week later from her injuries. Daemon Doward  was initially issued a summons for running the red light. However, he was arrested yesterday by the police and charged with second degree reckless endangerment, a top level misdemeanor that could send him in jail for a year.

Doward was delivering food at the time of the accident. Those who hire bicyclists for deliveries of their products need to provide safety instructions, appropriate supervision and insurance coverage in the event of negligence leading to injuries and deaths.

Our managing partner, Ben Rubinowitz is representing the family of Dona Sturm and the following statement was issued after her death on behalf of the family:  “Donna Sturm was a vibrant, energetic and wonderful woman who died as a result of carelessness and negligence. She died because a bicyclist completely disregarded the law. She was crossing a street, in the crosswalk, with the light in her favor when she was struck. Unfortunately, she suffered horrific head injuries and, although the doctors tried their best over the last week, they were unable to save her life,”

Read more in The Patch