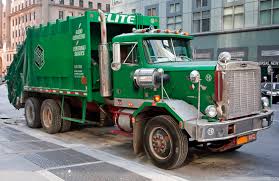 Private garbage truck companies are responsible for too many deadly truck accidents in New York City.  Since 2010 43 New Yorkers died after they were struck by a private dump trunk. Something has to be done to reduce these deadly accidents.

In New York the Business Integrity Commission (BIC) is in charge of overseeing this industry. BIC was created 20 years ago with the main purpose to run background checks to root out potential mob ties. The commission doesn’t have the legal power to impose safety standards for privately owned garbage trucks.

On  Monday, members of the Commission appeared in a hearing about the private trash hauling industry in front of the New York City Council. BIC Chair, Dan Brownel asked the Council to provide BIC with more authority so that the Commission has the legal power to enforce safety protocols.

Private garbage trucks have much deadlier track records than those from the Department of Sanitation (DOS). This is mainly because drivers working for private trash haulers have to cover a huger geographic area while DOS drivers have a much shorter route and cover only a small geographic area. The city proposed a zone collection system for private trash hauling companies but it may take up to 6 years to implement it.

One driver who works for a private company told StreetBlog that he was forced to work 16 hours shifts and to make up to 1000 stops a night. BIC doesn’t have the legal power to restrict the number of hours per driver, to impose safety training or to require side-guards which prevent pedestrians or cyclists to be run over by a truck’s rear wheel. The Commission has so little power that it can not even mandate the suspension of a driver who killed someone.