January is usually a month during which the amount of bicycle accidents and the resulting injuries and deaths are around their lowest of the year. The bad weather and freezing temperatures prevent many New Yorkers and most visitors to ride a bike like they would on a warmer day in the spring, summer or fall.

Since 2013, bicycle accident injuries and deaths are on a rising trend as more cyclists on the roads also result in more accidents. 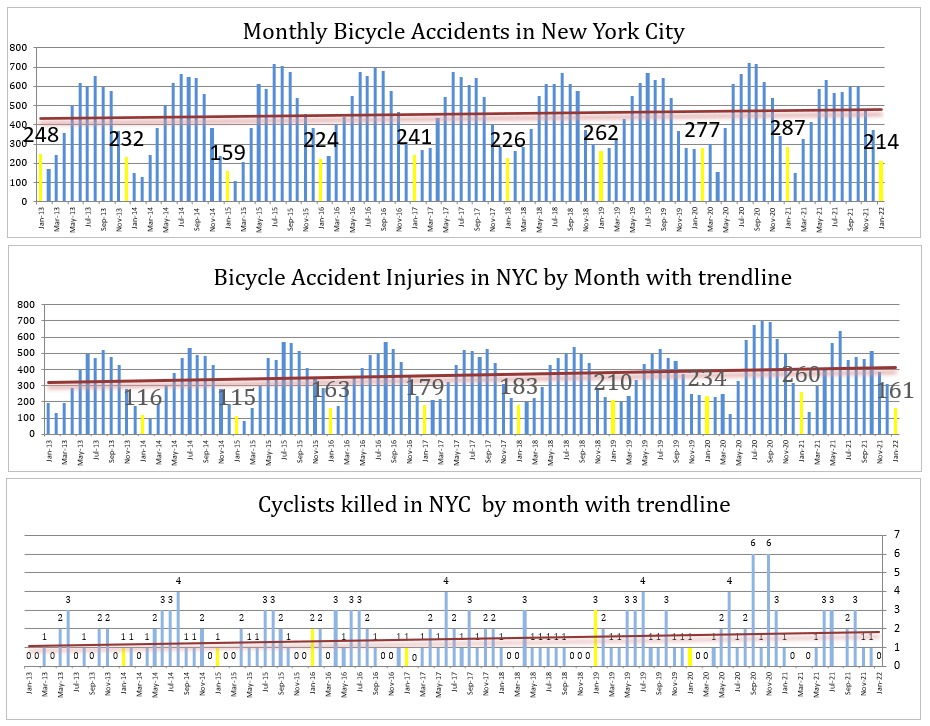 Motorcycle accidents are the most seasonal statistics of all motor vehicle accidents.  Icy roads, reduced visibility, snow, rain  and extremely cold temperature are difficult and dangerous for motorcycle riders and most of them do not ride during the winter. 64 motorcycle accidents were reported to the NYPD last January, exactly the same number as in January a year earlier and almost half than in December 2021 when 130 motorcycle accidents occurred in the city.

Bus accidents have been on the rise since the end of the Covid19  lockdown, mostly because the activity in the city gradually increased and more buses are back on the road, from school buses to visitor buses and of course the MTA buses  who transport New Yorkers and visitors daily around the city.  300 bus accidents were reported in January 22 compared to 305 in December 2021 and 216 in January 2021. Accidents reported to the NYPD are mostly accidents that resulted in injuries or significant damages as since April 2020, the NYPD policy is not to report on  fender benders  and other accidents with no injuries and little damage.

There were less truck accidents reported this January (558)  than a month earlier (586) and also than during the same month a year earlier (559).  A drop in truck accidents also occurred in January a year before so the drop may be a seasonal factor. While trucks have to follow special routes and sometimes specific schedules, they are still omnipresent in the city. They do represent a danger for road users especially cyclists or scooter users as well as pedestrians and to a lesser extend car occupants. Car occupants are usually protected by the car in case of a collision while those road users that don’t have protection can get sucked in under the wheels pretty easily and suffer catastrophic injury or death. 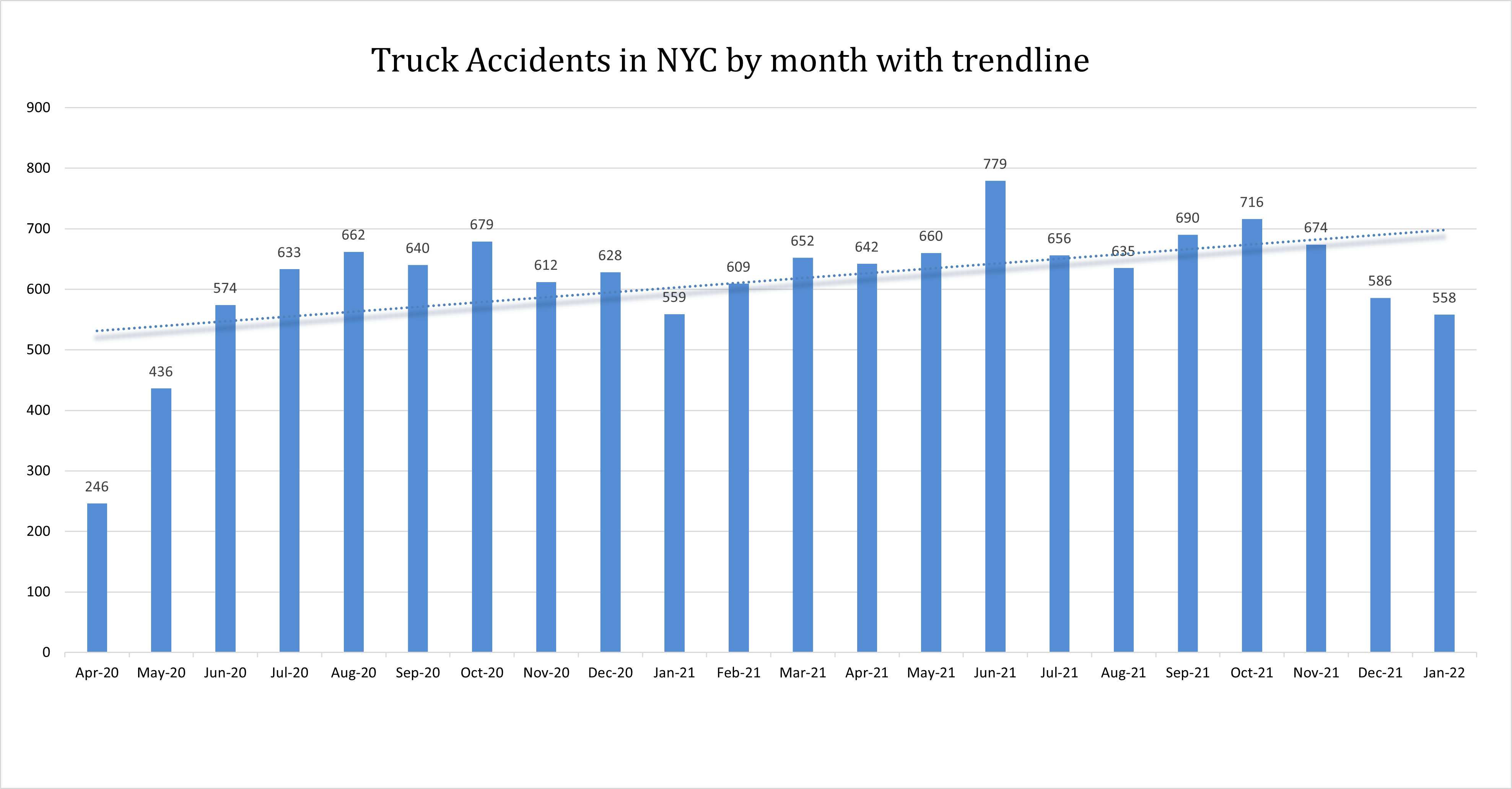