While pedestrians remain the category of road users recording the highest number of deaths of all road users with 108 of them dying last year, the numbers that caused the total traffic fatalities in New York City to be so high last year were the record number of motorists and passengers fatalities. 98 motorists died and 33 passengers were killed in car accidents last year compared to 84 and 23 in 2013 before Vision Zero started. Distracted driving, speeding and recklessness are the causes of most of these fatalities. 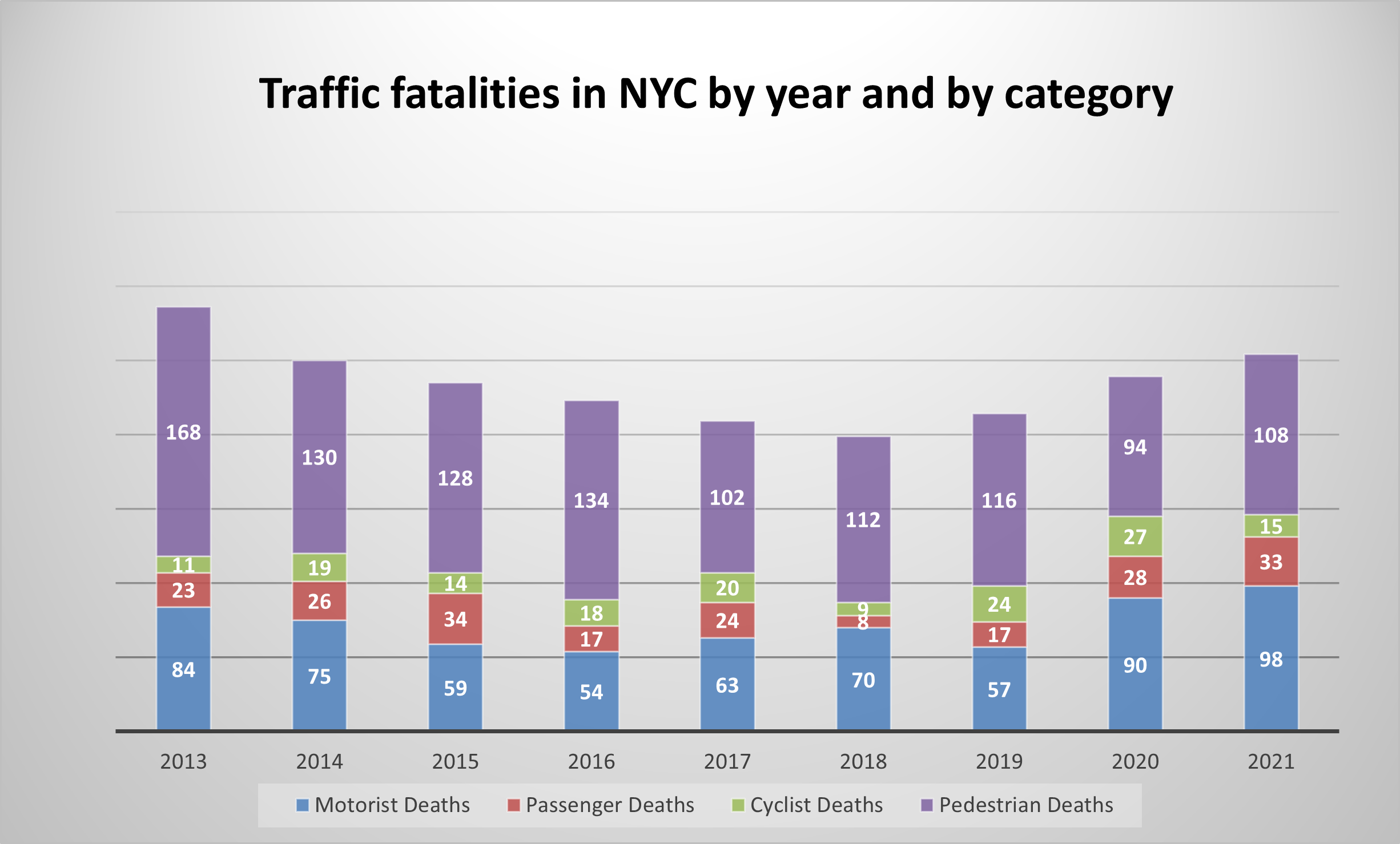 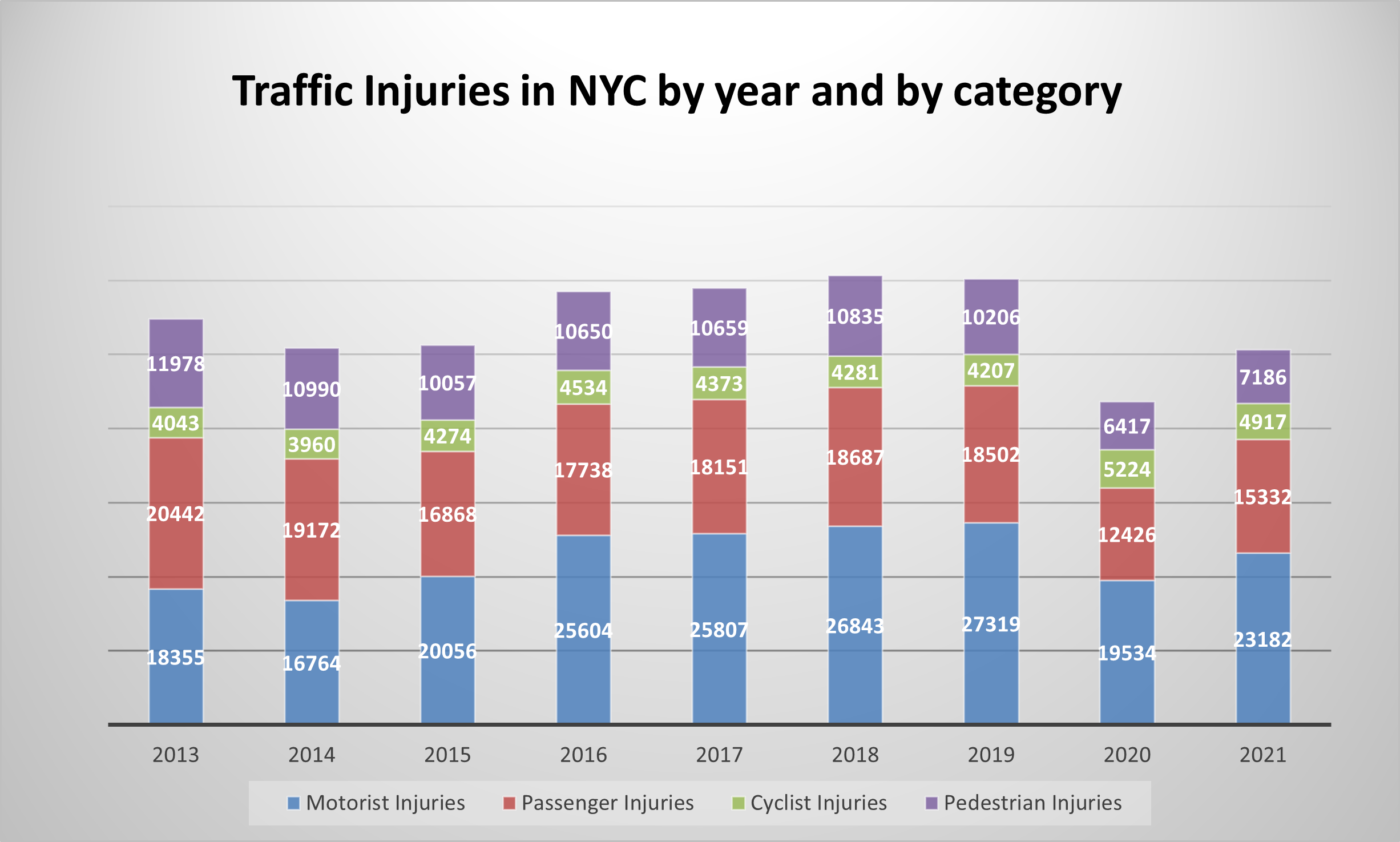 108 pedestrians lost their lives in traffic accidents in 2021. Pedestrian activity was still lower last year compared to the pre-Covid19 years therefore it is hard to compare last year to the others. 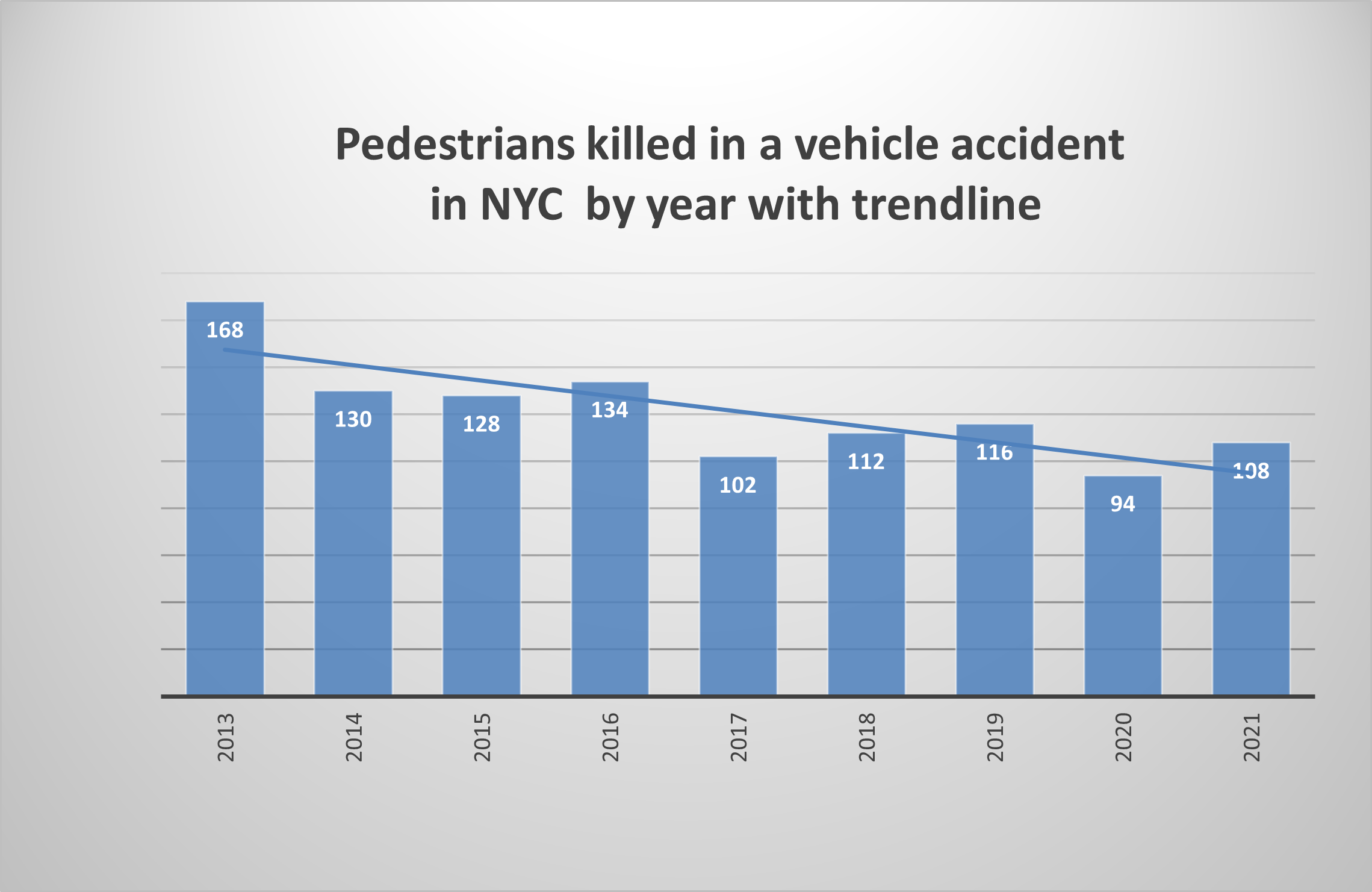 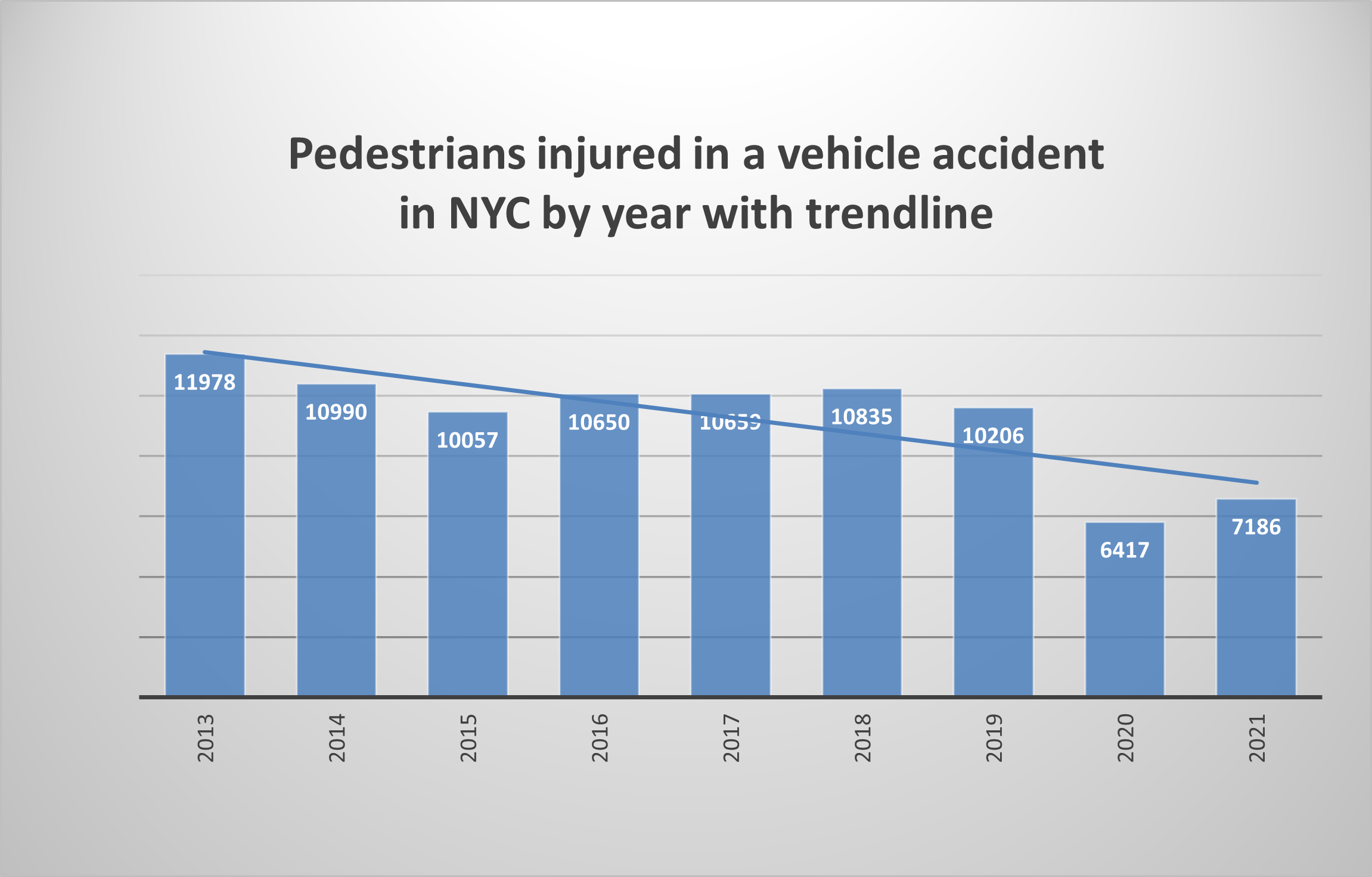 The Covid19 crisis changed the way people commute in the city. At home work reduced the pedestrian activity and many New Yorkers are using their bicycle or their car to commute instead of public transportation. In 2020, as the first wave of Covid19 landed in the city,  many New Yorkers switched their MetroCard for a bike lock.  With so many newbies in the streets, the number of cyclist deaths and injuries reached a record high in 2020.  While bicycle accident injuries remained much higher than usual in 2021, indicating that cyclist activity remains high, they are a little bit lower than the year before. 4,917 cyclists were injured in traffic accidents last year compared to 5,224 in 2020 and 4,207 in 2019. 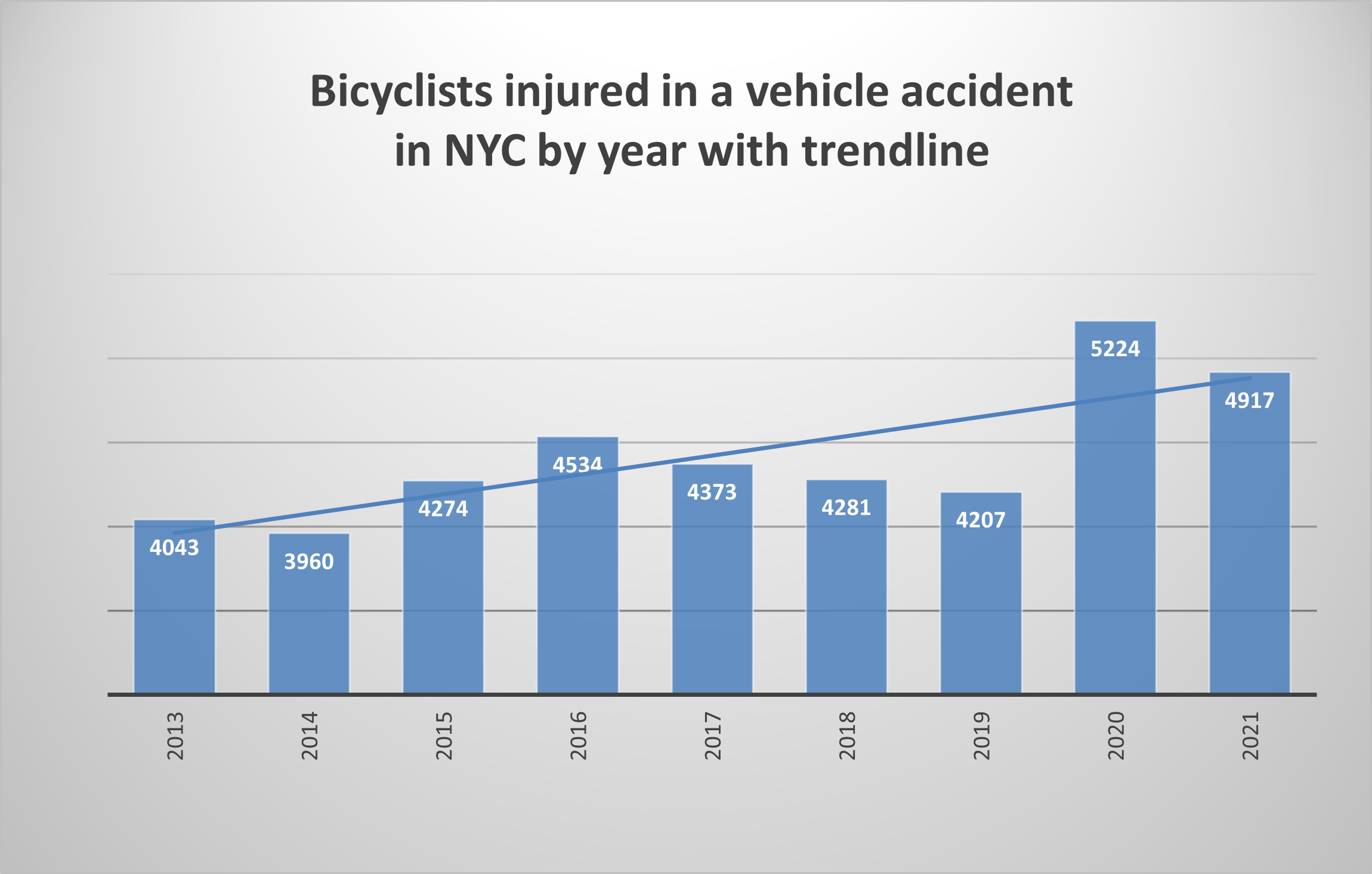 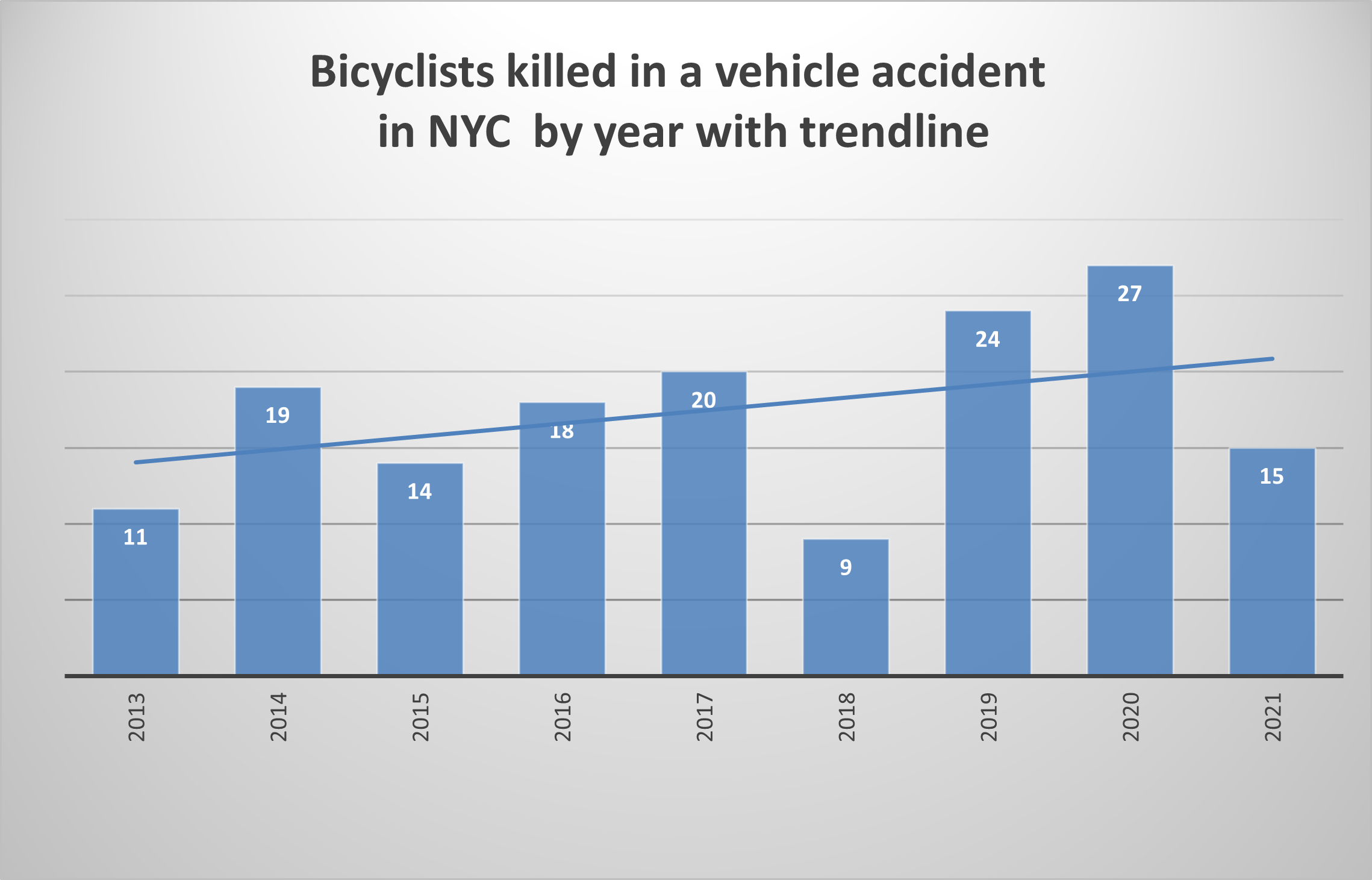 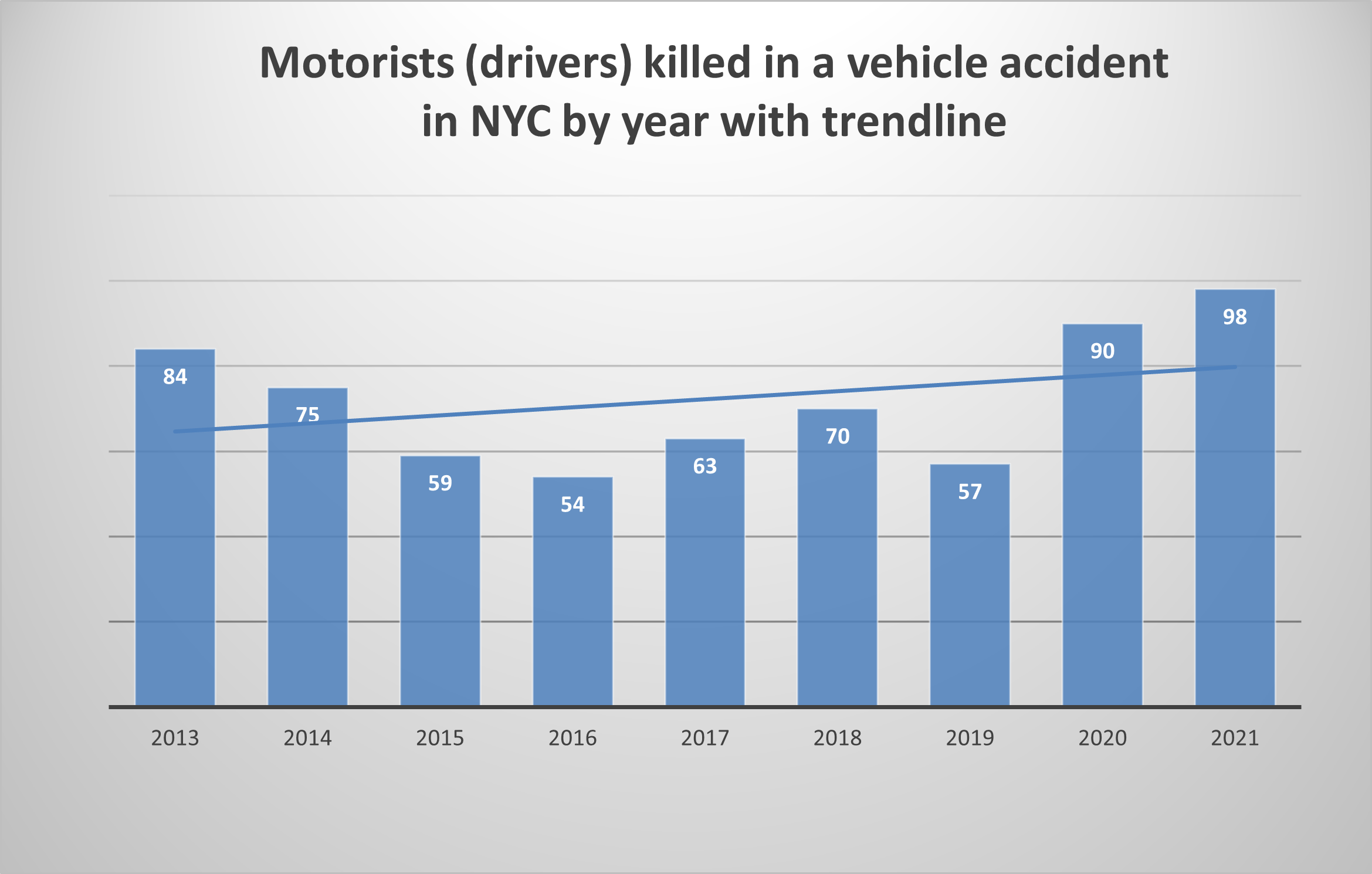 While motorist deaths are at record high, motorist injuries have been lower than usual over the past two years. 23,182 motorists were injured in motor vehicle accidents last year compared to 19,574 in 2020 and a record high at 27,319 in 2019. 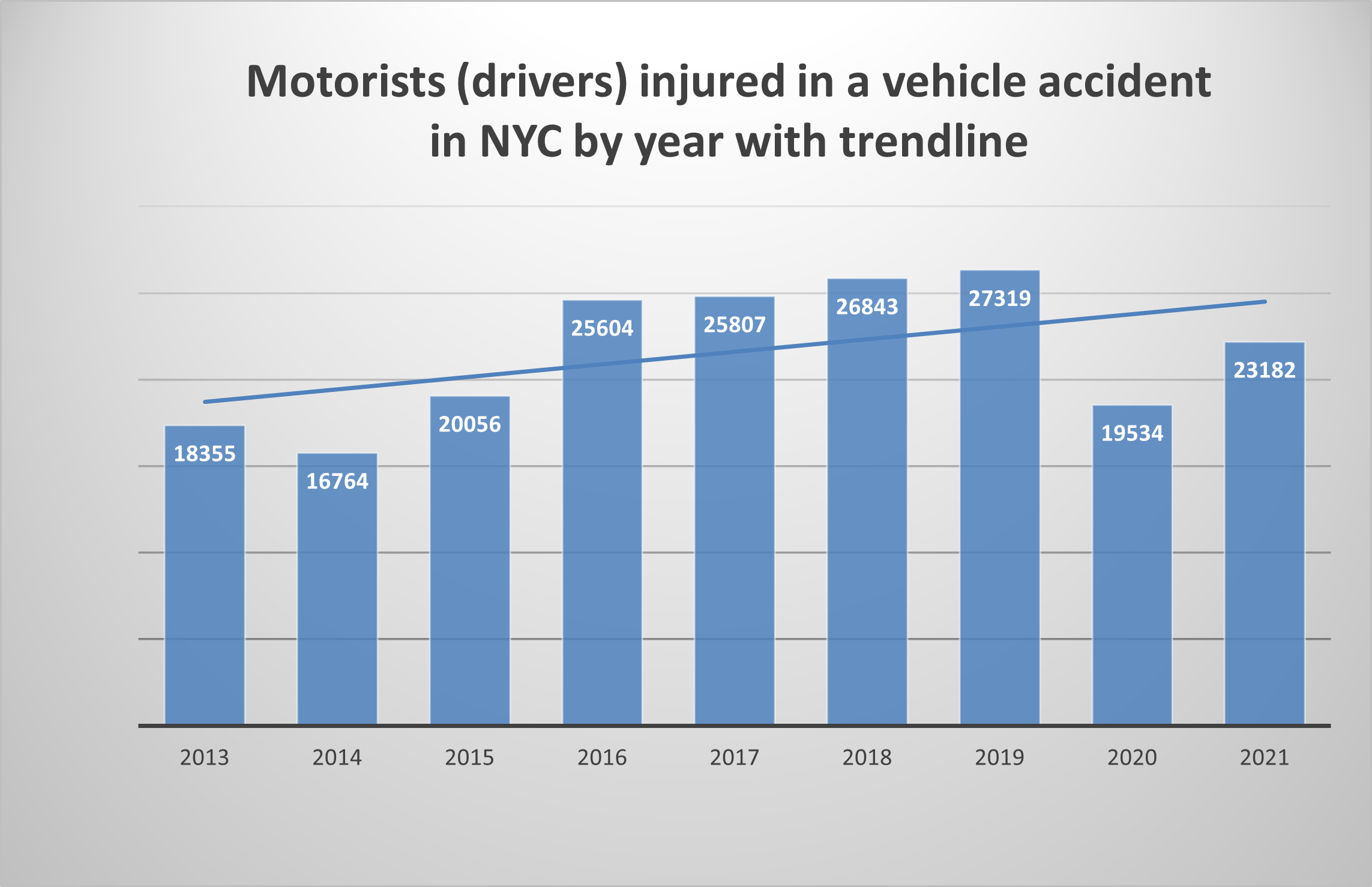 33 passengers were killed in car accidents in New York City in 2021. This is the highest yearly number of passenger fatalities since 2015 when 34 passengers died in auto accidents.  After reaching its lowest in 2018 at 8, passengers fatalities gradually climbed to 17, 28 and 33 over the next 3 years. The trend is pretty much similar to the one seen in motorist fatalities. 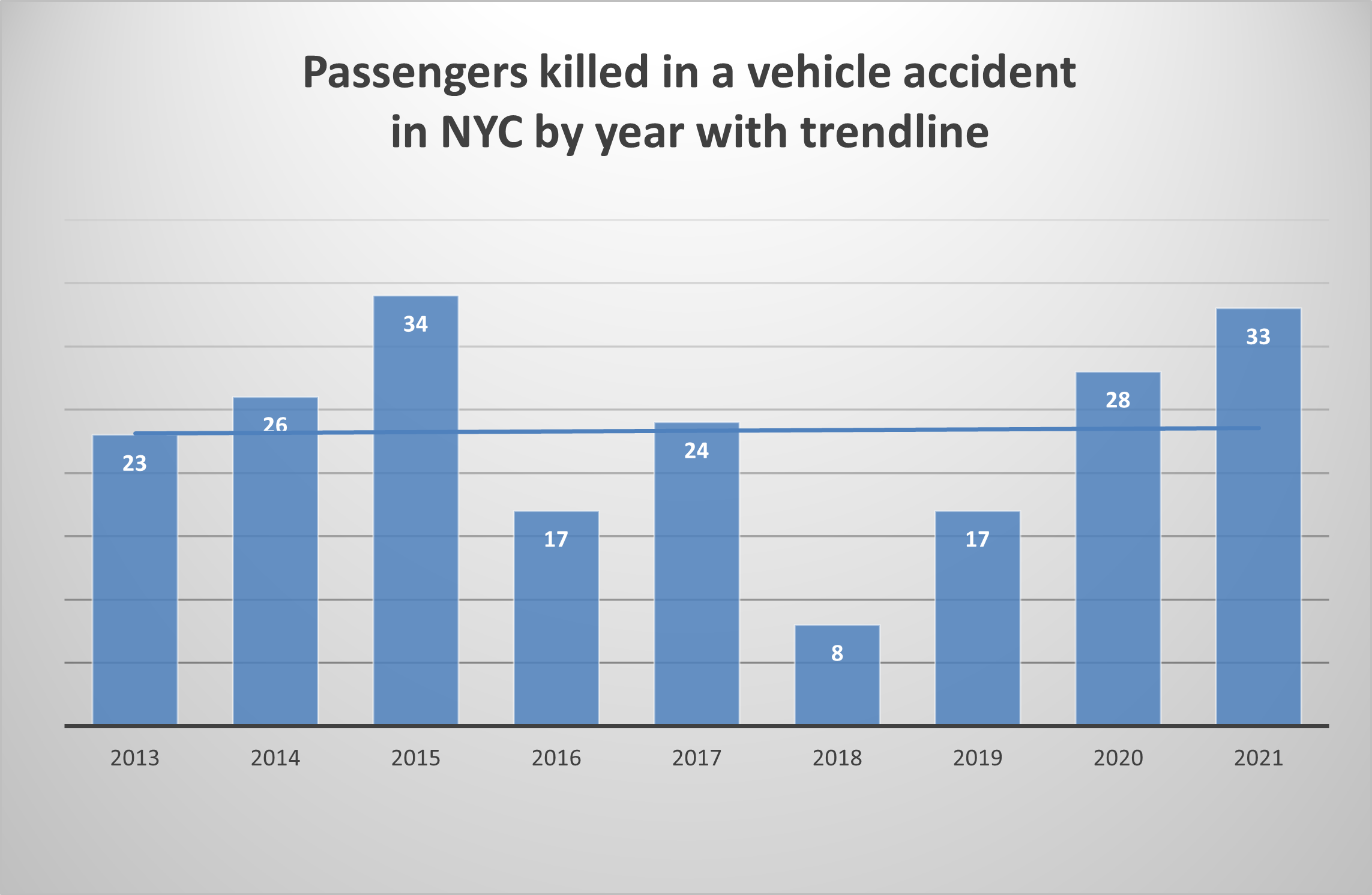 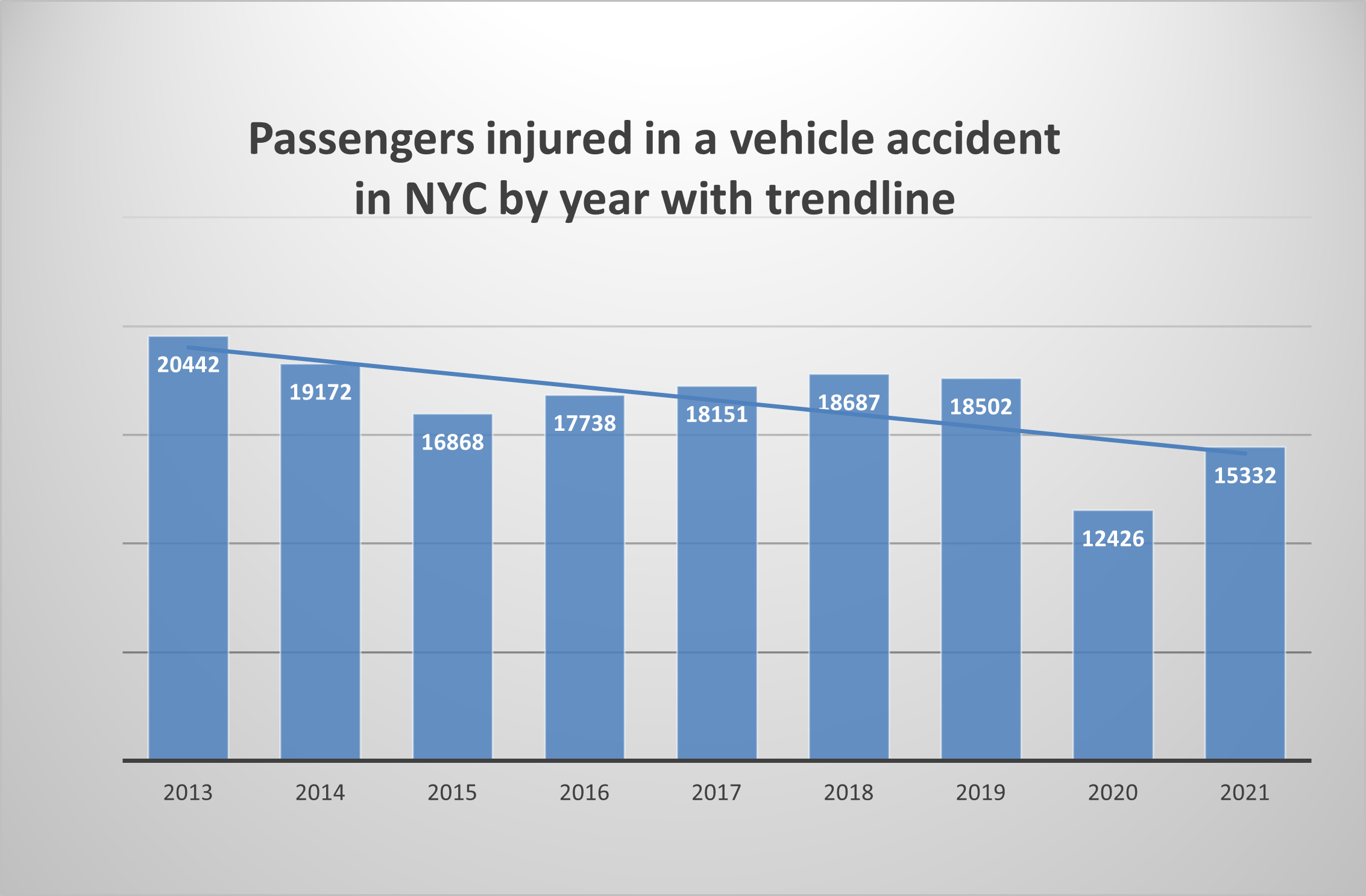