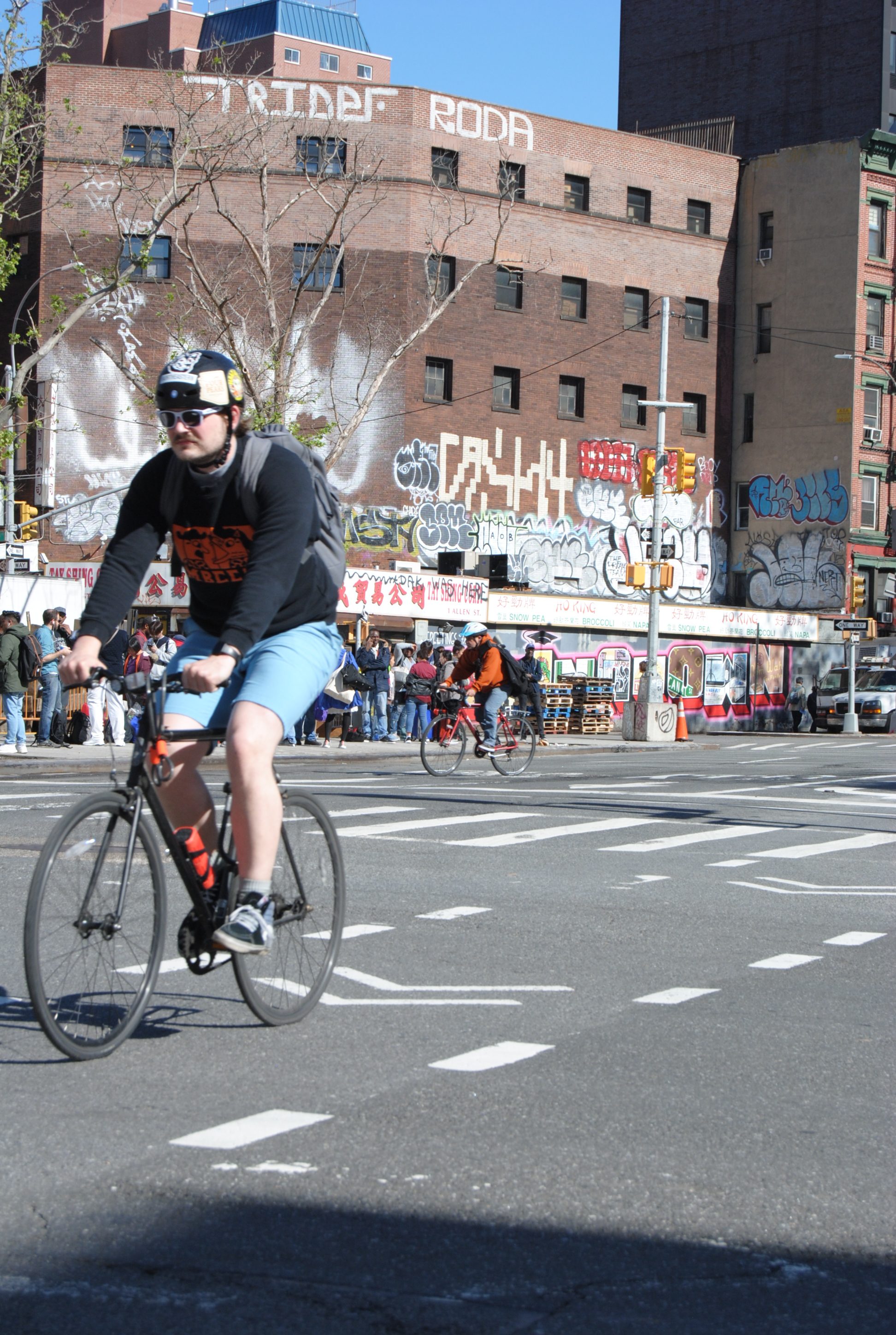 3 people died in bicycle accidents in NYC during the last 7 days.

Last Monday Robyn Hightman, a bike courier, was fatally struck by a truck on 6th Ave near 25th Street. Both the truck and the cyclist were heading in the same direction when they collided. The truck driver first didn’t stop but then returned to the scene of the accident after a witness in another car told him he hit someone. the driver told the police he didn’t know he hit the cyclist. Police said the driver was let go after he was hit with five summonses. The driver, 54 year old Antonio Garcia said it was the first time he had an accident since he started to work for his employer 14 years ago. However a look at the Howsmydrivingnyc.com indicates that the truck was hit with 83 violations since 2015 mostly for parking but also for speeding. A vigil was organized for Robyn during which hundreds of cyclists gathered and expressed not only their sadness but also their anger at authorities that are doing very little to hold drivers accountable. Robyn was the 12th cyclist in New York City to be killed in traffic this year.

Last Thursday night  around 9:00 pm, 57 year old Ernest Askew was fatally struck by an 18 year old driver on Sutter Avenue near Chester in Brownsville, Brooklyn. The car driver wasn’t arrested. Brownsville which is a low income community of color doesn’t have any protected bike lanes and there are not many efforts being made in regards to street safety. Cyclists share wide roadways with cars and speeding is common. At a vigil for Ernest Askew yesterday evening activists asked the city to address the lack of equity in low-income communities of color when it comes to protected bike lanes and street safety.

A day later, StreetBlog announced that a cyclist hit by a truck in April near the Hudson yard also died from his injuries.

Then yesterday, 28 year old Devra Freelander was fatally struck by a cement truck at the intersection of of Buschwick Ave and Boerum Street in East Williamsburg. A surveillance video shows the cement truck approaching the intersection at full speed before striking the cyclist. Devra is the 15th person to die in a bicycle accident in New York City this year. Last year during the entire year 7 people died in bicycle accidents.

Mayor de Blasio issued a statement to announce that the police would crack down on dangerous driving behavior like parking in bike lanes. This statement wasn’t taken seriously by street safety activists as police cars are constantly parking on bike lanes.