While traffic accident fatalities in New York were much higher than previous years, car accident injuries reached a record low in May. 4,602 people suffered injury in a NYC auto accidents last May compared to 4,052 in April and 4,927 in May 2021.

651 pedestrians were injured in crashes last May compared to 645 in April and 614 in May 2021. Compared to the same period last year pedestrian injuries are on the rise. However, so far, they did not go back above 700 where they used to be before the Covid19 crisis.

After 4 months of no bicycle accident fatalities 3 cyclists died in crashes during the month of May. Cyclists deaths are also on a rising trend in New York City, however the rising trend is mostly related to an unusually high number of cyclists fatalities in 2020 during the Covid19 crisis.  During that year, many New Yorkers who were not used to bike in New York City started to commute by bike for fear of catching Covid19 while riding the subway.  So far since the beginning of  of 2022, 3 people died in bicycle accidents, compared to respectively 4, 4, 10, 5, 5, 8, 5 and 3 for the same period of 2021, 2020, 2019, 2018, 2017, 2016, 2015, 2014 and 2013.  This is the lowest number of bicycle accident fatalities over the first 5 months of the year since Vision Zero started. 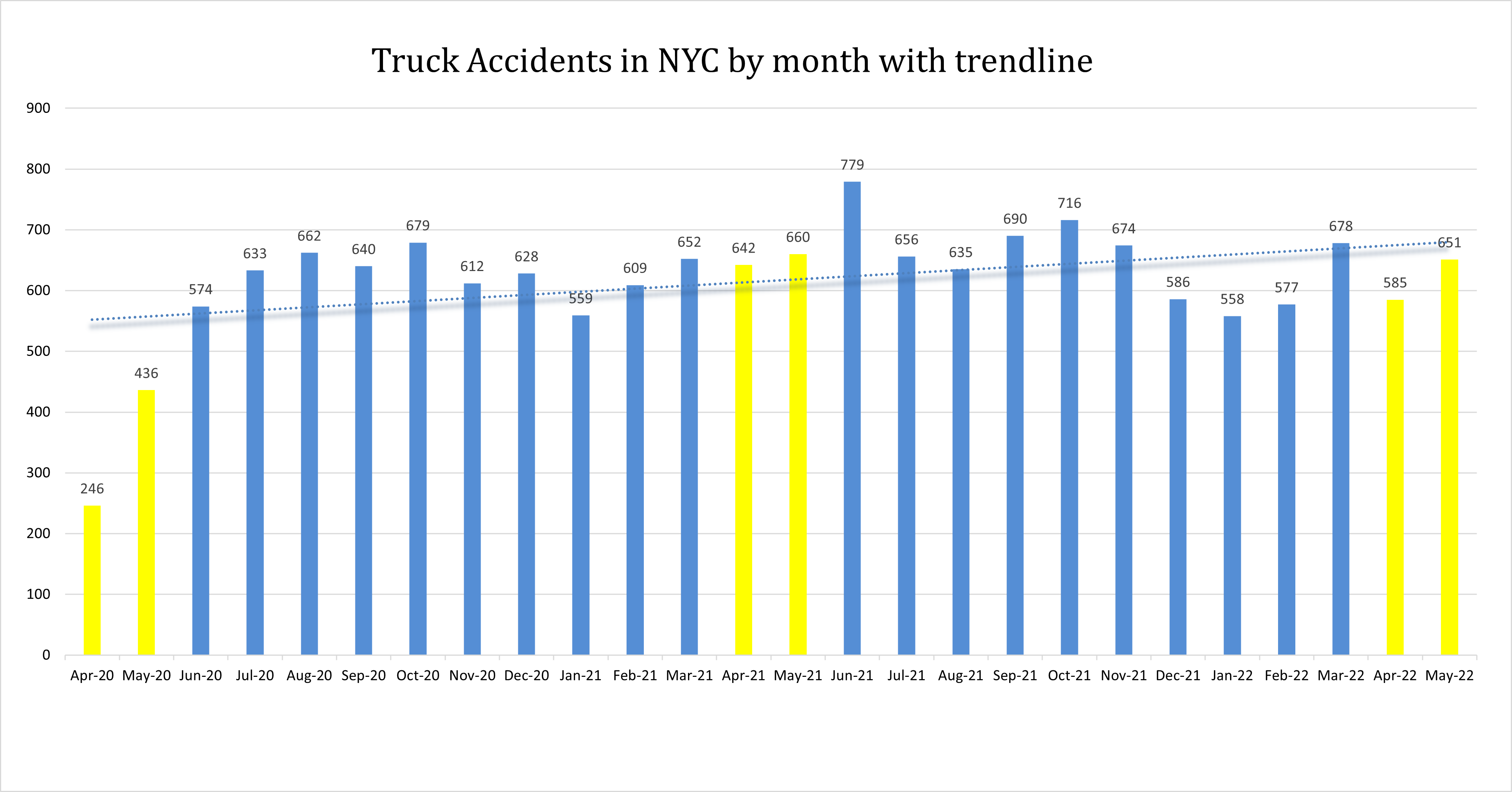 The bus accident trend since 2020 clearly reflects the activity picking up in the city since the Covid19 crisis and are gradually rising. They reached a record high in March at 363 and were again very close to this number last May with 361 bus accidents. A month earlier in April, 316 bus accidents were reported to the NYPD. A year earlier they were respectively 269 and 292 bus accidents in New York City in April and May.