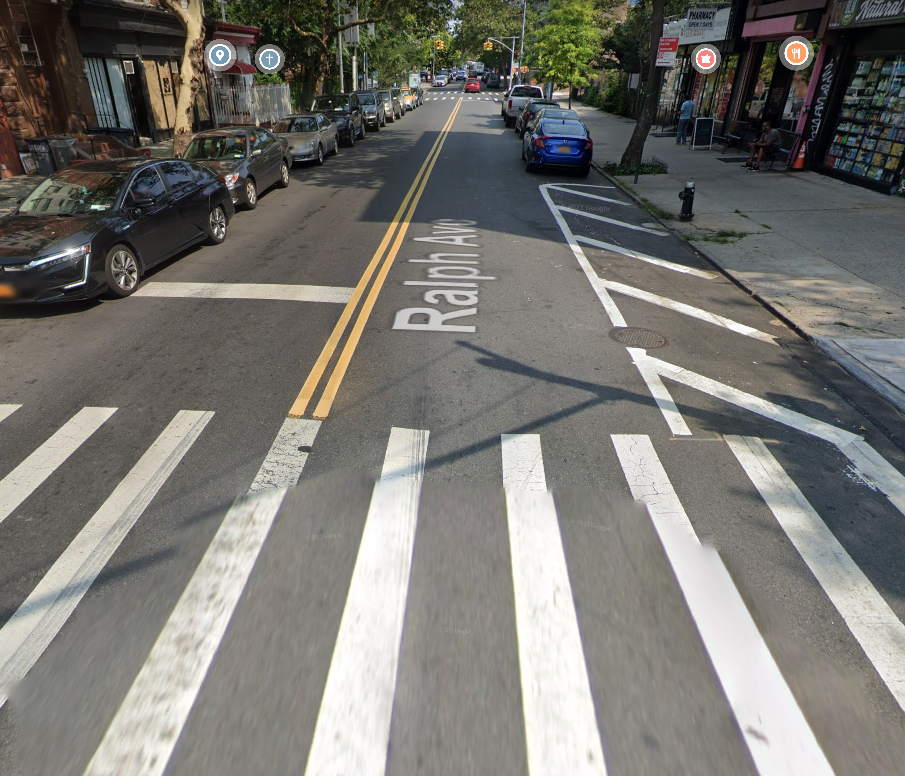 The grandmother was identified as 67 year old Lynn Christopher.  She was killed in the accident and her 8 year old grandson, Jacob Butler who was visiting her from Atlanta, suffered critical injury. He was rushed to the hospital where is his still struggling for his life. He suffered multiple trauma including a broken leg and severe head trauma that will require a surgery to decrease pressure on his brain. He is now on a respirator. His mother, Lesley Christopher, was just at the corner of the street when the accident occurred. She is devastated. (Read more in the NY Daily News)

Between the beginning of the year and the end of May 2022, 46 pedestrians died in crashes in New York. In most cases, drivers who killed them were driving recklessly, speeding and/or failing to yield to them.

Picture of the two intersections where the driver struck multiple pedestrians and a cyclist as he was fleeing the cop: courtesy of Google map