Pedestrian injuries in February are also reflecting the slowdown in activity with 372 pedestrians injured in crashes in February. The only time this number was lower than this, was during the first full month of lockdown in April 2020.

149 bicycle accidents were reported by the NYPD in February 2021, compared to 287 in January and 277 in February last year. While this number is really low compared to the year before, it was not a record low.

For the first time since March last year, no cyclist fatalities were recorded during the month of February. After some really bad numbers at the end of last year, the monthly number of cyclists killed in accidents stayed low at the beginning of this year with one cyclist dying in January. The global trend of cyclist deaths is still on the rise.

234 bus accidents were reported by the NYPD in February compared to 216 in January and 472 for the same month a year earlier. Bus accident data are difficult to compare from one year to the other as since March last year the NYPD announced that it would stop sending cops to the scene of fender benders or small accidents. Therefore it is difficult to understand if the drop in bus accidents from one year to the other is related to this new NYPD policy or to the decline of  activities in the city related to the covid19  crisis. Probably a little bit of both. 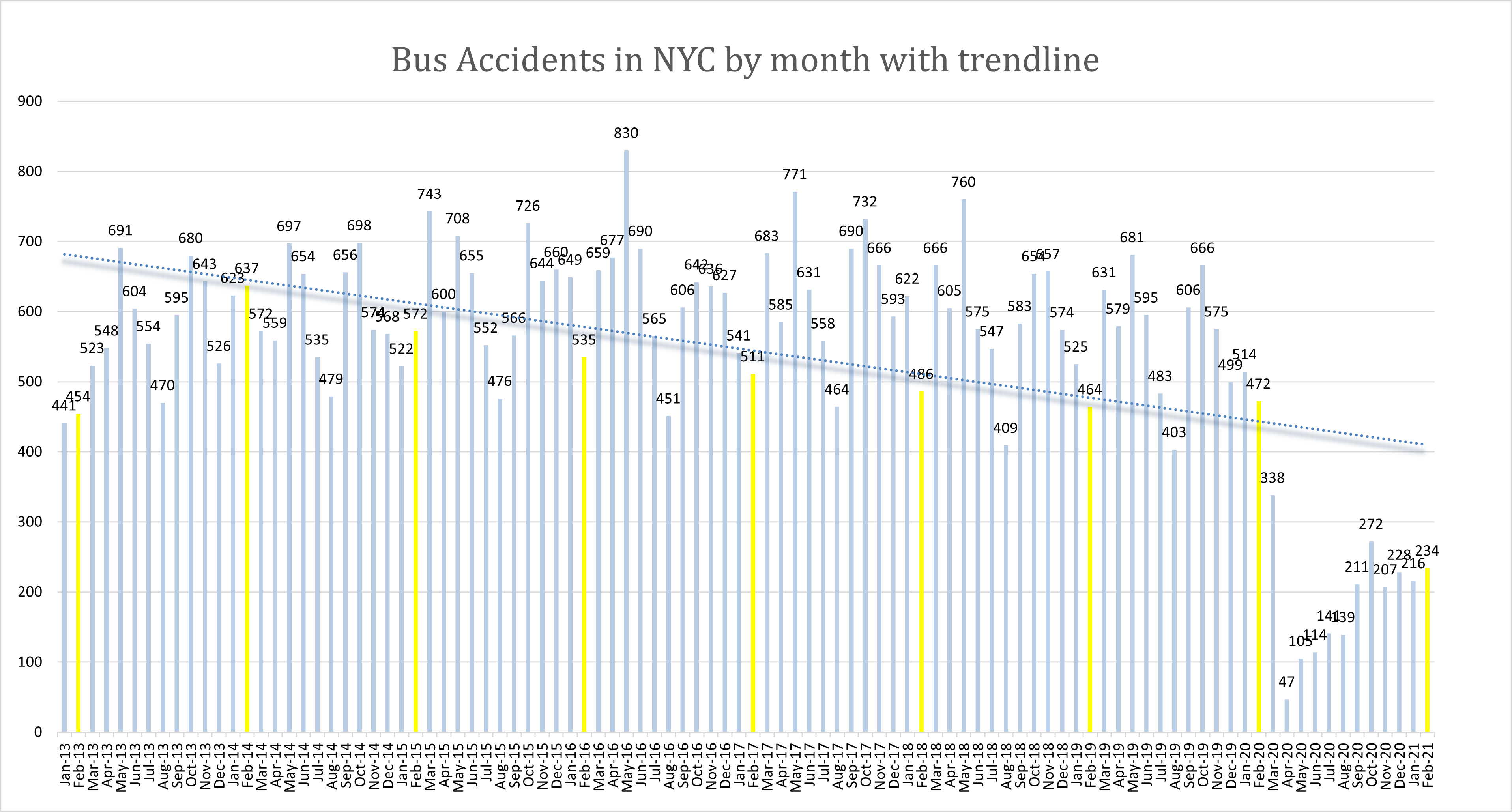 The same can be said about truck accidents. The NYPD recorded 609 accidents in February compared to 559 in January and 1086 the same month a year earlier. 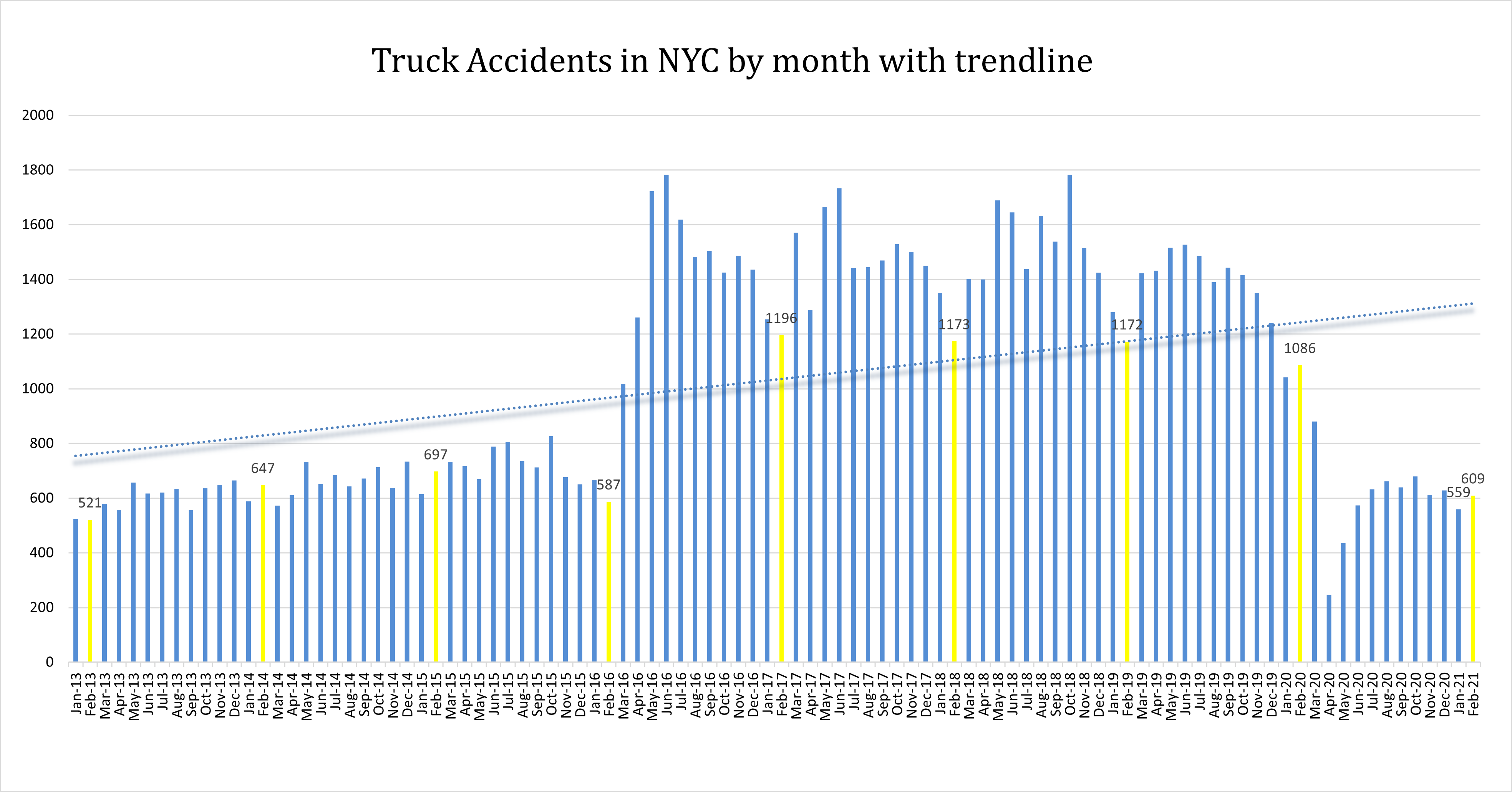