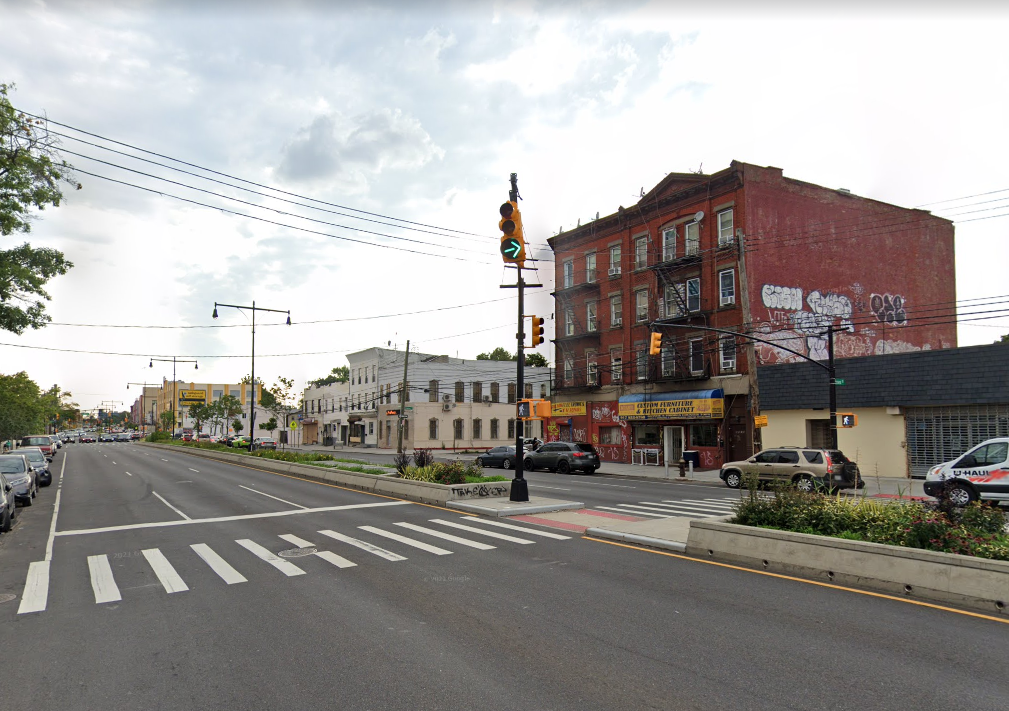 An ambulance arrived and took Jose to the hospital but he did not survived his injuries.

The police are still looking for the driver of the sedan.

Speeding is quite common on Atlantic Avenue and despite Atlantic Avenue being designated a “Vison Zero corridor” by the de Blasio administration not much has been done to make the East New York section of Atlantic Avenue safer.  The only thing that changed was the implementation of a planted median that serves as flood control for the Long Island Rail Road tunnel that is located beneath Atlantic Avenue.

Back in 2016, Transportation Alternatives published a report that criticized the DOT plan to redesign Atlantic Avenue saying that the redesign would not do much to protect pedestrian lives and that by failing to proprely fix it, it would remain a speedway for motorists. TA was right and pedestrians and cyclists continue to be seriously injured and killed on Atlantic Ave on a regular basis.

Picture of the location of the fatal crash: courtesy of Google Map