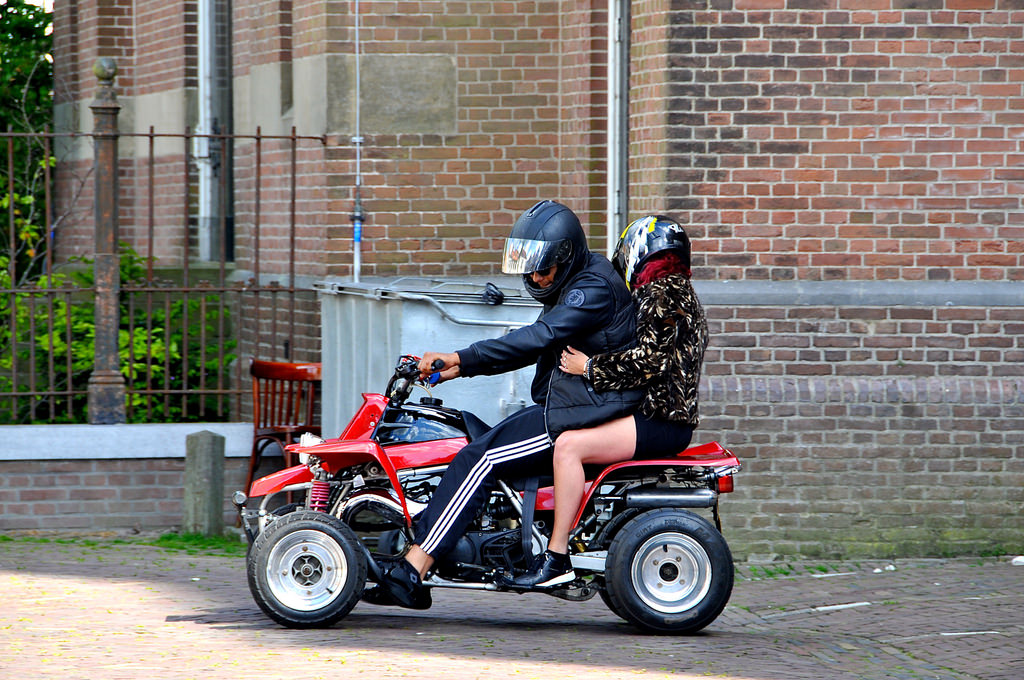 Even though driving an ATV on the road might be allowed in your town, the Consumer Product Safety Commission recently released an announcement urging ATV users to stay off paved roads.

According to the agency, ATVs which are designed for off road use are more difficult to control on paved surfaces and are at risk of over turning. Obviously there is also a higher risk of collision with cars and other motor vehicles when driving an ATV on a paved road.

END_OF_DOCUMENT_TOKEN_TO_BE_REPLACED

A Brooklyn cop suffered severe personal injury after he tried to pull over a reckless ATV driver. As the officer approached the ATV driver to stop him he tried to get away. As the driver of the ATV hit the gas, the officer grabbed the quad’s handlebars. He was dragged close to 200 feet before the ATV driver knocked him off and ran over his leg and fled the scene.