Every year in the US, thousands of people are injured and an average 70 die from exposure to carbon monoxide after using a portable generator. With more and more power shortages caused by climate events, the number of deaths caused by dangerous carbon monoxide emissions from generators is on the rise in America. Last February in Texas, after a major power shortage, 1,400 people were treated in hospitals for carbon monoxide poisoning and 17 died.

According to a recent investigation by ProPublica,  the portable generator manufacturers are well aware of the danger of their products and over the years they have been resisting multiple attempts by the Consumer Product Safety Commission to require that their devices emit less carbon monoxide.

END_OF_DOCUMENT_TOKEN_TO_BE_REPLACED 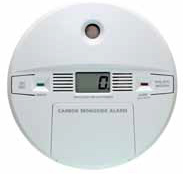 A whole family was injured by a carbon monoxide gas leak in NYC early morning yesterday. Initially called for a fall accident, the firefighters arrived to a Flushing home in Queens and found the mother unconscious in the bathroom and the dad circling the apartment and talking in a way that didn’t make sense. One of the two kids was crying. An elderly man was also present in the house. The FDNY checked the house for carbon monoxide and found that the level of CO was at 755 parts per million, an extremely high and fatal level. The family was immediately transported to the hospital to be treated. They are now in stable condition.

The family had recently moved into the Queens house. They hadn’t installed CO detectors which are mandatory in New York City. According to the FDNY, the gas leak was coming from a defective heating unit that was venting CO in the house. The FDNY told the NY Daily News that “some work was recently done to the furnace and it wasn’t done to code”.

Carbon monoxide is a very dangerous gas because it has no smell and no color.  The first symptoms of CO poisoning are upset stomach, vomiting, headache, chest pain, dizziness and confusion. Further intoxication can make people pass out and ultimately die. People who are sleeping or who are drunk may die without even feeling the first symptoms.

END_OF_DOCUMENT_TOKEN_TO_BE_REPLACED

Carbon monoxide is suspected to have caused the death of 4 elderly people in a house in Queens, NYC on Friday.  83 year old Jerry Hugel and his 80 year old wife Marie as well as their tenant 70 year old Gloria Greco and Walter Von Thadden a 70 year old friend were all found dead in their house on 86th street Avenue in Floral Park. According to the authorities the house filled with gas after a car was left running in the basement. The house didn’t have any carbon monoxide detectors even though it is required by Amanda’s law in New York since 2009.

Amanda’s Law  is named after a 16 year old girl who died of carbon monoxide poisoning while sleeping over at a friend’s house. This law requires that  every one or two-family dwelling, condominium, cooperative and each unit of a multiple dwelling shall have an operable carbon monoxide (CO) detector.  The use of a battery operated detector is allowed for homes built before 2008. All homes built after this date must have the alarm hard-wired in the building.  Amanda’s Law also requires contractors to install a CO alarm when replacing a hot water tank or furnace if the home is not equipped with an alarm. CO detectors are required only if the dwelling unit has appliances, devices or systems that may emit carbon monoxide or there is an attached garage.

4 people suffering minor personal injuries were hospitalized and 10 other residents as well as a crew of firefighters responding to a sick person were evacuated from a Bronx Building in which Carbon Monoxide was building up.

The firefighters were responding to a call for a cardiac arrest which turned out to be an asthma attack induced by the CO leak. Because carbon monoxide is invisible and odorless firefighters didn’t suspect that CO built up in the building when they arrived.

Thankfully the EMS crew arrived just after them and their CO meters started to ring. Everybody was evacuated from the building and a few residents suffering minor injuries were hospitalized.