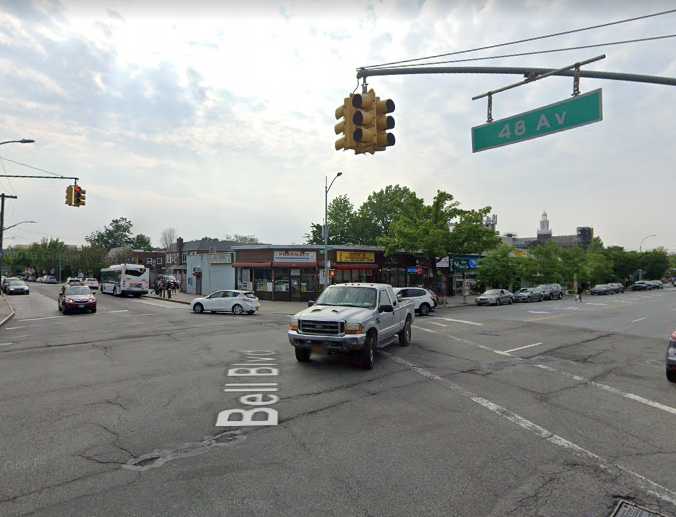 The day before, a 60 year old male driver  behind the wheel of a 2006 Ford Van killed an 88 year old pedestrian in Queens. Dolores Soho was crossing Bell Boulevard when the van driver who was making a left turn from 48th Avenue fatally struck her. The driver stayed at the scene of the accident and wasn’t charged.

Another pedestrian was killed on Bell Boulevard 3 weeks earlier

The death of of Dolores Soho is the second pedestrian fatality occurring on Bell Boulevard in less than a month. On February 6th, 64 year old Deborah Scherer was struck by a by a driver while she was crossing at the intersection of 75th Avenue and Bell Boulevard. She died from her injuries a few days later.

According to Crash Mapper 105 traffic accidents resulting in 29 injuries were recorded on Bell Boulevard between 48th Avenue and 75th Avenue since February 2018. A cyclist and six pedestrians were among those who were injured.

Picture of the intersection where the pedestrian accident occurred: courtesy of Google Map