The number of pedestrian deaths last February remained pretty much similar to previous years data for this month while motorist fatalities were below 10 for the second consecutive month and so far no cyclist died since the beginning of the year.

577 truck accidents were reported to the NYPD last February compared to 558 a month before and 609 during the same month a year earlier. Trucks are among the most dangerous vehicles in the city especially for pedestrians and cyclists. In New York, It is estimated that around 70% of accidents involving a collision between a truck and a cyclist or a pedestrian result in serious injury or death. They do represent a challenge for New York City as the internet has changed the way New York consumers are getting their goods and the number of trucks travelling in the city has increased significantly over the last years. 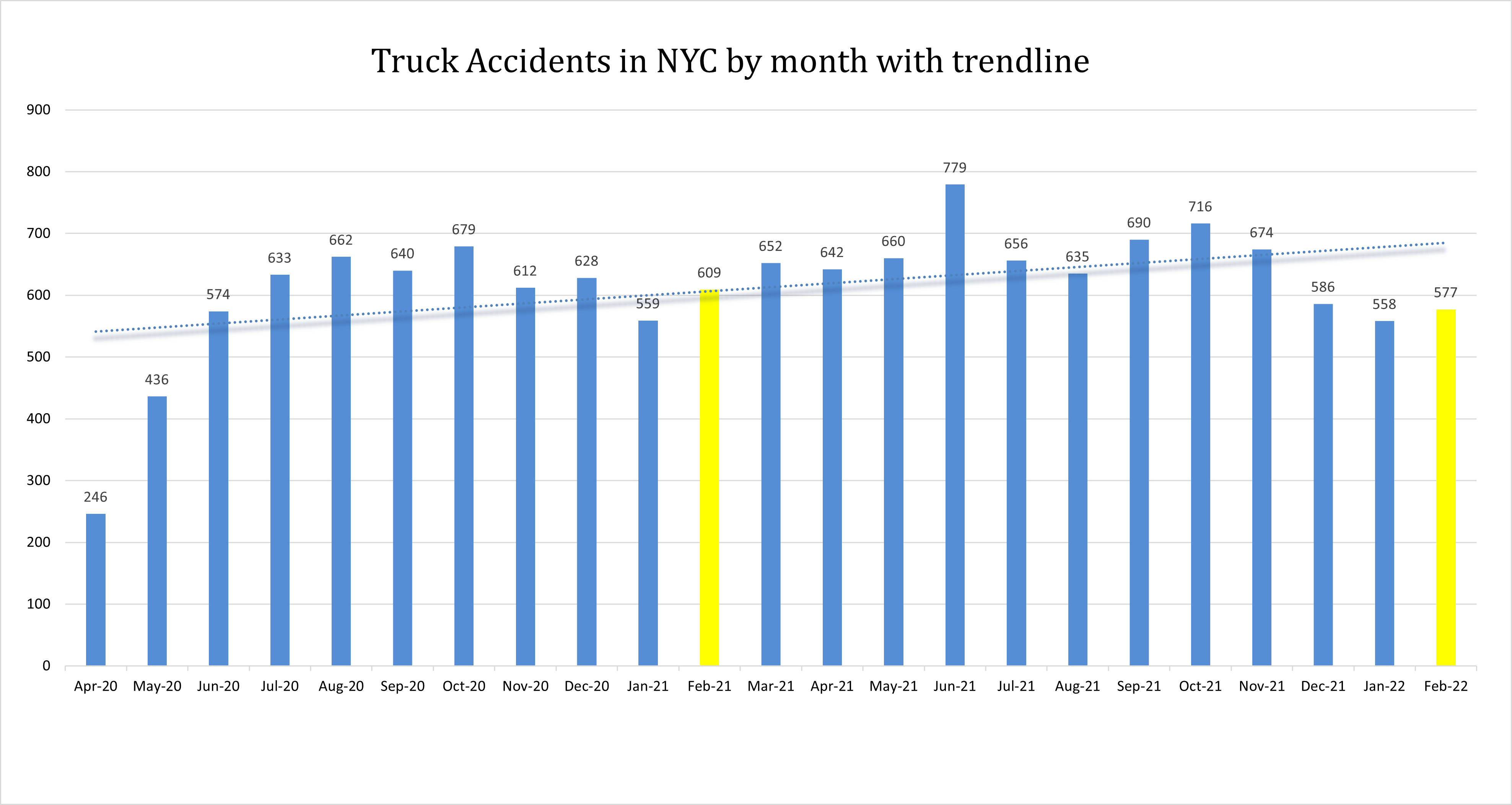 266 bus accidents were recorded in February 2022 compared to 300 in January 2022 and 234 in February 2021. Bus accidents have been on the rise since the spring of 2020 as bus traffic has been increasing.  With foreign tourists allowed back in the country, schools reopening and globally more activities taking place in the city, more buses are circulating in the city and as a result more accidents occur.