Unfortunately many doctors are not very good at communication with their patients and to protect themselves from medical malpractice, they increase the number of office visits and perform additional but often unnecessary procedures and tests. They call it “defensive medicine” but according to a recent article in the New York Times written by Aarron E. Carroll, a professor of pediatrics at Indiana University School of Medicine, all these extra precautions don’t reduce the risk of being sued. Better communication with the patients does. Previous studies and statistics clearly demonstrate that doctors who are willing to change their behavior and become better communicators will significantly decrease their risk of being sued for medical malpractice. Read the complete article

Failure to diagnose neurosarcoidosis can be medical malpractice that can drastically impair the quality of life of a person. In its “Case of the Month” , the Journal of the American Academy of Physician Assistants (JAPA) discusses the case of a 68 year old woman who’s condition severely worsened after she was misdiagnosed. In 2011 the patient complained to her neurologist that she had difficulties walking. The neurologist’s diagnosis was normal pressure hydrocephalus and had a ventriculoperitoneal shunt placed to drain the increased Cerebrospinal fluid. The condition of the patient seemed to improve at the beginning but after two years the symptoms worsened and she developed double vision and couldn’t walk without a cane. The neurologist thought the problem was coming from the shunt and tried different adjustments that were unsuccessful.  The patient was using a walker and suffered from ataxia, weakness and increased urinary incontinence when she decided to consult with a neuromuscular clinic. The patient was diagnosed with a rare condition called neurosarcoidosis. The patient received cortocosteroids and her condition started to improve after 5 days. 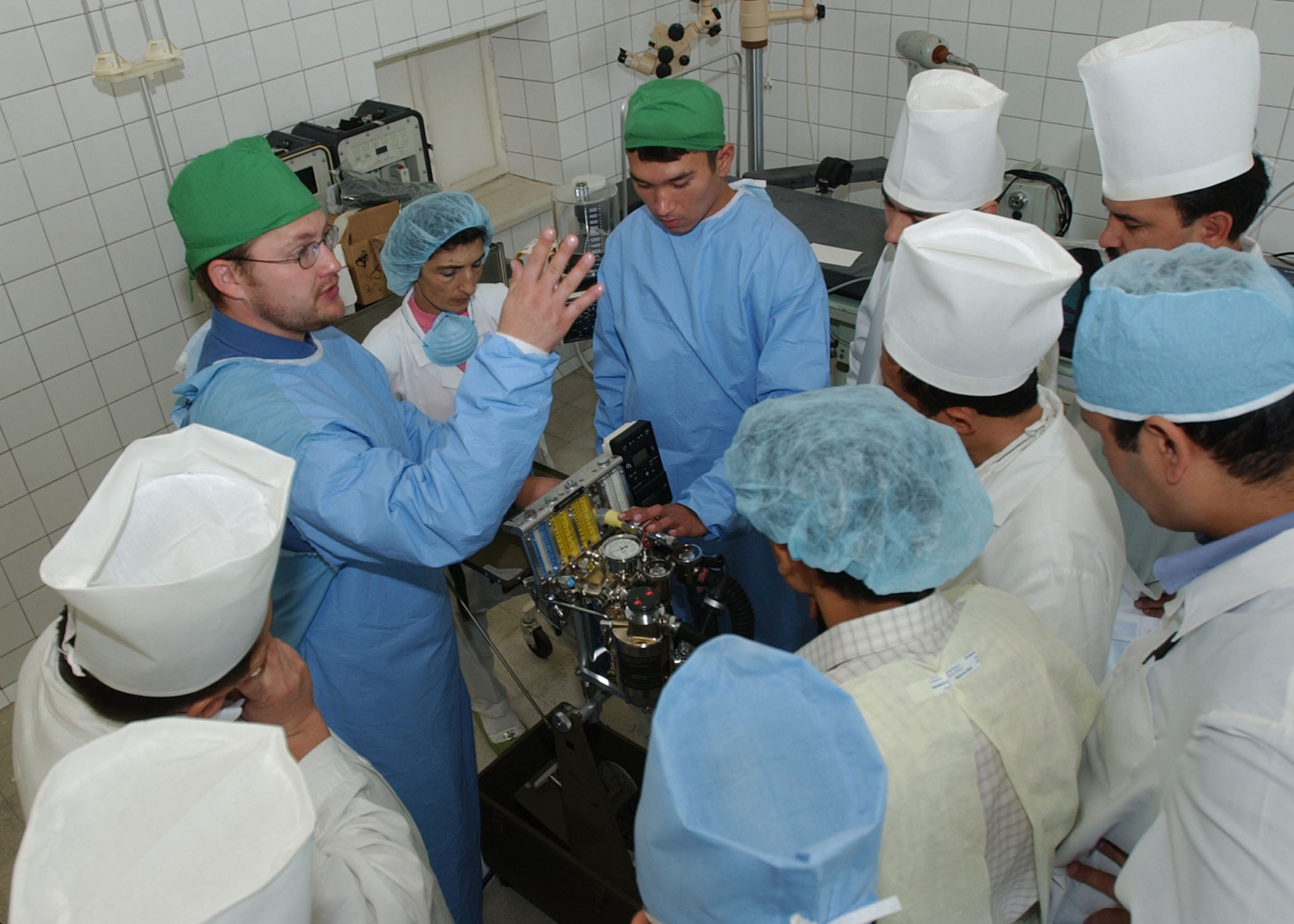 When medical malpractice or medical error occurs at an American hospital or clinic, the victim of the malpractice or his or her family has the right to legally challenge the facility and obtain explanations and compensation.  The story is very different for the 1.3 million active-duty service members of our nation. Not only are they captive of the military medical system and can’t get care elsewhere without special approval but also if medical malpractice is committed they have no legal right to bring a medical malpractice suit. In a recent article in the New York Times, Sharon LaFraniere investigates this issue and describes the nightmares that many military families are enduring.

Medical errors and adverse events are among the leading causes of death and personal injury in the U.S. According to a recent study in the Journal of Patient Safety  the number of premature deaths associated with preventable harm to patients is estimated at more than 400,000 per year. Serious harm seems to be 10- to 20-fold more common than lethal harm.

The patient safety awareness week is an annual campaign led by the National Patient Safety Foundation to create awareness about patient safety among healthcare providers and their patients. The campaign is running this week and the subject is “United in safety” . The emphasis is on better communication between healthcare providers and patients to reduce adverse events or medical errors.

END_OF_DOCUMENT_TOKEN_TO_BE_REPLACED 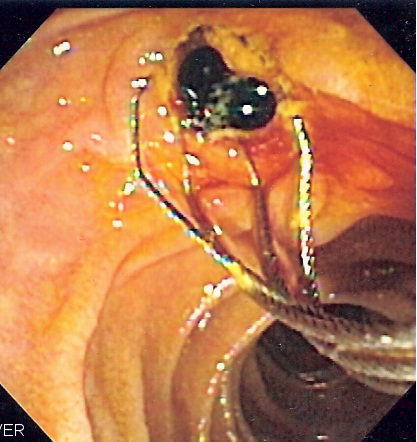 After two patients died and many other suffered personal injury from a recent “superbug”outbreak involving duodenoscopes, the safety of these medical devices (see previous blog) and the method used by hospitals to reprocess them are being questioned. In a recent Hazard Report, the ECRI Institute is recommending culturing Duodenoscopes as a key step to reducing carbapenem-resistant Enterobacteriaceae (CRE).  The Institute believes that duodenoscope procedures are vital when treating and diagnosing conditions of the gall bladder and pancreas with Endoscopic Retrograde Cholangiopancreatography (ERCP) procedures and the risk of infection can be mitigated if hospitals upgrade their reprocessing methods by also scope culturing.The Institute recommemds that hospitals not only check with the duodenoscope manufacturer as to whether they are using the appropriate reprocessing method but also add a baseline culture of all duodenoscpoes.  Read the complete ECRI High Priority Hazard Report
Picture Duodenoscopy image of two pigment stones extracted from common bile duct courtesy of Wikipedia

Sharing diabetes pens among patients is a gross medical malpractice that can lead to transmission of infections and viruses such as HIV and hepatitis viruses.  According to the FDA, since 2008 thousands of patients may have been exposed  to blood-borne pathogens from the sharing of multi-dose pen devices for insulin and other injectable diabetes medicines. In 2009 the FDA was informed that 2,114 patients  from a U.S. army facility had been injected with pens that had been used on other patients. Then in 2011, 2,345 patients from the Dean Clinic in Wisconsin were notified that pen and needles had been shared among patients. More recently in 2013, 716 patients from the Veteran Health Administration were notified of potential exposure to infections through the sharing of diabetes pen. Last March in New York, the South Nassau Community Hospital in Long Island contacted 4000 patients to be screened for HIV and Hepatitis after a nurse said she was using the same insulin pen for multiple patients (see previous blog).

Insulin pens and pens for other injectable diabetes medicines should never be shared among patients, even if the needle is changed. To promote safe use, the FDA is requiring that pens and packaging containing multiple doses of insulin and other injectable diabetes medicines display a warning label stating “For single patient use only.” Read the safety announcement from the FDA

Medical negligence by doctors or medical staff who do not respect cleaning procedures or fail to discard contaminated implements are often the reason why hospital patients are getting infected by contaminated instruments.  Yesterday, UCLA Medical Center announced that 179 patients may have been infected by the super-bug bacteria carbapenem-resistant Enterobacteriaceae (CRE) transmitted by two infected endoscopes during diagnosis and treatment of pancreatic and bile duct problems. The hospital also said that two patients died of complications related to this issue. Outbreaks of CRE and other superbugs are a major issue among hospitals in the USA and all over the world. A recent study  found that if the rampant spread of super-bugs wasn’t halted it could kill up to 10 million people a year worldwide and cost $100 trillion. Read more in the New York Daily News

Failure to manage diabetes can be medical malpractice that can result in serious personal injury such as loss of a limb, an eye or a kidney. A new medical App that was just approved by the FDA may help improve monitoring patients with diabetes. The Dexcom Share Direct Secondary Displays system’s data-sharing capability allows caregivers to a person with diabetes to monitor that individual’s blood sugar levels remotely through a legally marketed device that is available on mobile devices.The patient wears a small sensor inserted under the skin that constantly monitors the patient’s glucose level. The sensor is linked to an app installed on the patient’s mobile device while another app is installed on the caregiver’s mobile device or another person’s mobile device with whom the patient wants to share the data.

Read the press release from the FDA here 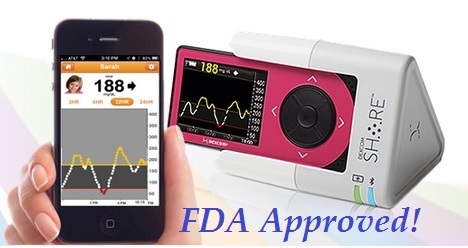 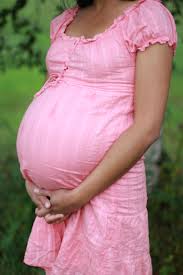 To prescribe or recommend certain types of pain medicine to a pregnant woman can be medical malpractice that can result in miscarriage, birth defects or attention deficit hyperactivity disorder (ADHD).

The FDA looked at the most recent research studies published in the medical literature on this subject and found that three types of pain medicines used during pregnancy had the following potential health risks:

Women who are in pain during their pregnancy should always talk to their doctor and carefully weight the risks and benefits before taking over the counter or prescription pain medicine.