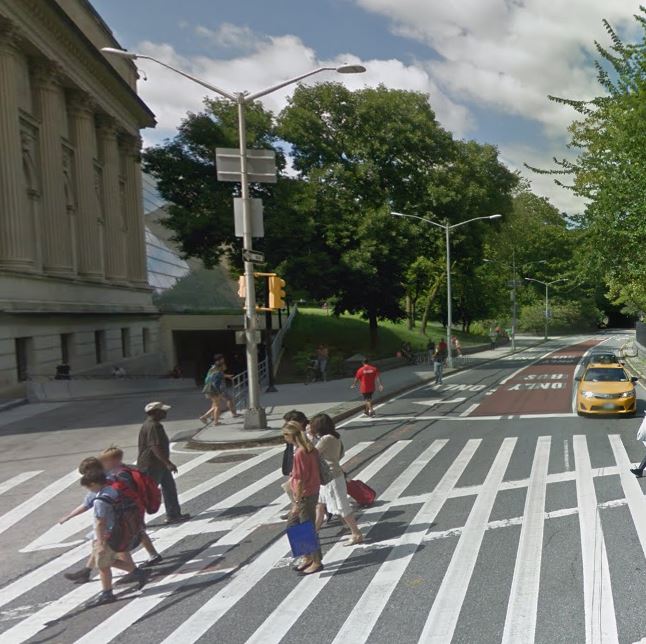 A pedestrian was fatally hit by a dump truck in New York City on Friday. The accident between the truck and the pedestrian happened at the intersection of 11th Avenue at West 37th Street, Manhattan, in front of the Javits Center. The 48 year old woman was crossing 11th Avenue when the truck made a right turn from 37th Street onto 11th Ave.  Brenda Katz who was in a cab just behind the truck told DNA Info that the pedestrian was most probably in the dead angle of the truck driver and that he didn’t see her. She said the back wheel of the truck ran over her. The woman died at the scene of the accident. According to the Daily News the victim was travelling from Canada. 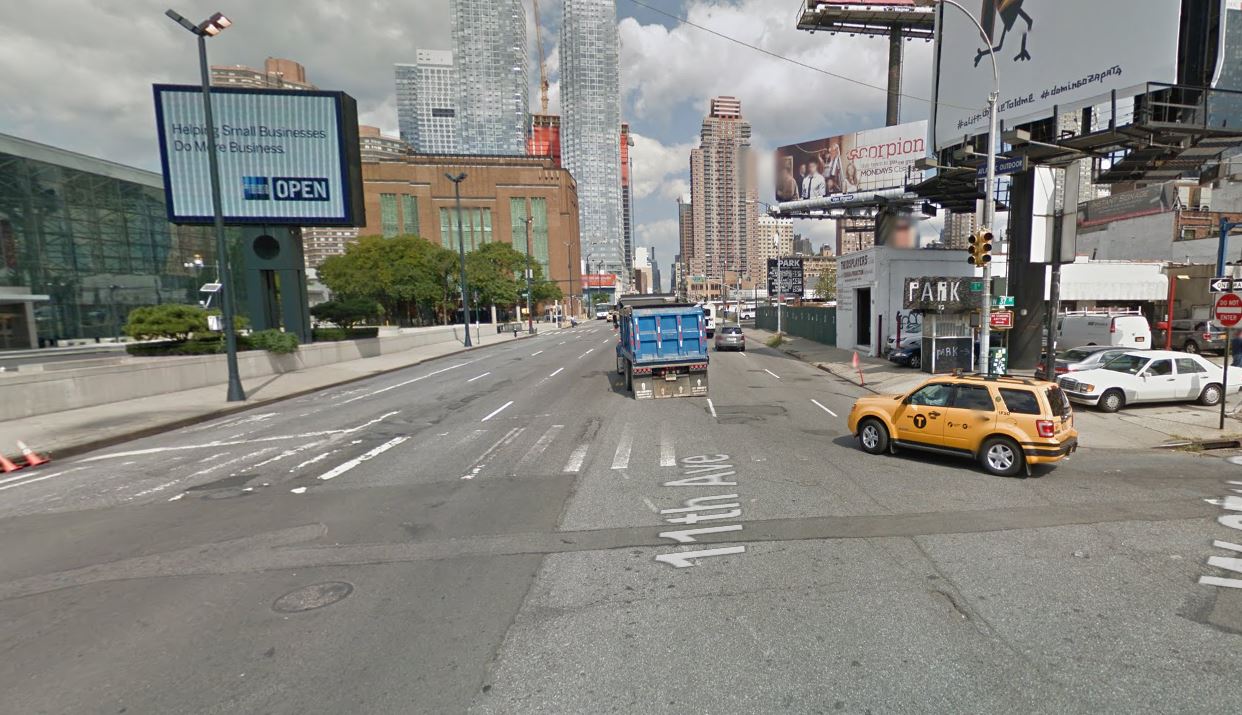 A 63 year old grandmother died in a truck accident yesterday in New York. The accident happened yesterday night at 8:48 pm at the intersection of Broadway and West 165th Street in Manhattan. Maria Minchala had just come out of the church and was on her way to work. She was crossing Broadway in the crosswalk when a flatbed truck hit her.

The truck driver who was operating a NYC Tire and Auto Care Inc. truck, was making a left turn onto Broadway when he hit her. He stayed at the scene of the accident and told the police that he never saw the victim. He explained that as he was turning he felt a bump and pulled over. He stepped out and discovered the victim.

Maria Minchala was rushed to the hospital but she didn’t survive. She was the second pedestrian to die in a traffic accident in NYC yesterday. Earlier in the day a 16 year old girl was fatally struck by a hit and run van in Queens (see previous blog)

Every month almost 100 auto accidents in New York City are caused by drivers who fell asleep or who are drowsy behind the wheel. According to a recent article in the Post, Uber drivers must work more than 19 hours every day to make ends meet. This situation is putting Uber passengers, pedestrians and other New York road users at the risk of dangerous accidents.

The Taxi and Limousine Commission regulation prohibits cabbies from driving more than 12 hours straight. However very few Uber driver seem to respect this rule. If they would they would simply not make enough money.

Limo Drivers were protesting last week at city airports against a cut of 15% of the fares that took place at the end of January. Uber may have simplified the life of many New York commuters but for cabbies and limo drivers conditions have only gotten worse. Those who owned yellow taxi medallions have seen the prices plummet with Uber competition and regular limo companies have lost many clients to Uber.  Limo drivers are making so little money on their fares these days that they are forced to work long hours.

END_OF_DOCUMENT_TOKEN_TO_BE_REPLACED

A pedestrian died and another one suffered personal injury after they were struck by a drunk driver in Washington Heights, New York City, early Saturday. The two pedestrians, a man and a woman in their 40ies  were walking on West 181st Street near Amsterdam Avenue when a car crashed into them. The driver, identified as 34 year old Jonathan Segura, was drunk. He had just exited the George Washington Bridge when he lost control of his vehicle and slammed into the pedestrians. He sped off in the night but returned later to the police station to surrender. He was charged with drunk driving, leaving the scene of an accident, vehicular manslaughter and criminally negligent homicide.

A taxi struck a pedestrian in Manhattan early yesterday. The accident happened in the Chelsea neighborhood. The 25 year old man was crossing West 15th Street near 10th Avenue when he was hit by the cab. He was transported to the hospital where he was listed in critical condition. According to a witness the impact was so strong that the young man landed on the front right window of the taxi and badly cracked it.  The taxi driver stayed at the scene of the accident and wasn’t charged. The police are still investigating the crash. Read more in the NY Daily News.

Pedestrians have a higher risk of being  injured in a New York car accident during the winter months than during the summer months. Recent statistics related to pedestrian injury in New York city show that 1,107 pedestrians were injured in January 2013 and 902 in January 2014. The graph below indicates that since 2013, the monthly number of pedestrians injured in a vehicle accident in NYC was always above 900 during the cold months of October, November, December and January. During the warm months of July and August this number was always below 900. Last year the monthly number of pedestrians injured in a crash was below 900 from February to September included. Even though too many people are still injured on the streets of the city, statistics show a trend of decreasing injuries. The Vision Zero initiative can be somewhat related to this improvement.

Two pedestrians were injured in a car accident in New York this afternoon. The accident happened around 2:30 pm near the intersection of Lexington Avenue and East 102nd Street in East Harlem, N.Y.C. The driver of a SUV who had just left the gas station located at one of the corners of the intersection drove the wrong way down a one way street. He then lost control of his vehicle rolling over an off-duty police officer’s foot before pining a woman against a laundromat. The woman was taken to the hospital in critical condition. Read more in the NY Daily News

END_OF_DOCUMENT_TOKEN_TO_BE_REPLACED

A 29 year old pedestrian died after being struck by a hit and run driver in New York on Friday night. The accident happened in Midtown Manhattan on the FDR Drive next to the 34th street exit. The police are still looking for the driver. The victim was transported to the hospital were he died. Read more in the NY Daily News

Last year from January to December NYPD  recorded 38,000 hit and run incidents. In 4,000 cases victims were left injured on  the road. In 48 cases the victims were severely injured or died in the accident. The police arrested 28 people who were related to these 48 cases (read more in Capital New York)

3 pedestrians suffered personal injury after being hit by a car in New York. The pedestrians were walking on the Upper East Side of Manhattan when a car plowed into them. The driver identified as 27 year old Cameron Cohello fled the scene of the accident, striking another car. He continued to drive toward the Queensboro Bridge. He abandoned his car near the bridge. He then tried to force a cab driver out of his car to steel his vehicle. A traffic agent ran to the rescue of the taxi driver. As the traffic agent was trying to grab him, Cohello punched him in the chest. Cohello was finally arrested by the police and sent to the hospital for psychological evaluation. He was charged with felony, assault and attempted robbery.