Approximately half of the patients returning to the ER after being discharged will be rehospitalized. Congestive heart failure, is the primary diagnosis for return emergency department visits with subsequent discharge and subsequent readmission in 30 days. Frequent diagnosis for return to the ER and re-admission include problems with a device, sickle cell anemia and abdominal pain.

“Hospital readmissions within 30 days of inpatient discharge are frequent and costly,” according to Kristin Rising, MD, a fellow in the Center for Emergency Care Policy & Research in the department of Emergency Medicine in Penn’s Perelman School of Medicine who is the lead author, of “Emergency Department Visits After Hospital Discharge: A Missing Part of the Equation” a new study published in the Annals of Emergency Medicine.

Since 2008 construction workers at Bekset Mansonry (NJ) have been exposed to scaffolding hazards that could have lead to serious injuries and fatal accidents. 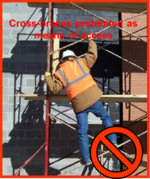 The construction company was cited for 3 repeat violations (lack of fall protection, use of scaffold cross braces to access the scaffold’s walking and working area and missing toe boards) and 5 serious violations including hazardous scaffolding and lack of proper training on scaffold and portable extension ladder set up.

65 percent of the construction industry, work on scaffolds frequently. Protecting these workers from scaffold-related accidents would prevent 4,500 construction accident injuries and 50 deaths every year, at a saving for American employers of $90 million dollars in workdays not lost, according to OSHA.

END_OF_DOCUMENT_TOKEN_TO_BE_REPLACED

In 2009, 21% of elderly enrollees in Medicare Advanatge received at least one high risk medication and 4.8% received at least two according to a redent study published in the Journal of Internal Medicine by Danya Qato, a pharmacist and doctoral candidate in health services research at Brown and Dr. Amal Trivedi, assistant professor of health services, policy and practice at Brown and a hospitalist at the Providence VA Medical Center

The study shows that the risk is much higher among residents of the South, women and people living in poor areas. The map below shows the percentage of seniors who received one or more high-risk medications in 2009 by region 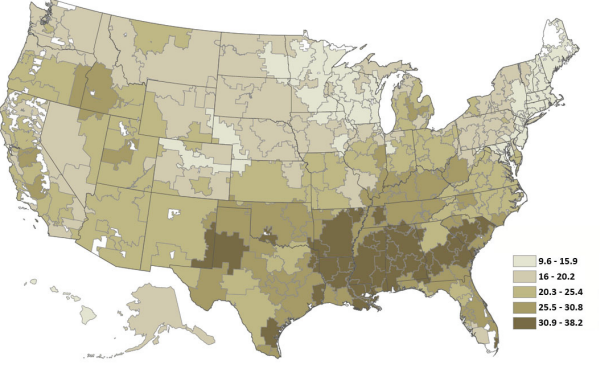 In this New York motorcycle accident case, our partner, Christopher L. Sallay, won summary judgment on behalf of the plaintiff. Justice Arlene P. Bluth held that plaintiff demonstrated their prima facie entitlement to judgment as a matter of law by establishing that the defendant violated New York Vehicle and Traffic Law Section 1141 when she made a left turn directly into the plaintiff’s path.

Use of cell phones or other electronic devices while driving is dangerous and can cause fatal car accidents. Most drivers know this but they still use their cell phones or other mobile devices to text, look at travel directions, check their emails, consult their calendar appointments, surf the web or play video games.

According to the latest National Occupant Protection Use Survey (NOPUS) “Driver Electronic Device Use in 2011“, texting or manipulating an hand held device while driving significantly increased from 2010 to 2011.

The trend is particularly alarming among young drivers and women.

END_OF_DOCUMENT_TOKEN_TO_BE_REPLACED

Failure to Diagnose Compartment Syndrome may be medical malpractice.Compartment Syndrome occurs when the pressure within a closed anatomic space (a compartment) becomes so elevated that capillary perfusion is compromised. Any closed anatomic space including the abdominal cavity is at risk of developing a compartment syndrome. Compartment syndrome is a surgical emergency. Surgical decompression by fasciotomy must be performed within eight hours of onset or permanent neuromuscluar damage may result. Failure to properly treat will cause necrosis of the nerves and the muscles in the affected compartment since the increased intracompartmental pressure leads to ischemia and thus loss of blood supply to the nerves and muscles within the compartment. Further complications include Rhabdomyolysis which may lead to renal failure,loss of limb and sometimes death.

The following video from Dr Nabil Ebraheim, Professor and Chair of Orthopedic Surgery at The University of Toledo, explains with great detail:

– What is Compartment Syndrome?

END_OF_DOCUMENT_TOKEN_TO_BE_REPLACED

Below is the program for the Conference:

END_OF_DOCUMENT_TOKEN_TO_BE_REPLACED

Four employees of New York’s Rikers Island prison are suing the city for cancer-related illnesses they claim were caused by exposure to toxic substances on the job. Most of prison is built over a landfill.

The employees, along with the widow of another employee, say the city knew of the danger but neglected to warn its workers. A claim the city denies.

Our partners, Christopher L. Sallay and Anthony H. Gair, successfully resolved a case involving a sheet metal worker whose pelvis was fractured when the unsecured arm of a sign became dislodged and struck him. The plaintiff received a $2,500,000 settlement following extensive negotiations at a private mediation.

On July 27, 2005, the 36-year old plaintiff had his pelvis fractured when a 1000 pound sign arm that was not secured fell off a sign being hoisted by the defendant. In this case, the Defendant was negligent for their failure to secure the arm post prior to hoisting the 30+ foot long sign. The defendant company claimed that they did not know that the arm post was not attached to the body of the sign. However, testimony established that they never checked or did anything to verify this prior to moving the sign. Notably, it took 4 men to lift the arm of the sign off of the injured plaintiff.

As a result of this accident, the plaintiff was taken via ambulance to a local Emergency Room and immediately underwent an open reduction and internal fixation of his pelvis.