A pedestrian was fatally struck by a car in New York and the police are still looking for the driver. 61 year old Mercedes Dearmas was killed on Saturday night by a reckless driver who took off after he hit her.  That day Dearmas was celebrating her birthday. She had spent the day picking out a birthday outfit and chatting with neighbors. She spent the evening at her home located on Seventh Ave and 120th Street in Harlem with her long term boyfriend Rodolpho Rabaza. A little after midnight she told him she was going to the store. She walked down to 113th Street. As she tried to cross Adam Clayton Powell Jr. Blvd a silver Sedan fatally struck her. She was rushed to the hospital but she couldn’t be saved.

A pedestrian died from his injuries one day after being the victim of a hit and run accident in Manhattan early Tuesday. The police released a gruesome surveillance video  of the accident (see below). The footage shows the driver heading east E. 14th Street and slamming into the pedestrian while making a left turn onto Union Square East. The victim is 34 year old Adrian Blanc. An executive chef at Hill and Bay, Blanc was planning to get married in Venezuela next month. After the accident he was rushed to the hospital in critical condition, He passed away the following day. Yesterday the police announced that they found the car that hit him.  It is dark-colored Jeep Renegade that belonged to Zip Car. The police now have to find out who was behind the wheel at the time of the accident. There is an epidemic of  hit and run accidents in New York City. On average there is one person every week who dies in a hit and run accident in New York City. Yesterday the City Council passed a bill to crack down on these type of accidents. (see previous blog ) 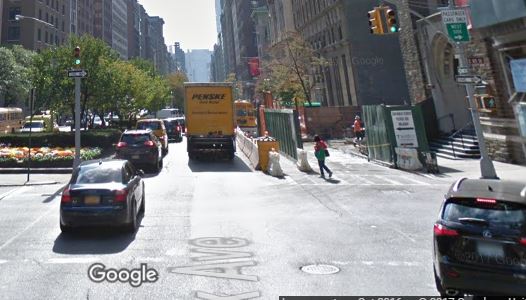 END_OF_DOCUMENT_TOKEN_TO_BE_REPLACED

NY Governor Andrew Cuomo  wants to find out if texting and driving accidents in New York could be prevented with the help of a textalyzer. Yesterday the governor announced that he mandated the Traffic Safety Committee to study the possibility of providing police officers with textalyzers. The textalyzer is a portable electronic device that can be plug into the phone of a driver to determine if they were using their cell phone just before an accident occurred.

Supporters of the textalyzer says the device will help the police determine the cause of an accident and it will also act as a deterrent. It will aid in preventing drivers from using their phones while driving.

Others are opposed to it because they see it as an invasion of privacy.  Civil libertarians argue that automatically handing your cell phone to a police officer violates due process. They believe police should have to get a warrant before being able to access someone’s phone.

END_OF_DOCUMENT_TOKEN_TO_BE_REPLACED

Two people were critically injured in a car crash in New York early Wednesday morning. A reckless driver who was speeding north on Third Avenue blew a red light and crashed into a tractor trailer truck belonging to the New York City Department of Transportation. The impact was so strong that a taxi parked nearby was also hit and damaged. The taxi driver suffered serious injury and was taken to the hospital.  The driver and the passenger of the speeding car suffered critical injury. Their car was completely mangled and the FDNY had to cut the top of the car off to extricate them. They were rushed to the hospital. The driver is now in stable condition but the passenger is still clinging to his life. The truck driver wasn’t injured according to the police. Read more in the NY Daily News

A man died in a crash in Manhattan last Friday night. The 29-year-old driver of a 2013 Nissan Altima was speeding on the West drive of Central Park when he lost control of his vehicle. He jumped the curve and after crossing a grassy area he crashed into an oak tree 300 feet from the roadway. He was transported to the hospital where he was pronounced dead. The speed limit inside Central Park is 25 mph but according to witnesses the car was probably going at a speed of 60 to 70 mph. The accident occurred on Friday night around 11:30 pm. According to Park Drive Regulations, cars are only allowed on the West Drive weekdays between 8:00 am and 10:00 am.  It is not clear why the man was driving on the West Drive of the Park at this time.

A bicyclist was severely injured by a reckless driver who was chased by the police. The driver identified as 28 year old Raheem Addison had 25 license suspensions in 12 different states and 21 prior arrests. He had been partying for hours at a pride event before getting behind the wheel of a car parked in a Midtown garage. As he left the garage he almost hit a family. Someone alerted the police. When the police arrived near the garage, they saw the man parked outside the garage, in the driver’s seat. When he saw them, the young driver took off. The police started to chase him in the middle of one of the most populated areas of Midtown Manhattan. The driver, who was intoxicated, crossed the double line on 34th street before making a left turn and enter 7th Ave in the wrong direction. He hit a 32 year old bicyclist, severely injuring him and continued his erratic driving almost hitting other pedestrians who had to jump out of the way of the car to avoid him. The driver drove the wrong way for two blocks, turned on 26th street and shortly later abandoned the car running away on foot. Police eventually found him and he was taken into custody. The owner of the car who was seated next to him as a passenger during the entire chase was released without charges. The bicyclist who was ejected across the street at the time of the accident was transported to the hospital with critical injuries. He is now in serious but stable condition.

An 87 year old pedestrian who was hit by a SUV in New York a few weeks ago died from his injuries yesterday according to the police. The man was crossing Grand Street in the Lower East Side around 6:40 pm on March 7th when he was hit by a SUV.  The pedestrian was first hit by the front bumper. He then slammed into the windshield and collapsed. He was rushed to the hospital where he died from his injuries 20 days later. Read more in the NY Daily News

If we compare the recent numbers to a year before, statistics show a decline. However if we compare the same numbers to two years before, the number of fatalities increased despite the Dusk & Darkness Safety Initiative. Too many elderly pedestrians are still dying in traffic accidents and more needs to be done to protect them.

END_OF_DOCUMENT_TOKEN_TO_BE_REPLACED

1 person died and two people were injured in a truck accident in New York early Monday morning.  Around 2:20 am, 23 year old Sandhu Simranjeet Singh from Durham, NC was driving a tractor-trailer, heading west on the Cross Bronx Expressway. As he was near the George Washington Bridge he lost control of his truck and slammed into a car. He then fled the scene of the accident leaving behind him 3 critically injured people. The reckless drunk truck driver was later caught by the police near the Vince Lombardi Rest Stop. He was arrested and charged with drunk driving.  The 3 occupants of the car had to be pulled out of the mangled vehicle by the emergency responders. They were transported to the hospital. The driver, 25 year old Caeser Contreras, didn’t make it and was pronounced dead at the hospital. The two other passengers who were 28 and 39 years old were in critical condition.