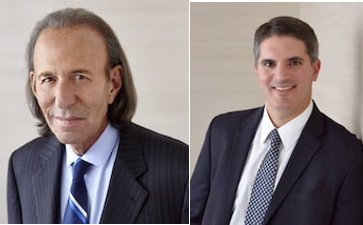 END_OF_DOCUMENT_TOKEN_TO_BE_REPLACED

Our NY personal injury law firm is proud to announce that our attorneys Ben. B. Rubinowitz, Anthony H. Gair and Christopher J. Donadio obtained a $5.85 million settlement in a construction accident that occurred in Queens.

The case involved a construction worker who was injured while performing asbestos removal work on a building rooftop in Queens, NYC. He fell 15-20 feet into the building when the roof collapsed in the area where he was working.

He was rushed to North Shore University Hospital where he was diagnosed with fractures to his spine. While in the hospital, he underwent a percutaneous fusion from the T10 vertebrae to the L2 vertebrae. He remained in the hospital for three and a half weeks after the accident. Following his discharge, he underwent several months of physical therapy and also received epidural steroid injections in his lower back.