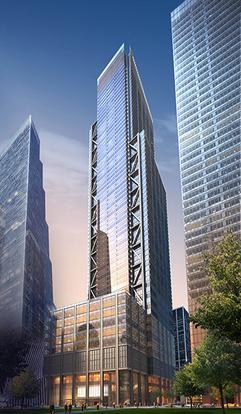 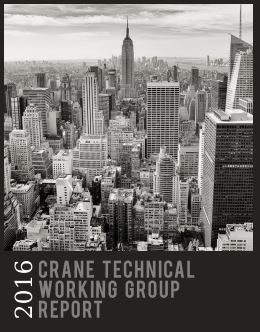 The group noted that despite having some of the most comprehensive crane safety regulations in the world, the NYC  Department of Buildings hasn’t comprehensively revised and updated these regulations since 2008. In between technology and best practices have evolved tremendously. A new effort to update regulations was launched by the DOB  last year but nothing has been released yet. Therefore the Crane Safety Technical Working Group proposes that the Department of Buildings integrates the Crane Safety Technical Working Group recommendations with their ongoing efforts to update the existing crane regulations.

In its recommendations, the group suggests:

END_OF_DOCUMENT_TOKEN_TO_BE_REPLACED

The widow of David Wichs who was killed by a crane that collapsed on a New York Street (see previous post) is intending to sue the City for $600M. Rebecca Wichs who is represented by our partner, New York crane accident attorney Howard Hershenhorn, filed a notice of claim last week with the New York City Comptroller. Her husband David Wichs was walking on Worth Street, in downtown Manhattan, when a crane fell in the street and killed him. Rebecca Wichs is seeking $550 for wrongful death, $25 million for conscious pain and suffering and $25 million for loss of services.

Rebecca Wichs claims that The City was negligent in the manner in which they supervised the construction site.  It is also claimed The City failed to proprely consider the weather conditions in their decision making process. Knowing about the heavy snow and winds that were forecast for that day, The City should have ordered the lowering and securing of the crane the day before the collapse.