The NYPD announced they have charged a 60 year old driver who killed a 27 year old pedestrian in Brooklyn at the end of December. Raul Leone-Vasquez was hit in the crosswalk by Simcha Rosemblatt as he was crossing Bay Pkwy at Bath Ave in Bath Beach, Brooklyn, NYC. He was rushed to the hospital where he died two days later of his injuries.

A 57 year old woman was driving on Bell Boulevard near Estates lane in Bayside when she accidentaly hit a 69 year old woman who was trying to cross the street. The accident happened around around 5:30 pm. The victim was rushed to the hospital but she couldn’t be saved and died from her injuries. The driver remained at the scene of the accident and wasn’t charged with any criminal offense. 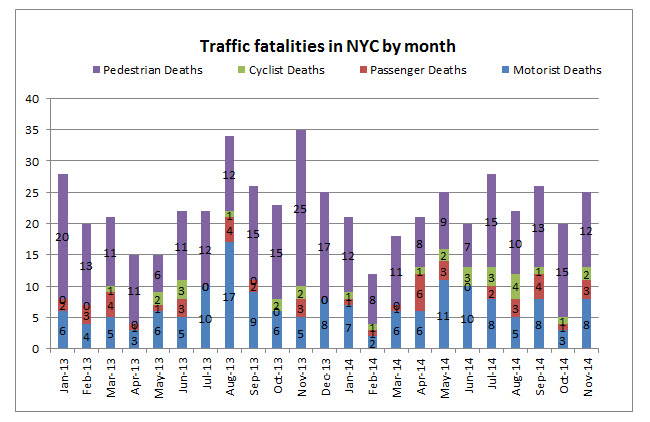 END_OF_DOCUMENT_TOKEN_TO_BE_REPLACED

16 year old Dylon Ramirez is dead and a 15 year old female is in critical condition as a result of a pedestrian accident that happened yesterday around 5pm at the intersection of Baychester Ave and Crawford Ave in the Bronx, NYC.

Both teenagers were crossing the road when a Honda hit them. The impact propelled the young man into the other lane of traffic where he was struck by another car.

The driver of the Honda fled but later came back to the scene of the accident and was arrested by the Police.