28 year old Prezidor Porbeni surrendered and admitted that he fled the police after he fatally hit a woman with his SUV in Harlem, NYC, on New Year’s eve.

The victim, 44 year old photographer Guler Ugur-Yaacobi (see picture), was hit by the SUV near the intersection of W.113th St and Amsterdam Ave at the beginning of the evening on December 31st. The impact was so strong that witnesses said the woman was sent 80 feet down Amsterdam. She was pronounced dead when she arrived at the hospital.

Porbeni turned himself in after the police released surveillance video and asked the public to help them find Porbeni’s 2006 Land Rover. He was arrested and charged with leaving the scene of an accident resulting in death and driving with a suspended license.

END_OF_DOCUMENT_TOKEN_TO_BE_REPLACED 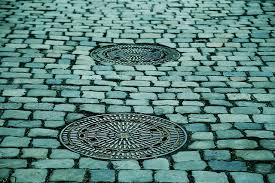 An NYC taxi driver and his passenger suffered personal injury after an explosion caused a manhole to fly in the air and strike the taxi on Lexington near 44th street in Manhattan early Monday morning.

The impact damaged the doors and the windshield of the taxi.

A good Samaritan pulled the two victims out of the taxi through a window and through the sunroof. The driver suffered back injury and the passenger a minor hand injury.

END_OF_DOCUMENT_TOKEN_TO_BE_REPLACED

Former Traffic Commissioner Sam Schwartz, also known as Gridlock Sam because he coined the term gridlock, believes the following measures would be effective in cutting down the number of pedestrian accidents in New York City.

END_OF_DOCUMENT_TOKEN_TO_BE_REPLACED

A taxi jumped a curb yesterday in New York City at Rockefeller Center stricking a British tourist and severing her left leg and severely injuring the other. Her foot was recovered at the scene and doctors at Bellevue Hospital tried in vain to reattach it. The 24-year-old cab driver, Faysal Kabir Mohammad Himon of Queens lost the control of his car during a road-rage duel with a bike messenger. Himon who has a hack license but wasn’t authorized to drive the cab had a history of negligent driving. He was previously involved in a car accident injuring one person in 2010 and had many traffic violation on his record.