END_OF_DOCUMENT_TOKEN_TO_BE_REPLACED

A man was injured in a partial building collapse in Manhattan. Part of the facade of a building containing a parking garage on 203 East 38th Street near third Avenue in Murray Hill  crashed down the street falling on a parked Limousine with TLC plates. The driver who was sitting in the car at the time of the accident was injured as debris falling from the top of the building partially destroyed his car. The windows were broken and the trunk dented. Another man who was making a delivery nearby just had the time to escape and run away from the disaster. According to witnesses, first a few bricks fell on the ground and then immediately after a significant part of the wall followed.

The parking garage was closed during the coronavirus crisis. It opened and closed several times last year according to a local resident who was interviewed by CBS News. The resident said that on some days he witnessed trucks coming out of the garage carrying loads of debris. The DOB received previous complaints that construction work was being done at the location without valid permits. Inspectors were sent twice to the location but were not able to enter the building according to the DOB.  The building which is under a partial vacate order  received 3 previous violations in May and June related to damages to the roof and floor that were categorized as “immediate emergency”. These violations were still active at the time of the accident.

END_OF_DOCUMENT_TOKEN_TO_BE_REPLACED

Following the tragic death of  architect Erica Tishman who was killed by falling debris in Times Square, New York two days ago, Inside Edition looked at previous cases of victims struck by falling debris.

They talked to our client Jayson Greene who lost his 2 year old daughter Greta after a brick fell on her. At the time of the accident, Greta was sitting on her grandmother’s lap on a bench in the Upper West Side of Manhattan (see more info in previous blog). Jason  told Inside Edition that no one in New York City should fear for their life when walking in the street. He felt very sad for the family of Erica Tishman who will have to endure the same tragedy his family went through when his daughter was killed.

END_OF_DOCUMENT_TOKEN_TO_BE_REPLACED 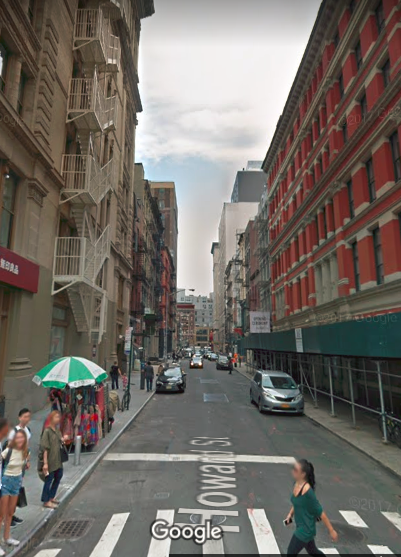 A man and a woman walking on Howard Street in New York City suffered critical injury after being hit on their heads by a falling piece of fire escape on Friday afternoon.

The man, identified as 58 year old Richard Marchhart from Long Island, succumbed to his injuries a day after his hospitalization. He left behind a wife and three children: a daughter going to high school and two sons going to college.

The injured woman is a 24 year old artist who was on her way to a studio at the New York Academy of Art on Franklin Street.

END_OF_DOCUMENT_TOKEN_TO_BE_REPLACED 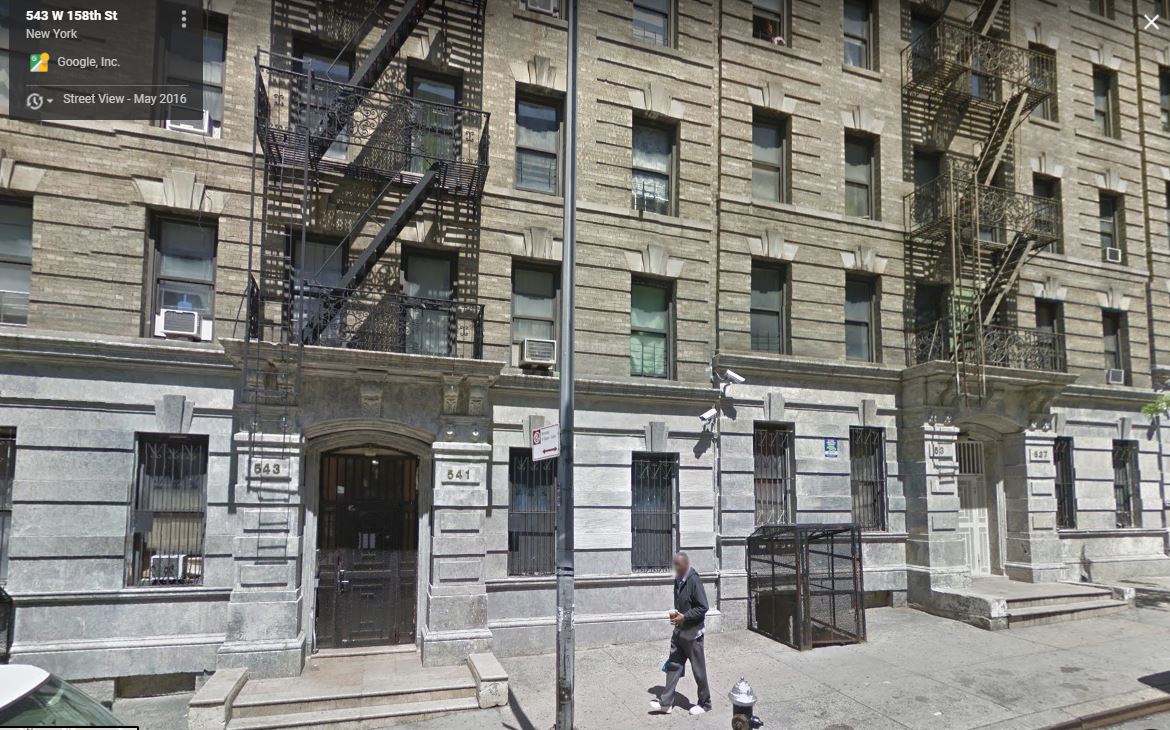 A woman fell 6 feet after the sidewalk of an inadequately maintained building collapsed under her. 47 year old Mariana Fuentes is a flower vendor in Washington Heights. Last Saturday around 7:40 am she parked her cart next to a building located on West 158th Street near Broadway. Suddenly the sidewalk collapsed and she fell 6 feet down into an abandoned underground vault. Her husband who was standing near her when the accident happened watched in horror. There wasn’t much he could do to help her as he was himself injured after having been run over by a city bus a while ago.

A good Samaritan who saw the accident, brought a ladder and went down to help Fuentes. He found her lying on the ground with a big concrete slab on her leg. He wasn’t able to remove it but he stayed next to Fuentes until EMS arrive. The firefighters were able to free her and bring her out on a backboard. She was transported to the hospital with serious injuries. Inspectors from the Department of Building came and issued a partial vacate order for the underground vault and the sidewalk as well as for an adjacent building. A sign on the building  read “The Department of Buildings has determined that conditions on these premises are imminently perilous to life”. The hole was covered with police tape and plywood.

The Fuentes have been living on the block for more than 20 years. The flower business is the family’s only income.

END_OF_DOCUMENT_TOKEN_TO_BE_REPLACED

A few days after a NYC toddler died by falling from a window, another one injured himself badly in a similar manner. The 5 year old boy fell from the 5th floor of a 6-story building and miraculously survived. The New York Daily News reported that something may have broken the fall and saved the boy.

A 3-year old boy died after he fell from a window in a  public housing development in Harlem, New York City.  Latyre Sene fell  from the 13th floor of a building located in the Harlem River II Houses on Frederick Douglass Blvd. near W. 151st St (picture).  The window guard was found next to him. Police are investigating why the window guard fell and didn’t protect the toddler.

Building owners have the responsibility to install and maintain window guards in any apartment where a family is living with children. Because Latyre Sene’s family was illegally subletting the apartment,  it wasn’t clear if  NYCHA who owns the building was aware that a child lived in this apartment.

On Monday, a maintenance employee was seen leaving the apartment with a drill and 3 guards in his hands. Following the tragic accident, several other residents of the building also asked for a revision of their window guards.

END_OF_DOCUMENT_TOKEN_TO_BE_REPLACED

In a busy city like New York retaining walls that are not proprely maintained can cause serious damages to the public and to adjacent properties. Retaining walls are built to retain soil on steep slopes.  They are designed to resist the lateral pressure of the soil’ however hot weather conditions such as those experienced this summer in New York City can accelerate their deterioration.

After a 75 foot-high stone retaining wall that was built in 1908 collapsed on the Henry Hudson Parkway in Upper Manhattan in May 2005, the NYC department of Buildings launched an Annual no penalty retaining wall inspection program that allows property owners to request an inspection of their property by an NYC Buildings Inspector without incurring violations.  This free service is available until September 18th. For more info click here