END_OF_DOCUMENT_TOKEN_TO_BE_REPLACED

An 8 year old girl suffered head injury after being hit by debris falling off a NYC construction site.

Last Friday morning, Tatiana Devia was in the courtyard of her family’s apartment building on 35th Avenue near 83rd Street in Jackson Heights, Queens, when a wooden plank fell on her head. She was rushed to the hospital to be treated for a mild concussion and a large wound to her head. 3 staples were needed to close the wound. The wood fell from a construction site located at the fourth floor of the building were workers where renovating an apartment. Workers were moving planks from the construction site to the ground by letting them down with a rope from the fire escape. One of the wood pieces slipped from the rope and hit the girl. Construction workers were working without having proprely safeguard the area. The man who was lowering the board ran away and was nowhere to be found.

Investigators from the Department of Buildings issued a full stop work order and the contractor was hit with 3 violations including failure to safeguard a construction site. The family and other witnesses who live in the building said that the little girl could have been killed. Her brother was so traumatized that he was scared to return home.

END_OF_DOCUMENT_TOKEN_TO_BE_REPLACED 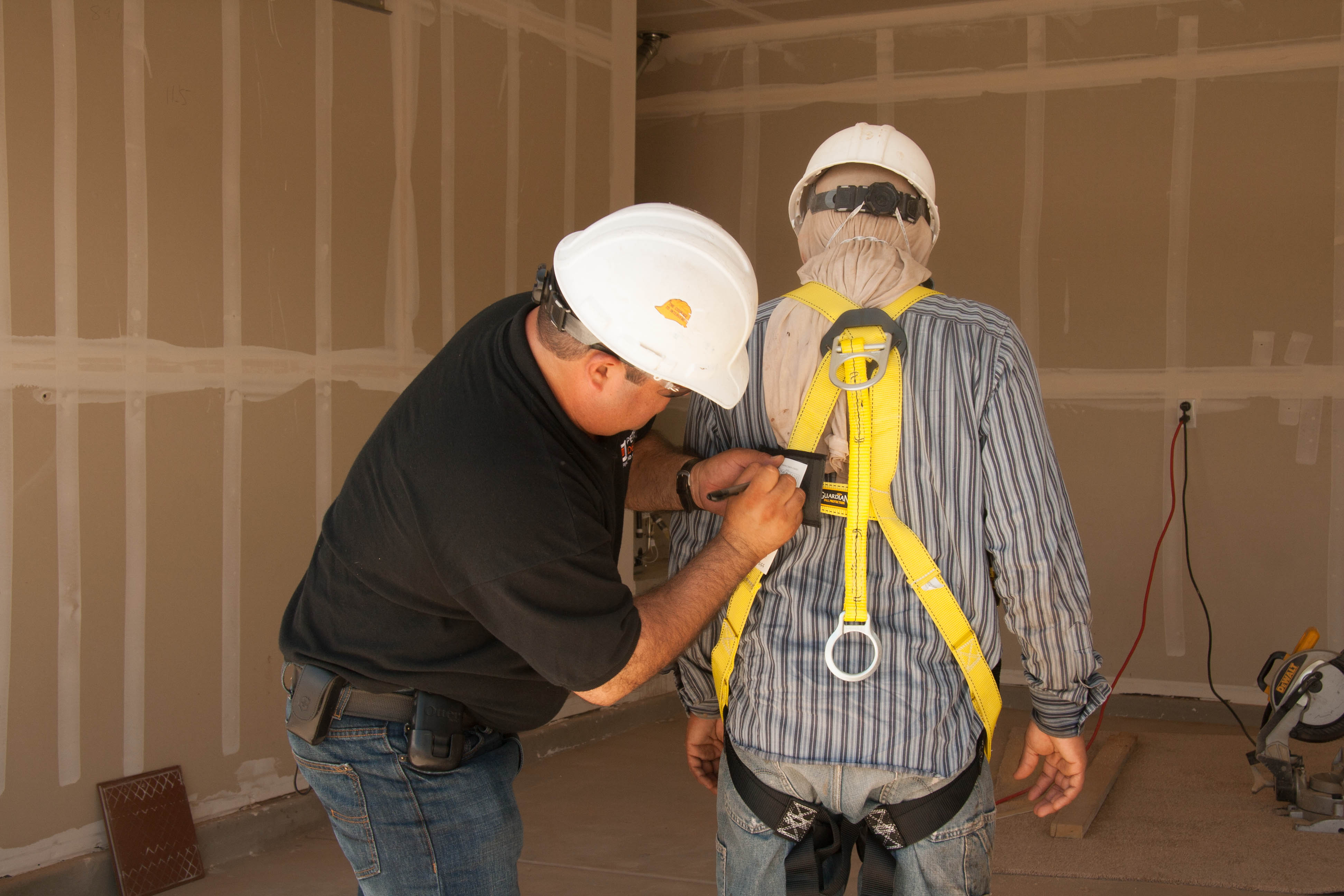 In New York almost half of the fatal accidents on construction sites are caused by falls. Most falls are preventable. OSHA is requiring that any worker who is working at a height of 6 feet or more from the ground and who is near an unprotected side or edge be protected with either or both of the following safety equipment:

END_OF_DOCUMENT_TOKEN_TO_BE_REPLACED

A construction worker suffered two broken legs after he was struck by a drunk driver early Saturday morning in Staten Island, NYC. The driver, 28 year old Keith Hayes was driving his 2015 Nissan Altima on Midland Ave and made a right turn onto Hyland Boulevard. As he was turning he lost control of his car and hit several orange cones protecting a construction zone. He then struck a flag man barreled into the construction site and flipped his car into a ditch.  The flagman was part of a crew of construction workers who were repairing a water main. He was rushed to the hospital to be treated. The driver was tested for alcohol and breathalyzer showed 0.163, twice the legal limit. He was charged with drunk driving, vehicular assault and reckless endangerment.

To curb the recent increase of deaths on NYC construction sites,  Mayor de Blasio signed yesterday “Intro. 1447-C” a bill requiring each construction worker to attend 40 hours of safety training to be able to work at a New York construction site. “For the hard-hats in one of our city’s most dangerous jobs, this bill will help get them home to their families at night and keep the general public safe around construction sites. I want to thank Speaker Mark-Viverito and the Council for bringing this legislation into fruition and helping making our city even healthier, fairer and safer city for all.” said Mayor de Blasio in his press release.

The bill was supported by the construction workers unions but most of the contractors and the real estate industry opposed it. They argue that it would be expensive and that the timeline was impractical.  However, according to Councilman Jumaane Williams (D-Brooklyn), a sponsor of the bill, the city will provide $5 million to help pay for the training for small companies and minorities.

END_OF_DOCUMENT_TOKEN_TO_BE_REPLACED

Our NY personal injury law firm is proud to announce that our attorneys Ben. B. Rubinowitz, Anthony H. Gair and Christopher J. Donadio obtained a $5.85 million settlement in a construction accident that occurred in Queens.

The case involved a construction worker who was injured while performing asbestos removal work on a building rooftop in Queens, NYC. He fell 15-20 feet into the building when the roof collapsed in the area where he was working.

He was rushed to North Shore University Hospital where he was diagnosed with fractures to his spine. While in the hospital, he underwent a percutaneous fusion from the T10 vertebrae to the L2 vertebrae. He remained in the hospital for three and a half weeks after the accident. Following his discharge, he underwent several months of physical therapy and also received epidural steroid injections in his lower back.

END_OF_DOCUMENT_TOKEN_TO_BE_REPLACED 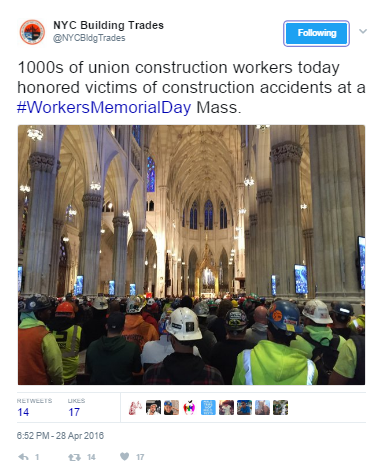 11 New York construction workers died on the job over the last 12 months. 9 of them were non unionized and two of them were unionized. These fallen hard hats were honored yesterday in St. Patrick’s Cathedral by thousands of construction workers. The mass is an annual tradition in New York. Thousands of construction workers most of them coming straight from work in their dusty outfits filled the cathedral. 15 different trade unions were present. Rev Brian Jordan, chaplain for the Building and Construction Trade Council of Greater New York, presided at the the mass. Behind him were 11 empty chairs each with a white hard hat and a rose.

Too many construction workers die in New York City because they are not proprely trained for the job. Yesterday the Laborers-Employers Cooperation and Education Trust (LECET) and District Council 9, International Union of Painter and Allied Trades (DC9 New York) announced that they were joining forces by creating Building Blocks NYC, a new coalition to advocate for the passage of Intro 1447 by the New York City Council. Intro 1447 is a legislation that would increase training for all construction workers in New York City, union and non-union alike.

Over the last 2 years 33 construction workers died on the job in New York City. The most recent fatal construction accident in the city occurred last week in Time Square, New York. 59 year old Jose Cruz fell 18 feet to his death. Cruz fell from an I-Beam. At the time of the accident, Cruz was wearing a safety harness but it wasn’t tied it off. The accident was completely preventable. (see previous blog)