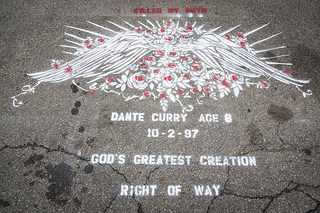 “Pedestrians vs. Cars: Manhattan’s Deadly Traffic Problem and What Can Be Done About It” was the subject of a discussion led two days ago by DOT Commissioner Polly Trottenberg, former New York Times executive editor Jill Abramson, councilmember Helen Rosenthal, Dana Lerner, and members of the NYPD at the New York Society for Ethical Culture. During the dicsussion Jill Abramson noted that most of the time when a driver kills a pedestrian, nothing happens, not even a ticket. The discussion also covered subjects such as grievance for families who have lost a loved one in traffic accidents, recent traffic accidents data and speed cameras.

Read more in the Gothamist
Picture: Right of Way

28 year old Prezidor Porbeni surrendered and admitted that he fled the police after he fatally hit a woman with his SUV in Harlem, NYC, on New Year’s eve.

The victim, 44 year old photographer Guler Ugur-Yaacobi (see picture), was hit by the SUV near the intersection of W.113th St and Amsterdam Ave at the beginning of the evening on December 31st. The impact was so strong that witnesses said the woman was sent 80 feet down Amsterdam. She was pronounced dead when she arrived at the hospital.

Porbeni turned himself in after the police released surveillance video and asked the public to help them find Porbeni’s 2006 Land Rover. He was arrested and charged with leaving the scene of an accident resulting in death and driving with a suspended license.

END_OF_DOCUMENT_TOKEN_TO_BE_REPLACED

After several pedestrians died in traffic accidents on the Upper West Side in NYC, the cops have been cracking down on jaywalkers in sensitive areas such as W. 96th street and Broadway (picture). Earlier this year cops in the neighborhood were instructed to give tickets that could go up to $150 to pedestrians caught jaywalking. The cops went after the pedestrians in such an aggressive way that they ended up knocking down and roughing up an 84 year old man who tried to walk away when the cops were issuing him a ticket. The old man hired a personal injury lawyer who is now suing the city for $5 million.

Last week NYPD Commissioner Bratton told cops to use discretion with the elderly and handicapped and Marion Larin the Captain of the UWS 24th precinct replaced the ticket blitz by an information blitz campaign during which officers will teach jaywalkers to follow the law in order to protect themselves from dangerous traffic accidents.

END_OF_DOCUMENT_TOKEN_TO_BE_REPLACED

Former Traffic Commissioner Sam Schwartz, also known as Gridlock Sam because he coined the term gridlock, believes the following measures would be effective in cutting down the number of pedestrian accidents in New York City.