END_OF_DOCUMENT_TOKEN_TO_BE_REPLACED

34 year old Jonatan Segura was drunk and speeding the night he killed one pedestrian and injured another in a car accident in New York last January. Segura plead guilty to manslaughter, two counts of assault, homicide, leaving the scene, and drunk driving as well as misdemeanor assault and misdemeanor leaving the scene of an accident. He is facing 4 to 12 years in prison.

On January 30th around 4:00 am, Segura was driving on 181st Street near Amsterdam Avenue when he lost control of his BMW sedan. He was drunk and he was speeding. He hit a pick-up truck and two pedestrians. One of them, Encarnation died form his injury at the hospital, the other one, a 46 year old woman was seriously injured.

Segura fled the scene of the accident on foot leaving behind him two seriously injured people and his car completely destroyed by the high speed impact.

END_OF_DOCUMENT_TOKEN_TO_BE_REPLACED

An 87 year old pedestrian who was hit by a SUV in New York a few weeks ago died from his injuries yesterday according to the police. The man was crossing Grand Street in the Lower East Side around 6:40 pm on March 7th when he was hit by a SUV.  The pedestrian was first hit by the front bumper. He then slammed into the windshield and collapsed. He was rushed to the hospital where he died from his injuries 20 days later. Read more in the NY Daily News

If we compare the recent numbers to a year before, statistics show a decline. However if we compare the same numbers to two years before, the number of fatalities increased despite the Dusk & Darkness Safety Initiative. Too many elderly pedestrians are still dying in traffic accidents and more needs to be done to protect them.

END_OF_DOCUMENT_TOKEN_TO_BE_REPLACED

A pedestrian was hit by a SUV last night on the Upper East Side of Manhattan. The accident occurred around 9:10 p.m.  A 37 year old woman was crossing the intersection of E. 86th Street and York Ave. According to the police, she was 10 feet away from the crosswalk when a SUV hit her.  The pedestrian suffered leg and head trauma. A witness reported that she was bleeding extensively. She was transported to the hospital in critical condition but she is expected to survive.  The driver, a 56 year old man stayed at the scene of the accident. Read more in the NY Daily News.

The winter months are usually the most dangerous months for pedestrians. Since last October more than 1,000 pedestrians were injured every month in motor vehicle accidents in New York City. According to the most recent statistics released by the NYPD, the number of pedestrians injured in car accidents in NYC last January was 1,083. This is the highest number of pedestrian injuries for a month of January since Vision Zero started in 2014. Before Vision Zero started, there were 1,107 pedestrians injured in January 2013.

A woman suffered critical personal injury after being hit by a MTA bus in New York City. The accident occurred around 9 pm last Monday. 61 year old Aurora Beauchamp was crossing E. Houston Street at Avenue D in the crosswalk  and at the green light when the bus struck her. She was transported to the hospital. Her sternum, ribs hip and pelvis were broken and she suffered internal bleeding. The bus driver was also transported to the hospital for trauma. He was charged with failure to yield to a pedestrian.

It is not the first time that a pedestrian has been hit by an MTA bus at this location.  Just a few months ago, in October 2016, 73 year old Anna Colon was fatally hit by a MTA bus that was turning left from Avenue D onto East Houston.

While looking at the Twitter picture below, one can see that Monday’s accident occurred exactly in the same way: the bus was making a left turn onto East Houston as well.

END_OF_DOCUMENT_TOKEN_TO_BE_REPLACED

Our NY personal injury law firm is proud to announce that our attorneys Ben. B. Rubinowitz and Christopher J. Donadio obtained a $5 million settlement during trial involving a pedestrian injured in a van accident that occurred in Manhattan.

The case involved a New York City Department of Transportation van that struck and ran over the plaintiff on February 15, 2013 at the intersection of 6th Avenue and 31st Street in Manhattan.  The plaintiff, Hui Sang Park, was a college student on her way to class when she was hit by the van within the crosswalk. Following the collision, the driver of the van, city employee Richard Brooms, admitted to police officers at the scene that he never saw Ms. Park before he struck her and that he had no idea where she came from.

Ms. Park was taken from the scene by ambulance to New York Presbyterian Hospital. At the hospital, she was diagnosed with severe injuries including a comminuted open fracture of the tibia and fibula, a tibial plateau fracture, pelvic fractures, a sacral fracture, a right wrist fracture and a fracture to her shoulder. In addition to her fractures, while in the hospital, Ms. Park developed compartment syndrome in her lower leg, requiring an emergency fasciotomy. In addition to the fasciotomy, Ms. Park underwent multiple surgeries, which required the insertion of hardware in her leg, knee, pelvis and wrist.

END_OF_DOCUMENT_TOKEN_TO_BE_REPLACED 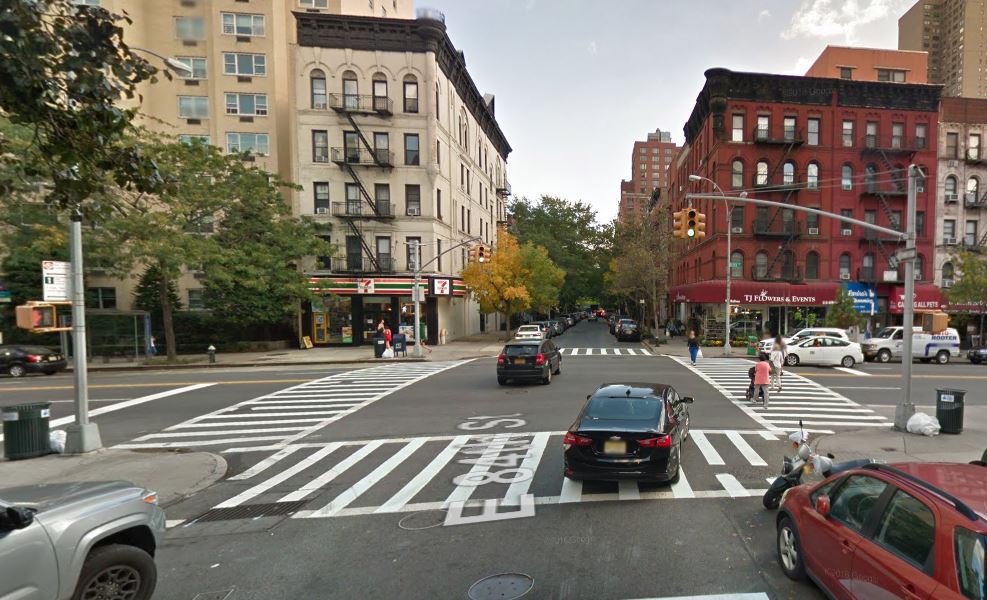 Two pedestrians were injured in car accidents at two dangerous intersections of the Upper East Side of Manhattan this week-end. Both accidents occurred after sunset. The first one took place at the intersection of 84th Street and York (see Google Map picture on the left) Saturday at 5:45 pm. A 76 year old lady who crossed the street against the light was struck by a car. She suffered broken bones in her face, leg and pelvis.  She was transported to the hospital in critical condition. The driver stayed at the scene of the accident and wasn’t charged. Since 2009, 7 pedestrians were injured in car accidents at this intersection.

The second accident took place at an even more dangerous intersection. 28 pedestrians were injured since 2009 at the intersection of East 86th Street and Third Ave. Another victim was hit by a car at this location on Sunday at 8:30 pm.

To prevent such accidents the city launched the Dusk and Darkness campaign to tell pedestrians and drivers about the higher risk of pedestrian accidents during the winter darkness. As part of this campaign The NYPD also increases enforcement against drivers speeding, failing to yield or being distracted while driving between 4:00 pm and 9:00 am.

END_OF_DOCUMENT_TOKEN_TO_BE_REPLACED 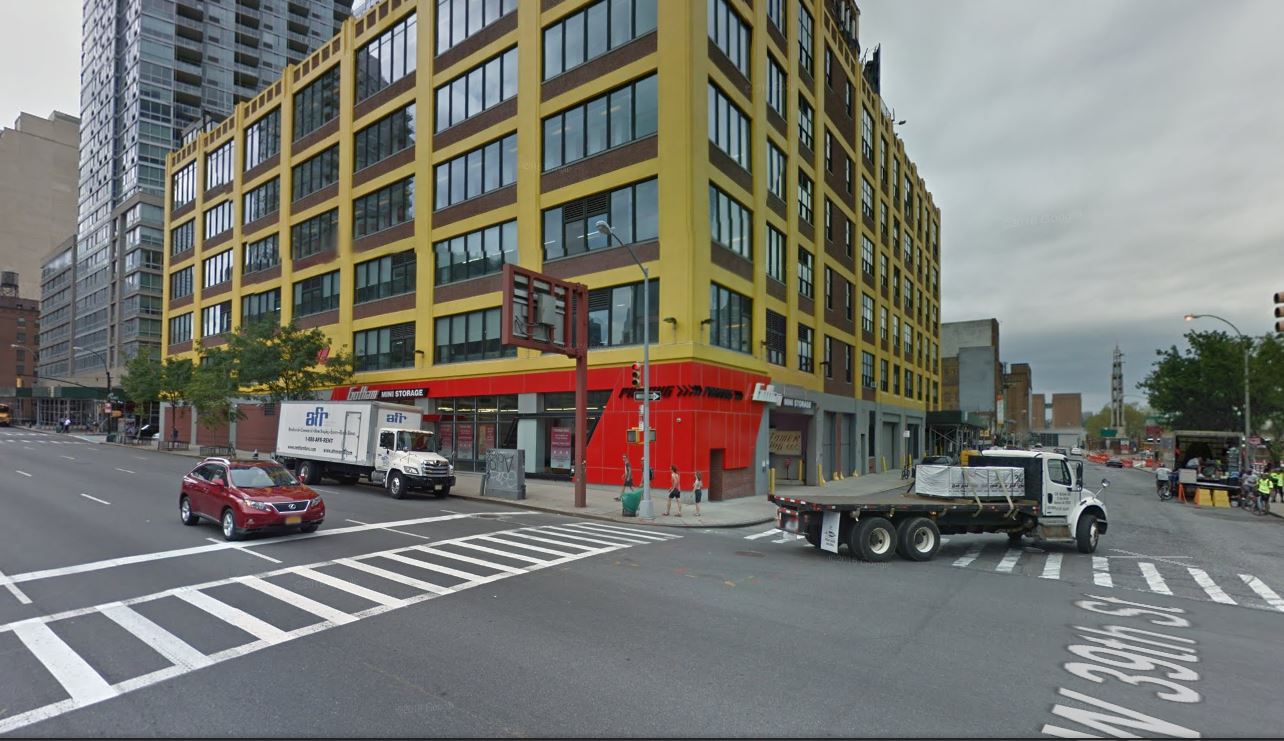 A woman was fatally struck by a truck in New York on Friday afternoon. The 57 year old pedestrian was crossing 39th Street and 10th Ave when she was hit by a truck. The truck driver was travelling North on 10th Ave and was making a left turn on 39th street (see picture) when the accident happened.  The driver identified as 28 year old Clyburn Rance stayed at the scene of the accident. He was later arrested by the police.  He was charged with failure to yield to a pedestrian, failure to exercise due care, and failure to adhere to the highway law.

At the beginning of November, a campaign entitled “Dusk and Darkness” was launched in New York City to inform drivers and pedestrians about the increased risk of accidents during fall and winter darkness. During the 3 months following daylight saving time, twilight sets around 4:30 pm in New York City.  Between 5:00 pm and 7:00 pm when most commuters are coming out of work, the streets are already dark. The risk of accidents increases as visibility decreases and a higher number of pedestrians hit the streets of New York City.  Recent statistics show that 6 out of 9 pedestrian accidents during the 3 months following daylight saving times occur after sunset.

The intersection of 10th Ave and 39th street is extremely busy on Friday around 5:00 pm as it is located next to the entrance to the Lincoln Tunnel to New Jersey.

END_OF_DOCUMENT_TOKEN_TO_BE_REPLACED

A woman died in a truck accident in New York last Monday. 68 year old Nuesa Marques-Diniz was crossing 42nd street between Fifth Ave and Madison Ave, in Manhattan, when she was struck by a truck. The accident occurred around 8:00 pm. The woman was a New York resident from Brazil.  The truck belonged to the electrical company Hugh O’Kane Electrical Co. It was transporting two huge spool of wire. The pedestrian was crushed with the front and rear driver-side tires. She died at the scene of the accident.  The truck driver stayed at the scene of the accident. He wasn’t charged. Read more in the NY Daily News

The woman had just came out of the Mc Donald and was crossing the street here. Picture: courtesy of Google Map

A pedestrian who was crossing the street was struck by a bicyclist on Saturday night. The bicyclist didn’t stop. He sped off leaving behind him a pedestrian seriously injured. The accident happened at the intersection of E. 70th Street and First Ave in the Upper East Side of New York around 8:10 pm. The pedestrian was attempting to cross the street when the bicyclist struck him. Witnesses said they heard his head cracking as it slammed on the asphalt. They also said the man had convulsions. The police haven’t apprehended the cyclist yet. Read more in the NY Daily News